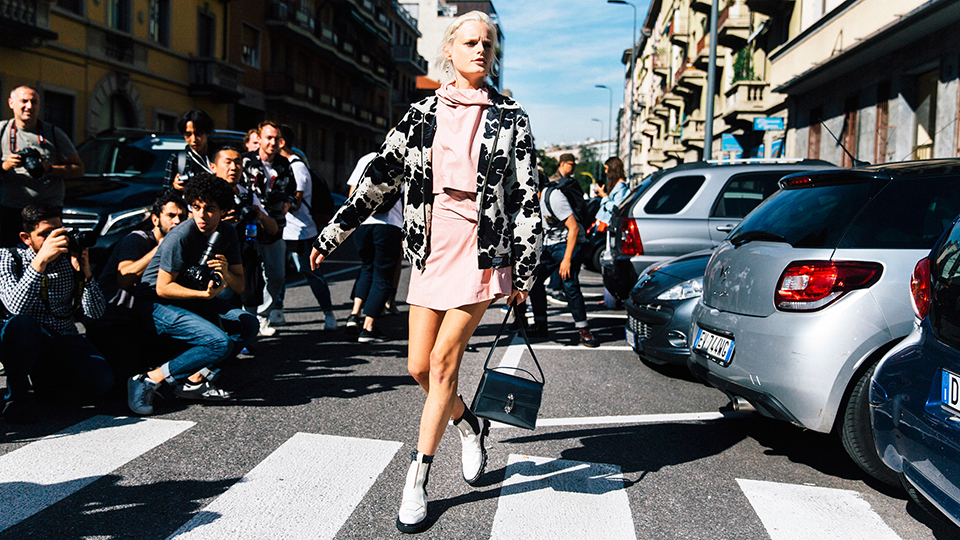 Stick around long enough after a fashion show has ended and you’ll see the rush of models emerge from backstage in their street clothes. Outside, there will invariably be a group of photographers and journalists hovering like fans around a stage door on Broadway, ready to snap pictures and jot down notes on the brands the girls are wearing. Certain models will inspire a mob scene: the Karlies, Kendalls, and Gigis, sure, but also girls like Soo Joo Park and Hanne Gaby Odiele who dress—and pose—with personality.

Clearly, we care about how models dress—maybe now more than ever before.

The phrase “model off duty” entered the fashion lexicon in 2006, when Alexander Wang used it—or M.O.D. for short—to describe his slouchy, downtown aesthetic and the leggy muses who inspired it. As Wang’s brand took off, so did the term, and the so-called “model off duty”—effortlessly glamorous in a slouchy T-shirt and black skinny jeans—became an exalted figure, celebrated for the apparent ease of her look while remaining as elusive as ever. (After all, the dirty little secret of the M.O.D. ensemble is that it loses most of its cachet when worn by mere mortals.) 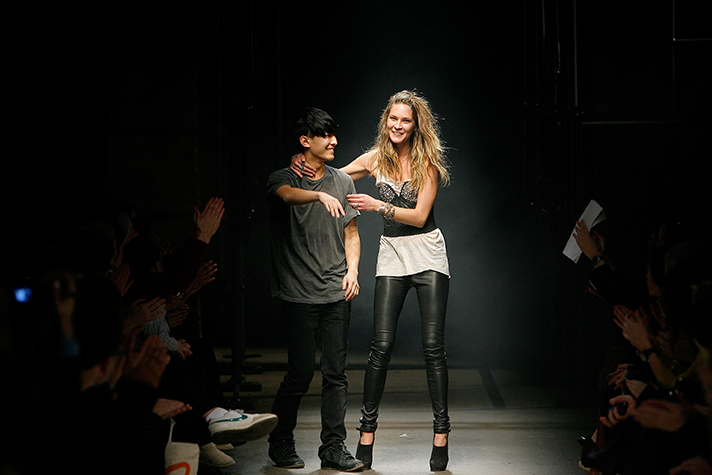 Also beginning to catch on at the time were street-style blogs. Scott Schuman had just started The Sartorialist, posting photos of stylish New Yorkers alongside the occasional gaggle of models in between castings. Soon came Facehunter, Stockholm Street Style, Tommy Ton’s Jak & Jil, Street Peeper, and dozens more, turning what was once a field dominated by The New York Times’ Bill Cunningham and a handful of niche Japanese magazines into a thriving cottage industry.

As a fashion-obsessed teenager in Toronto, I hoarded every photo I could find online of my favorite models in their own clothes (a rarity at the time). Before street style, photos of models backstage or outside the shows were humanizing, in a way—reminders that even Calvin Klein’s glamorous Russian sylphs often looked like regular, awkwardly dressed teenagers off the catwalk.

Natalie Joos, the writer, stylist, and street-style fixture who runs the website Tales of Endearment, recalls that when she set up her own casting agency in New York City in 2003, personal style was an added bonus, not a prerequisite. “The cool girls—I’m talking about like Daria [Werbowy] when she came up—you would notice them because they look cool and they dress cool, but there wasn’t really any platform for that,” she says. “It was more like they were just models—when they came into my studio it wasn’t about that.” With the supermodel era long past, models didn’t attract enough mainstream attention to warrant paparazzi photos, and social media hadn’t yet opened the floodgates into everyone’s private lives. 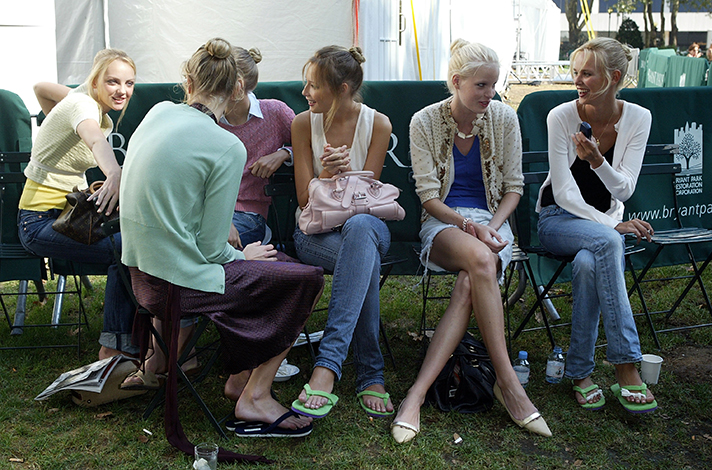 As street style took off in tandem with Instagram, models and their agencies became increasingly conscious of maintaining an all-around image. “How a model presents herself is obviously very important, not just for the client, but because social media is such a prevalent part of our industry,” says Marissa Surmenkow, the head of scouting and development at Wilhelmina Models. “As models become more prevalent and more recognizable to the consumer, they’re interested in seeing how the girls dress day-to-day. Before, models might have had more of a strict ‘model uniform’ where maybe it’s black skinny jeans and a black tank top. And now I think it’s evolved—the clients also want to see the girls’ personalities, and how they express themselves through style is really important.”

When the team is out scouting, this means looking for girls that have the whole package—personality, a sense of style, hobbies outside of modeling—in addition to checking the boxes for height, measurements, and that ineffable “look.” But while some have great taste from the get-go, others need some coaching to get there.

“We have a whole team that’s dedicated to that part of development, so when the girl comes in on day one, we’re going through her wardrobe, we’re identifying really great pieces that she already has that can complement her shape that will look good for casting, and then other pieces that would be great for street style as she’s going to and from shows,” explains Surmenkow.

Some of these statement pieces come from up-and-coming designers, who the agency works with to dress models for Fashion Week. It’s a mutually beneficial relationship similar to what many bloggers have with brands for street-style pieces—models get to wear things that will attract the attention of photographers, while designers have the opportunity for exposure (on someone who is pretty much guaranteed to look good in their clothes). It’s also an economical one, considering most new models in New York City don’t have much cash to drop on clothes. 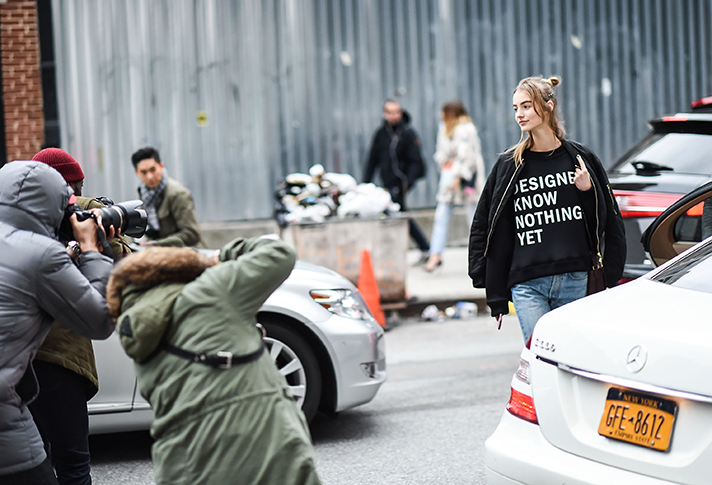 “There’s an idea that you have to ‘look expensive to book expensive,'” Surmenkow says. “It’s that idea of showing up looking the part of a model—being able to be that creative canvas for the designer they’re going to see. We want to make sure we’re very hands-on with the girls in making sure they have what they need.”

Brands will also hand out freebies to their models after shows with photographers in mind—if you’re wondering why that DKNY slogan sweatshirt seemed to be everywhere, rest assured it wasn’t an accident. And as street-style aesthetics have become more editorial, it makes sense that photographers would be eager to turn their lenses on the professionally photogenic girls outside the shows in fresh-off-the-runway hair and makeup.

While Fashion Week is the time for peacocking, some notions about how models dress for everyday jobs have also become outmoded now that clients and consumers are taking more interest in their style.

Anonymity, it seems, is out. And while the black-jeans-and-a-tee look isn’t going anywhere, the idea of “off duty” may be a thing of the past.