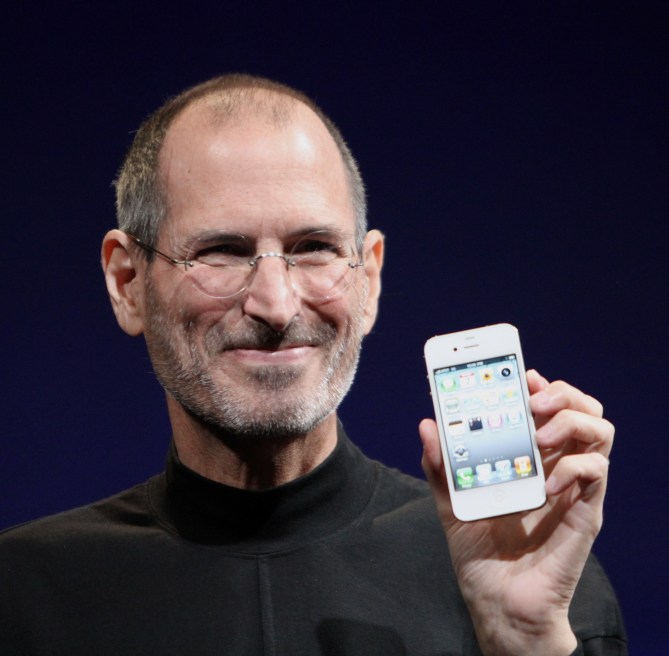 Given his status as a man of mystery, it’s hard to think of the late Steve Jobs as anything other than the tough as nails tech savant and visionary behind Apple. Chrisann Brennan, his first girlfriend and the mother of his child (he denied paternity despite taking a test that proved positive) , however, has plenty more to say about Jobs in her tell-all memoir called “The Bite in the Apple: A Memoir of My Life With Steve Jobs”.

MORE: Report: A ‘Takedown’ Piece On Gwyneth Paltrow Will Be Published In Vanity Fair

The New York Post published an exclusive excerpt from the book in which Brennan shares intimate details about the “self-entitled” and “creativly unstable” man she dated on and off when they were in their teens and early twenties. In the lengthy excerpt, Jobs isn’t portrayed in a particularly positive light, save for when discussing their “sublime” sex life, and the whole matter of him being a bona fide genius. Read through the salacious highlights below.

On their passionate sex life:
Steve and I still shared nights of lovemaking so profound that, astonishingly, some fifteen years later, he called me out of the blue to thank me for them. He was married at the time of his call and all I could think of was, Whoa . . . men . . . are . . . really . . . different. Imagine if I had called him to say such a thing.

On Jobs’ intimacy issues and hard to handle behavior:
Living with Steve in Cupertino was not as I had expected it to be. We shared nice dinners and some beautiful evenings, but we could barely sustain a sense of emotional intimacy, much less build on it. It was like a game of Snakes and Ladders, with Steve as the game master. The ups were hopeful and the downs were extreme. I didn’t know how to hold my own with him because he didn’t play fair. He just played to win — and win at any cost.

MORE: 7 Things That Girls Do That Dudes Will Never Understand

On Job’s  longtime spiritual adviser, Japanese Zen master Kobun Chino Otogawa:
I would wake up to find Steve gently ecstatic, speaking to me in symbolic language with the Zen master’s distinct speech pattern. A number of times he spoke to me about how he had been given “five brilliant flowers.”

On criticizing Brennan’s appearance:
“When I raised my eyebrows, I had a bazillion tiny lines, like pages of a book. Steve would point this out and then, like a stage mother, literally reach over and smooth my forehead whenever I furrowed my brow. This was a new Steve. I have never liked this sort of thing in mothers, much less in boyfriends.

On criticizing others:
Steve would run down the waitstaff like a demon, detailing the finer points of good service, which included the notion that “they should be seen only when he needed them.” Steve was uncontrollably critical. His reactions had a Tourette’s quality — as if he couldn’t stop himself.

And more on their lovemaking:
On the nights when Steve and I didn’t have something to do together — and there were more and more of these — he would often come home late and wake me up to talk and make love.

MORE: New Study Finds That Sprite Could Be The Best Hangover Cure Ever