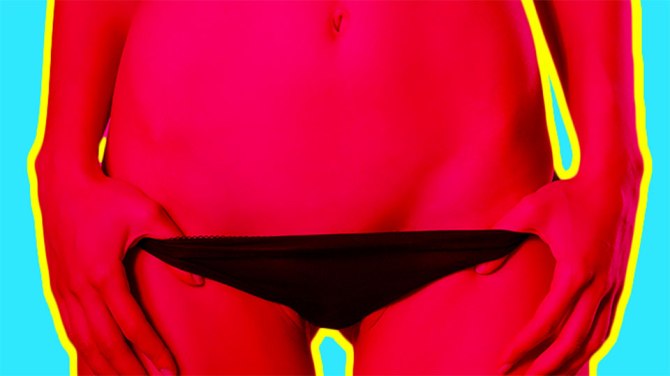 Summer is nearing its unwelcome end—sigh. Whether you’re heading back to campus or wondering how to turn your summer fling into something more, fall is a good time for a refresh on safe sex practices and STD prevention. It’s estimated approximately 19 million new sexually transmitted infections occur every year, so we’d all be wise to know facts from fiction.

Below are 20 major myths, truths, and STD prevention tips that will keep your sex life hot and, more importantly, healthy. 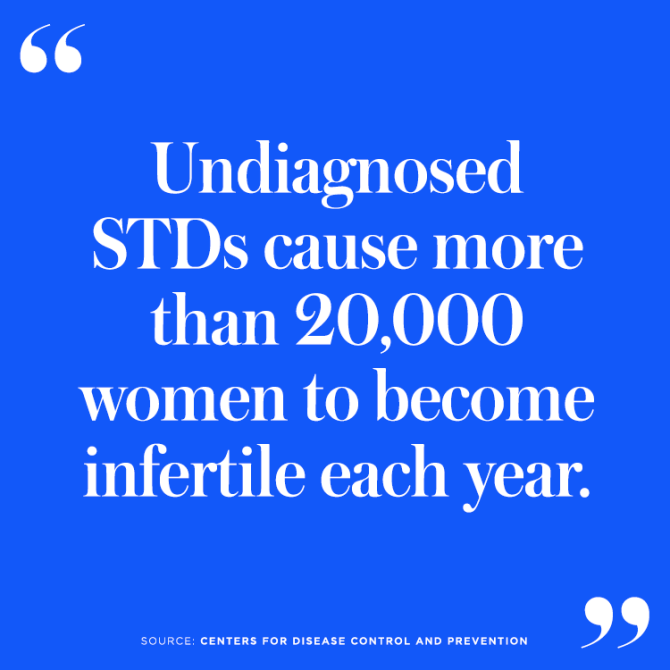 MYTH: Having no sore or rash means you’re not contagious.
Just because there’s no visible rash or blister doesn’t mean you [and your partner] are in the clear, says sex therapist and co-founder of sexpertise.org, Rachel Hoffman. “There are STDs that are contagious without a visible sore.” Like Chlamydia, which is sometimes referred to as the “hidden STD”.

FACT: The right condom can prevent STDs.
Un-lubed condoms are better for oral sex, which are especially important to use if anyone has a mouth abrasion or herpes sore. Also, Dr. Zitao Liu, a gynecologist at the New Hope Fertility Center, says, “Using non-water-based lubricants may damage condoms so be sure to use water-based lube and fresh condoms.”  Yes, condoms expire, so check what’s left in your nightstand, please.

MYTH: “Pulling out” will prevent contraction.
Hoffman says: “Any skin-to-skin contact whatsoever can lead to contracting a disease.”  And licensed marriage and sex therapist Dr. Kat Van Kirk adds, “STDs can be in blood, saliva, vaginal mucous and simple skin cells. Not ejaculating does not protect you.” So, keep a condom on it, kids.

FACT: You can get STDs from clothes and linens.
Certain STDs, like crabs, lice, and scabies, can be contracted from unclean towels and sheets and even sharing underwear, as the hard-to-spot creatures embed themselves in the fibers, says Van Kirk.

MYTH: You can get STDs from a toilet seat.
“Most STDs don’t have the shelf life to stay alive and active and then be transferred directly to the genital tract of an open wound,” says Van Kirk. Phew.

MORE: Why It’s Better to Have Sex High Than Drunk 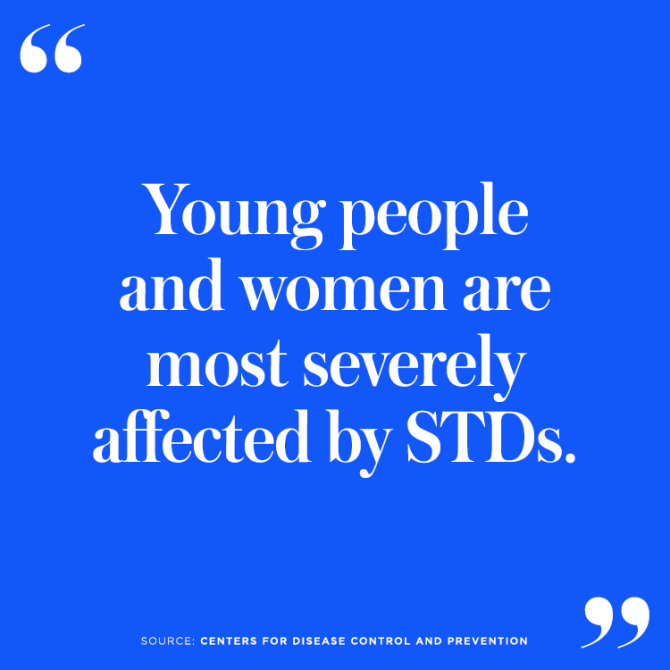 FACT: Communicating is a great way to prevent contraction.
“If the STD conversation hasn’t take place, then you are just as likely—if not likelier—to contract a disease,” says Hoffman. So, as uncomfortable as it is, be open about getting tested, sexual history and any concerns you have prior to intercourse.

MYTH: Monogamy = STD free.
“Part of the common misunderstanding around this topic is that people feel that if they are having sex with just one person then they are safeguarded from contracting an STD,” says Hoffman. Not true: Your partner could have one from previous relationships and not know because he or she’s asymptomatic (see above), or, we hate to be the ones to say it, but you wouldn’t be the first woman who’s gotten an STD as a result of an unfaithful partner. So talk to your partner and get tested regularly to be super-safe, urge the experts.

FACT: Anybody can contract an STD.
It doesn’t matter your sex, race, sexuality, or economic status, says Liu.  “Anybody is equally as likely to contract an STD or STI as anybody else under the same circumstances.” 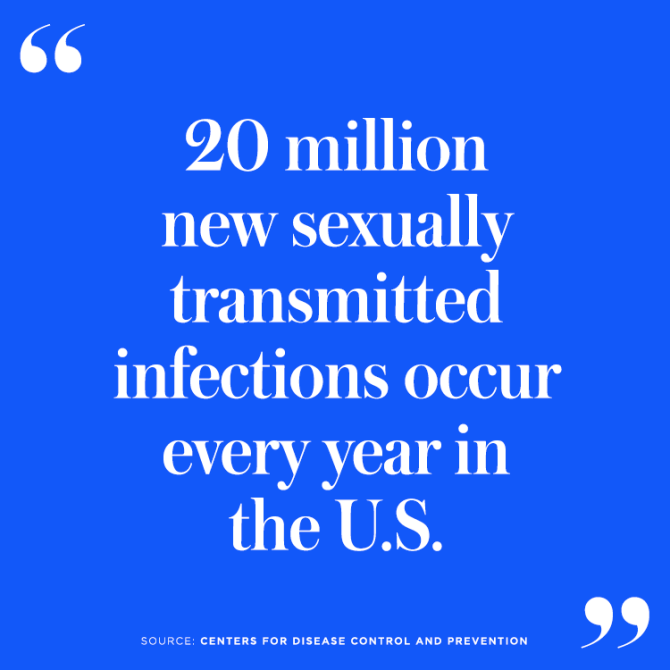 MYTH: You have to have symptoms to have an STD.
Many STDs are actually asymptomatic, meaning you don’t experience any symptoms (even invisible ones, like itchiness) but you still carry the disease.  “That’s why it’s important to get tested regardless of symptoms,” says Van Kirk.

FACT: Peeing after sex can prevent STD contraction.
“Not urinating and wiping post-sex can leave all types of bacteria in the genital tract, including chlamydia, gonorrhea, yeast, and more” says Van Kirk. Remember, your magic ingredients are: hydration, lubrication, and urination.

MYTH: Painful sex or urination are common signs of an STD.
It’s not that these signs can’t go along with an STD—it’s just that they’re likelier to be something else, says Liu.  “Many times painful urination or sex can be the result of a urinary tract infection and not an STD.” Sometimes, you may just need to lubricate more or you cramp because your partner is a little too big for you. But to be safe, if the pain is a noticeable problem, definitely check with your doctor.

FACT: Avoiding body fluid contact is the most effective way to prevent an STD.
“This means using no or low risk activities to express yourself sexually via barrier methods—a.k.a. condoms—and lower risk behavior, like hand jobs,” explains Van Kirk. But when you are sexually active, make sure to get an STD test with your annual physical exam.

MYTH: You can’t contract an STD from someone else’s toothbrush or razor.
“Although rare, using someone else’s razor or toothbrush can spread STDs such as syphilis, herpes, HPV, and in theory HIV because of the micro-abrasions it can cause,” says Van Kirk. Yikes! Sharing is not caring when it comes to these toiletries. 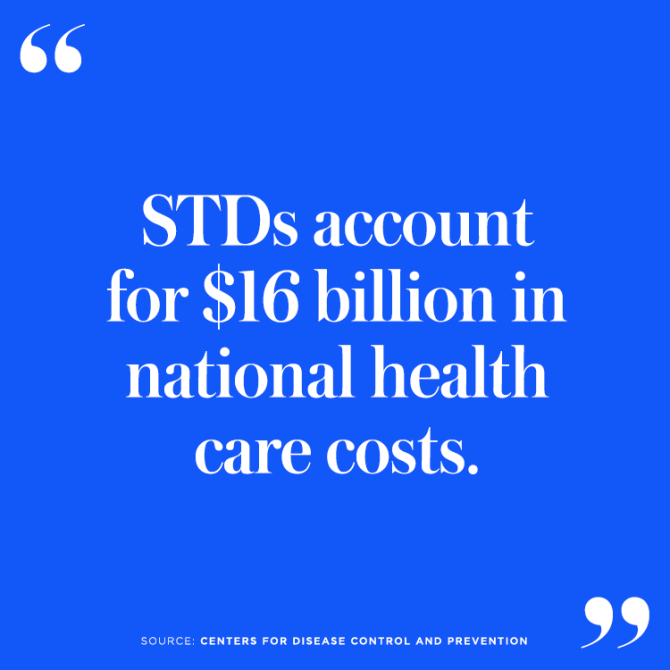 MYTH: Being cured from an STD once makes you immune.
“Just because you’ve been treated for one STD doesn’t mean you can’t have another one. In fact, you can even have more than one disease at a time,” says Liu.

MYTH: Douching after sex can prevent infection.
“Douching can [actually] introduce foreign bacteria and germs into the vaginal cavity. This isn’t recommended and could lead to serious pelvic infections,” says Liu. Remember: Your vagina is, generally, a self-cleaning body part.

FACT: Men and Women can experience the same STD differently.
According to the CDC, women disproportionately bear the long-term consequences of STDs compared to men.  For example, while HPV is the most common sexually transmitted infection in women and the main cause of cervical cancer, it’s also common in men, but most do not develop any serious health problems.

MORE: How to Navigate Your Way Around a Low Sex Drive