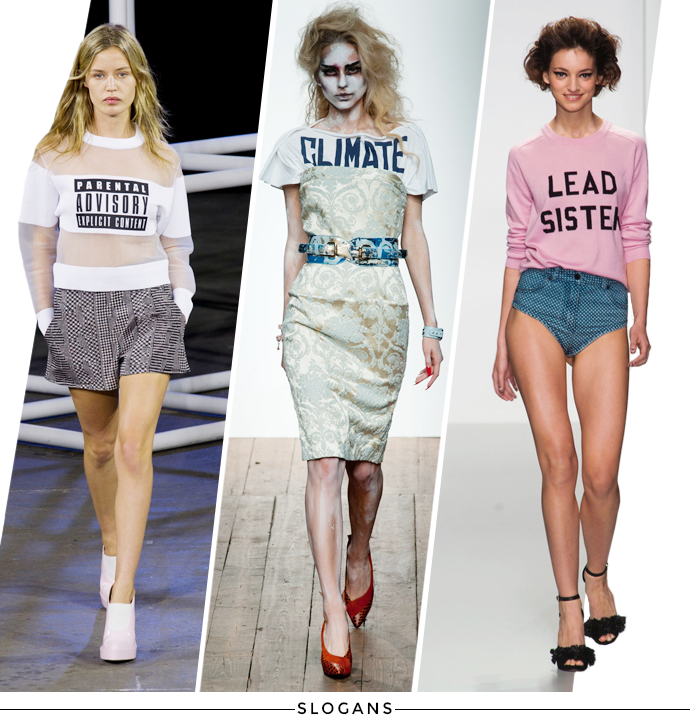 Conspicuous slogans and logos—this season’s big nod to ’90s streetwear—had everyone buzzing during the Spring 2014 shows, as a mix of designers from the fairly new (Alexander Wang, Jonathan Simkhai) to the well-established (DKNY) paraded logo-heavy apparel down the runway.

Between Wang’s $1,000 “Parental Advisory” sweatshirt and laser-cut “Wang” gloves, Sister by Sibling‘s esoteric slogans, Kenzo’s socially-conscious messaging, Ashish‘s corporate-heavy logos (sequin tanks emblazoned with Coca Cola, for example), and Jeremy Scott’s cheeky sayings, it seemed like designers had an awful lot they wanted to get off their chest for spring.

A word of advice: This trend should be handled with care—one quirky slogan is cool, but head-to-toe logos are not.