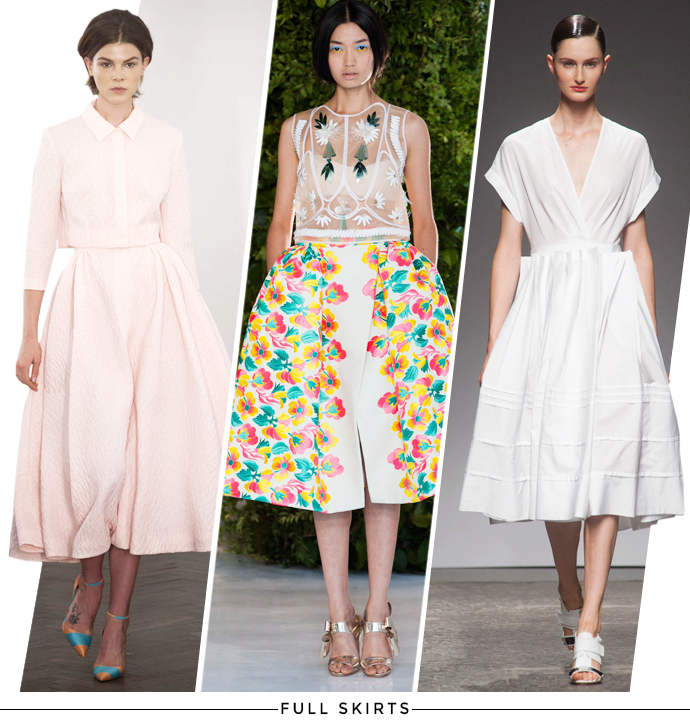 Too often, women are told to stay far, far away from anything that resembles the midi skirt. The style’s hemline—which, as its name implies—hovers between mini and maxi in terms of length, and has a less-than-stellar reputation for looking dowdy and decided un-sexy. For spring, however, the dreaded tea-length skirt got a chic makeover, as modern designers like Delpozo, Ports 1961, Emelia Wickstead, and Prada abandoned the pencil silhouette for full midi skirts.

While “ladylike” has been a general buzzword for this spring, it’s the full skirt that’s really captured our hearts thanks to its ability to instantly chic up our overall appearance, and take us back to a bygone era when women really dressed for almost every occasion.

Worried about appearing too retro? Pair your full midi skirt with modern staples, such as a leather moto jacket, a chic crop top that shows just a sliver of midsection, a shrunken sweatshirt, and a pair of fabulous heels. (Best not to pair a full skirt with flats unless you’re a vertical over-achiever.)