After much ado, the cover for the 50th anniversary issue of the Sports Illustrated Swimsuit Edition has arrived! The magazine debuted the cover on its Instagram account last night, with the caption, “Congrats @ninaagdal, @lilyaldridge and @chrissyteigen!! 2014 @SI_Swimsuit cover girls! #siswim50.” Check it out! 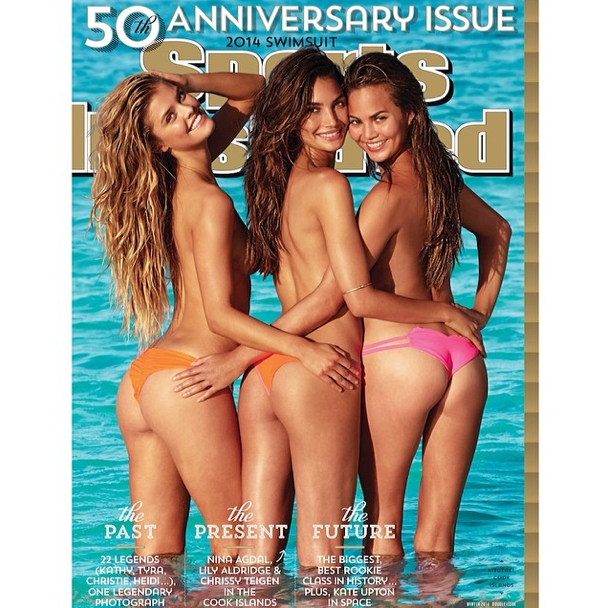 The three models, Chrissy Teigen, Nina Agdal, and Victoria’s Secret Angel Lily Aldridge, strike a pose in New Zealand’s Cook Islands, looking natural, fresh, and (of course) impossibly gorgeous. Shortly after debuting the image on Instagram, SI also shared the following video with the world, an adorable snapshot of how all three models reacted when they found out they were chosen to be on the cover of such an important issue for the magazine.

The models all look genuinely surprised to find out they made the cut for the cover, and Chrissy Teigen above all. “Are you being serious?” she asks the SI host over and over, through what appear to be actual tears. “This is exactly like my engagement.” (The model is engaged to musician John Legend.) She later said in an interview about the cover: “Nothing is going to compare to this. This is pretty epic.”

Watch the video above, and check out the physical issue when it hits stands next week!

MORE: How To Be a Model: Coco Rocha’s Advice