If you’ve watched Spider-Man: No Way Home, you may want to know the release date and spoilers for Spider-Man 4 to see when Tom Holland’s Spider-Verse will return and what the next movie in the Marvel Cinematic Universe’ Spider-Man franchise could be about.

Holland was cast as Peter Parker (a.k.a. Spider-Man), a high school student with spider-like superpowers, in a six-picture deal with Marvel Studios in 2015. He made his debut in the Marvel Cinematic Universe in 2016’s Captain America: Civil War before his first solo film as Spider-Man in 2017’s Spider-Man: Homecoming. Holland went on to star in two Avengers movies—2018’s Avengers: Infinity War and 2019’s Avengers: Endgame—before the release of his second MCU Spider-Man movie, Spider-Man: Far From Home in 2019.

A third MCU Spider-Man movie, Spider-Man: No Way Home, premiered in 2021. The movie followed the events of Spider-Man: Far From Home, which saw Mysterio (Jake Gyllenhaal) expose Peter as Spider-Man and frame him for his murder. Spider-Man: No Way Home saw Peter ask Dr. Stephen Strange (Benedict Cumberbatch) for help to restore his life and secret identity. However, Dr. Strange’s spell doesn’t go as planned and the magic breaks open the multiverse to allow supervillains from alternate realities who fought other versions of Spider-Man to arrive in the MCU’s Spider-Verse.

The movie went on to gross more than $240 million in its opening day and leave fans with a cliffhanger as to what’s next for Holland’s version of Peter Parker/Spider-Man in the Marvel Cinematic Universe. Will there be a Spider-Man 4? Read on for what we know about Spider-Man 4 and and how  Holland’s journey as the friendly neighborhood superhero could continue in the MCU.

Will there be a Spider-Man 4? 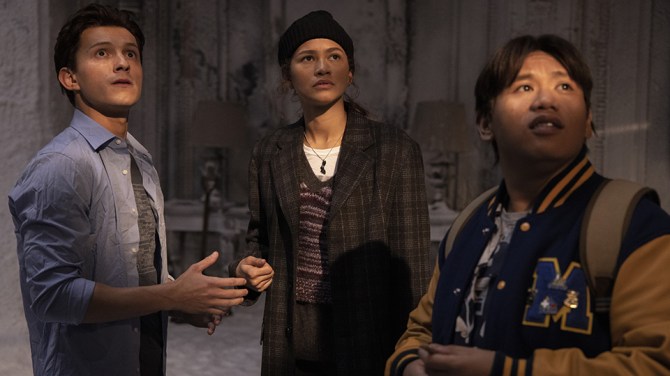 Will there be a Spider-Man 4? The answer is yes. Kevin Feige, the president of Marvel Studios, confirmed in an interview with The New York Times in December 2021 that a fourth MCU Spider-Man movie with Tom Holland is in the works after the release of Spider-Man: No Way Home. “Amy and I and Disney and Sony are talking about—yes, we’re actively beginning to develop where the story heads next, which I only say outright because I don’t want fans to go through any separation trauma like what happened after Far From Home. That will not be occurring this time,” he said in reference to the fallout between Disney and Sony, which co-own the movie rights to Spider-Man, in 2019.

In August 2019, two months after the premiere of Spider-Man: Far From Home, news broke that negotiations between Tim Rothman, the chairman of Sony Pictures Motion Picture Group, and Feige had broken down over the third MCU Spider-Man movie, which would later be Spider-Man: No Way Home. According to The Hollywood Reporter, the deal fell through was due to Disney’s request for for a higher percentage of the the third Spider-Man movie’s gross, as well as all merchandising revenue, which Sony rejected. A deal was reached in September 2019 after a phone call between Holland and Disney CEO Bob Iger. “I was really emotional because I felt like it was all coming to an end,” Holland told Jimmy Kimmel Live! at the time.

However, whether Disney and Sony will make it to all three new MCU Spider-Man movies will depend on Holland. In an interview with GQ in 2021, Holland confirmed that he wants to retire as Spider-Man by the time he turns 30. “Maybe it is time for me to move on,” he said. “Maybe what’s best for Spider-Man is that they do a Miles Morales film.” He continued, “If I’m playing Spider-Man after I’m 30, I’ve done something wrong.” Holland also expressed his desire to take a break from acting altogether. “I’d be very content with just being a stay-at-home dad, and producing a film here and there,” he said. “I might start shooting The Crowded Room [a new series for Apple TV+] and go, ‘You know what, this is what I’m going to do for the rest of my life.’ Or I might do Spider-Man 4, 5 and 6, finish when I’m 32, and never make another. I’m not sure what I want to do.”

Holland also told People in December 2021 that he wants a more diverse Spider-Man movie in the future, which leaves the door open for characters like Spider-Gwen, Spider-Woman and Miles Morales to replace him. “I’ve loved every minute of it. I’ve been so grateful to Marvel and Sony for giving us the opportunity and keeping us on and allowing our characters to progress. It’s been amazing,” Holland said. “And that’s why for me, I don’t want to say goodbye to Spider-Man — but I feel like we might be ready to say goodbye to Spider-Man.” He continued, “I don’t want to be responsible for holding back the next young person that comes in who deserves it just as much so…I would love to see a future of Spider-Man that’s more diverse — maybe you have a Spider-Gwen or a Spider-Woman. We’ve had three Spider-Mans in a row; we’ve all been the same. It’d be nice to see something different.”

What is Spider-Man 4 about? 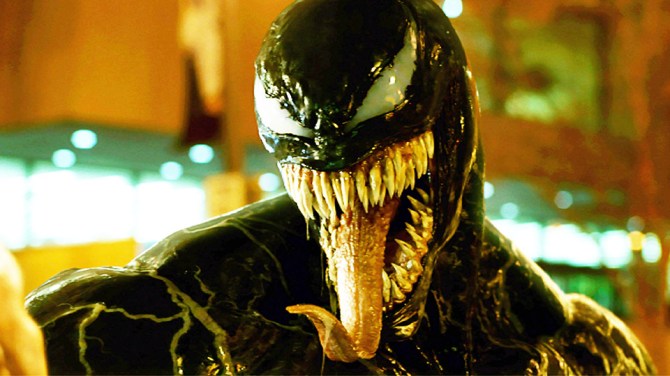 Warning: Spider-Man: No Way Home spoilers ahead. What will Spider-Man 4 be about? Marvel hasn’t confirmed the plot for Spider-Man 4 yet, but the mid-credits scene in Spider-Man: No Way Home confirmed that Spider-Man 4 will include Venom, who, in the Marvel Comics, is a sentient alien symbiote with an liquid-like form who survives by bonding with a host. The Spider-Man: No Way Home post-credit scene featured a cameo from Tom Hardy, who starred as Eddie Brock/Venom in 2018’s Venom and 2021’s Venom: Let There Be Carnage. In the scene, Eddie—who was transported to the MCU’s Spider-Verse after Doctor Strange’s spell backfired—is at a bar on a beach in Mexico as he asks the bartender questions about the heroes and villains in the MCU. He refers to Iron Man as someone in a “tin suit,” the Hulk as a man who’s “green” and Thanos as an alien who “collects stones.”

Eddie makes fun of Thanos by telling the bartender that aliens in his universe(a.k.a. Venom) don’t “collect stones” and instead, control people’s minds. The bartender tells him that he lost his family for five years because of Thanos, which makes Eddie a bit more sympathetic to what happened after the snap. Eddie tells the bartender that he should go to New York City to find Spider-Man to figure out a way to return to his universe. As he gets up, Venom tells Eddie that he’s drunk. The bartender also tells Eddie that he needs to pay for his drink. But before Eddie can do so, he vanishes in the same way the Sam Raimi and Marc Webb Spider-Man characters—Doctor Octopus, Green Goblin, Sandman, Lizard and Electro, as well as Tobey Maguire and Andrew Garfield‘s versions of Peter Parker/Spider-Man—vanished in Spider-Man: No Way Home. The bartender complains about how he knew Eddie wouldn’t pay. Just before the Spider-Man: No Way Home post-credit scene ends, the camera zooms in on a drop of black goo symbiote as it moves across the bar, confirming that Venom will be in Spider-Man 4.

There are also theories that Ned Leeds (Jacob Batalon), Peter Parker/Spider-Man’s best friend, will become the villain Hobgoblin in Spider-Man 4 after clues in Spider-Man: No Way Home. Hobgoblin is a supervillan that was first introduced in the The Amazing Spider-Man #238 in 1983. The first and most prominent version of the character was Roderick Kingsley, a fashion designer in New York City, who accessed one of Norman Osborn’s lairs that housed the equipment and formula he used as Green Goblin. Roderick used what he found to perfect Norman’s Goblin formula, which gave him superhuman strength and intelligence without Green Goblin’s insanity. He also upgraded Norman’s equipment and arsenal of weapons to make his own version of Pumpkin Bombs, razor-sharp bats and a high-tech Goblin Glider as the Hobgoblin. The Hobgoblin’s powers include superhuman strength, reflexes and intelligence; and regenerative healing, as well as Halloween-themed weapons and gadgets.

In the Spider-Man comics, Ned—whose full name is Edward “Ned” Leeds—is a reporter at the Daily Bugle, where Peter also works at. The two compete over the affection of the Daily Bugle’s secretary, Betty Brant, who Ned marries. Ned becomes Hobgoblin after he follows the previous Hobgoblin to his hideout after the villain’s fight with Spider-Man. When Hobgoblin learns that Ned is there, Hobgoblin captures and brainwashes Ned to think he’s Hobgoblin in case the real Hobgoblin is unmasked. Ned’s brainwashing causes his marriage with Betty and his professional relationships at work to fall apart. Later in the comics, Ned, who is known as Hoblin in New York City’s underworld empire, goes on an assignment for the Daily Bugle with Peter in Berlin, where he’s killed by the Foreigner at the request of Jason Macendale, a replacement Hobgoblin. Peter suspects that Ned must have been framed as Hobgoblin, as Foreigner would have never been able to kill the real Hobgoblin. Peter’s suspicions are confirmed when the real Hobgoblin kills Jason, and Robert Kingsley (the first Hobgoblin) confesses on tape that Ned was framed as the villain.

Will Ned become Hobgoblin? Spider-Man: No Way Home hints at the possibility of Ned becoming the next Spider-Man villain when he asks Maguire’s Peter if he had a best friend in his universe. Maguire’s Peter said that he did until his best friend became evil and tried to kill him, a reference to Harry Osborn (James Franco) in 2002’s Spider-Man, which sees Harry try to shoot Peter after his father, Norman Osborn (Green Goblin), dies. After Maguire’s Peter tells him the story of him and Harry, Ned becomes awkward around Peter. The possibility of Ned becoming Hobgoblin was also hinted at with the introduction of Green Goblin in the MCU, which would give a reason for Ned to take on a similar mantle. The end of Spider-Man: No Way Home also sees Peter and Ned no longer as friends after Peter tells Doctor Strange to cast a spell for everyone to forget him, so he can prevent the Multi-Verse from breaking. Doctor Strange’s spell works and everyone—including Ned and MJ—forgets Peter and Spider-Man’s secret identity. One of the final scenes of Spider-Man: No Way Home sees Peter visit MJ at the coffee shop she works at, where he learns that MJ and Ned are still friends, but have no memory of who he is.