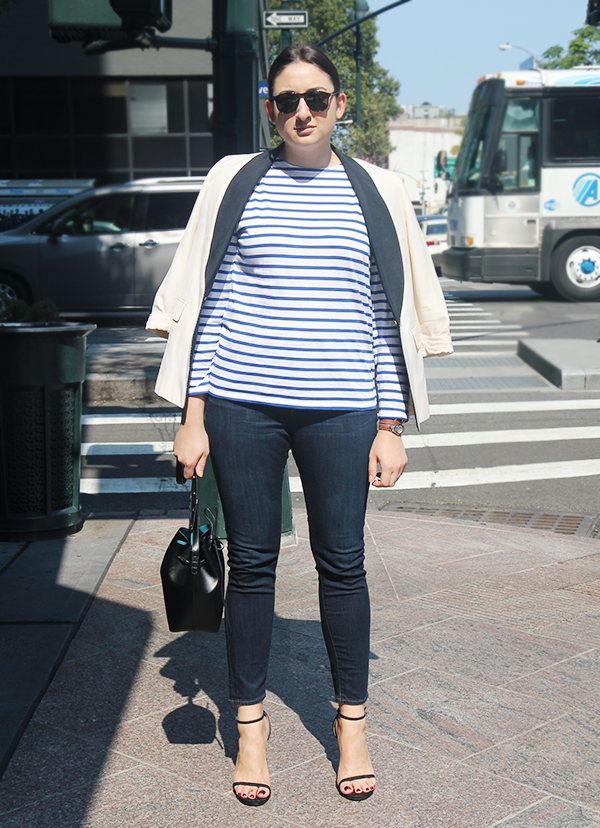 The story of how Sara Blakely started Spanx is something of a legend: She came up with the idea for her now multi-billion dollar shapewear business while selling fax machines door to door in Florida in the late 1990s. She’d always liked the way control-top pantyhose had a slimming effect when worn under slacks or a dress, but they were tough to stomach in the sweltering Southern heat. Plus, she couldn’t wear them with open-toed shoes, so she started cutting feet off. Realizing the potential of this concept, she sought out a $5,000 investment, and voila: Spanx as we know it was born.

Now 14 years later, Blakely—who’s the youngest self-made female billionaire ever according to Forbes—is looking to bring her slimming technology out into the open with denim. Granted, there’s no shortage of jeans out there that promise to suck and tuck, but if women are going to trust any brand, it’s definitely Spanx.

MORE: 5 Ways to to Banish the Dreaded Muffin Top

“I love jeans, and I wear them all the time, but there were so many things about them that I wished were different,” Blakely told us. “Many women we worked with through fit testing seemed to share my frustrations. Women, myself included, want jeans that do a little something for you, that won’t gape at the waist and keep their shape. Most importantly, women want to be comfortable and look chic in a pair of jeans.”

It was the idea that women want to look stylish while not having to worry about the dreaded muffin-top that formulated the idea for Spanx’s new jeans. The collection launched in late July with two styles in multiple cuts, which Blakely believes are unique from what’s currently out there already for a few reasons.

“We do shaping better than anyone, so I like to say, we put the skinny in the jean,” she said. “The magic of Spanx is built into hidden slimming system … There’s a magic tummy panel sewn right into The Slim-X jean and a uniquely designed shaping waistband in The Signature style. We also created slimming patterns for both cuts—the skinny and straight, so that thighs appear thinner and legs longer. And because we’re all about the butt, [we] added strategically placed pockets for a perkier looking rear view.” 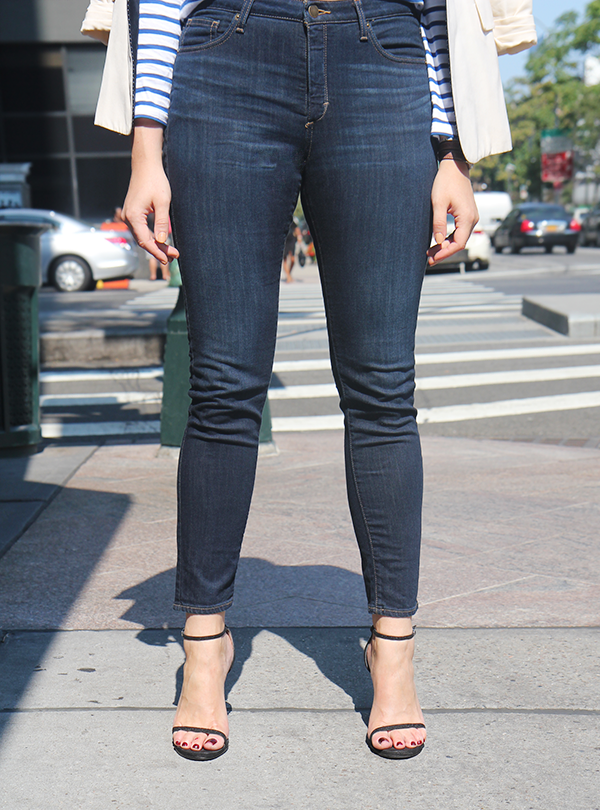 Wanting to get a sense of these jeans for ourselves, we tried out the Slim-X Skinny style, and wore them for an entire day. They look a heck of a lot like traditional jeans from the outside, though feel a bit softer to the touch, so it’s hard to get a sense of what they really do until you look inside, or try them on.

The “magic tummy panel” Blakely refers to is one of the most obvious differences from traditional jeans—it’s essentially a built-in stretchy fabric panel that sucks you in like a traditional pair of Spanx would.

Once on, they do have a shapewear effect, but you definitely don’t feel like you’re in a girdle. Our favorite part about them is they didn’t lose their stretch, even after an entire day of running around. Also the pocket linings are made of a stretchy fabric, which doesn’t bunch—another common problem jeans-wearers face.

As for the verdict on whether they’ll rid you of that pesky muffin-top? They did exactly what they were supposed to do and cinched the waist just the right amount. Bottom line: You might not look like you dropped two dress-sizes in these jeans, but they will make you look a bit slimmer in several key places.

For Spanx, jeans are a logical next move—the brand has already expanded to include lingerie, men’s undergarments, and leggings in recent years—and it’ll be interesting to see what else is in store.

As for her advice to those looking to emulate her billion-dollar business, Blakely advised: “Don’t be afraid of what you don’t know and don’t be afraid to fail. Believe in your idea, trust your gut, and don’t let anyone tell you no.”