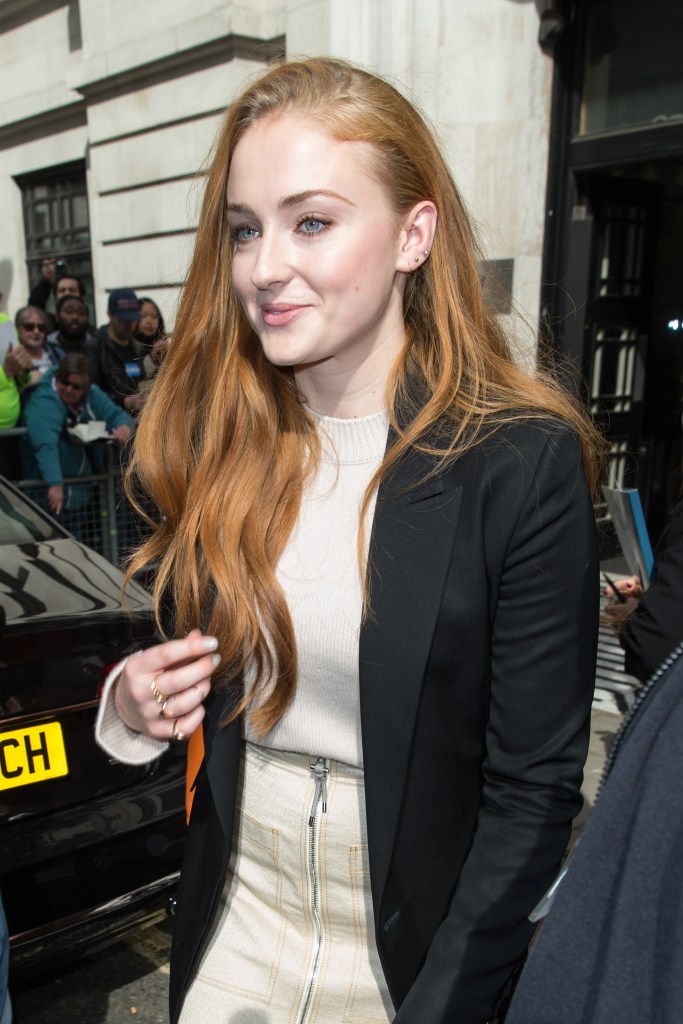 No one can resist the siren song of platinum blonde this summer, as evidenced by the scores of celebs who have decided if blondes have more fun, bleached-blondes must have the most fun of all. Earlier this week, Ashley Olsen debuted some very light-colored locks, and now British actress Sophie Turner, who plays Sansa Stark on “Game of Thrones,” just joined the white-blonde hair army. “I did a thing…..” she posted on Instagram this afternoon, alongside a shot of her eyebrows, eyes—and stunning new hair.

Historically, major hair changes have meant major story upheavals when it comes to “Game of Thrones” actors, so Turner’s new locks could very easily have some sort of plot repercussions for the show’s upcoming season seven. But, of course, Turner (and everyone associated with the show) is super tight-lipped about it all. “I have no idea if she’s going to become a real leader or if she’s going to become completely sadistic, but we’ll soon find out,” she said of her character during a panel discussion last week.

Regardless of what this may or may not mean in the context of the show, Turner’s new ’do looks like it does her pale skin and light eyes nothing but favors, just like everyone else who has taken the plunge of late, including Rooney Mara (whose hair is still bright blonde) and Emma Stone and Taylor Swift (who just dipped their toe in the bleach, only to return to more natural-looking hues quickly thereafter). If you’re a “GoT” fan, feel free to commence conspiracy-theorizing right about now. If you’re just sweating all these cool-girl hair colors, feel free to book a salon appointment—but be forewarned that with great platinum comes great responsibility.