Just call them Mr. & Mrs. Jonas! One of our favorite Hollywood couples got married last night. Sophie Turner and Joe Jonas’ had a Las Vegas wedding, and fans are shook-eth. The surprise nuptials took place after the Billboard Music Awards on Wednesday evening where The Jonas Brothers performed. It’s been 10 years since the brothers last performed together at an awards show together—definitely something to celebrate—and we guess they decided to keep the party going a while longer!

The small wedding ceremony between the 29-year-old singer and the 23-year-old Game of Thrones star was officiated by an Elvis impersonator (because…Vegas). Diplo documented the whole thing on his Instagram live feed while watching the two tie the knot at Chapel L’Amour inside A Little White Wedding Chapel.

In addition to Diplo, there were several other stars in attendance who had also been at the Billboard Music Awards, including Khalid. Turner wore a low-cut white silk shirt with silk pants and a small white veil. As she walked down the aisle, Dan + Shay performed an acoustic version of their hit song, “Speechless.” Joe’s brother’s, Nick and Kevin, served as groomsmen in matching grey suits. 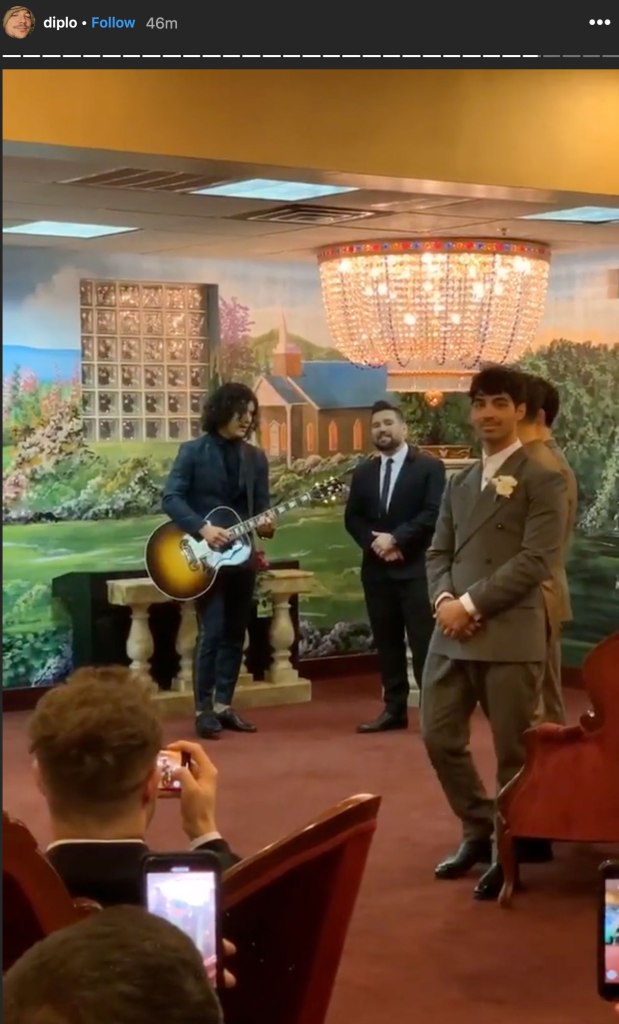 The newlyweds sealed their vows with ring pop candies for wedding bands…you heard us right, RING. POPS. Get this—Elvis (AKA the officiant) asked Jonas and Turner to individually kiss the ring placed on the other’s hand. Jonas kissed Turner’s ring, and the GoT legend full on licked that ring pop. Classic Sophie. Honestly, we can’t blame her—those things are delicious.

Elvis then had the couple hold hands and gaze into one another’s eyes before having them recite their vows. With a simple and sweet sentiment, Turner and Jonas said, “I promise you, I will never leave you.I will love and trust you, all the days of my life. In sickness and in health… forever and ever.”

AWWW. Listen—we have to admit when we first found out about this we were momentarily devastated. Weren’t they planning a huge wedding in France? TBH that will likely still happen. (Maisie Williams better still be a bridesmaid. Just saying). It looks like Turner and Jonas got married last night because they love each other so much, and they didn’t want to wait any longer.  That is absolutely adorable.

In case you need any more reason to reach for the tissues, Nick (Turner’s now-brother-in-law) did the cutest thing during the ceremony. Elvis told Turner she could have her flowers—which,  by the way, had flashing blue lights in them…normal—and Nick took this opportunity to be super chivalrous. He gallantly knelt down (bent the knee, for all you GOT fans out there) to hand Turner her bouquet.

The pair posed on a pink Cadillac after the ceremony. So yeah, as Chandler Bing would say—could they BE any cuter?

Naturally, fans are ecstatic for the newlyweds.

What we can’t get over is that they KNEW. They knew the whole time! According to PEOPLE Magazine, online records indicate that the couple applied for a marriage license earlier that day in Clark County, Nevada. A source also told PEOPLE that the wedding was definitely “legitimate.” So they were just sitting in that BMA audience biding their time knowing that in a few hours they’d be getting married.

Look at her smile…she knows she’s in for the best night of her life.

Congrats to the happy couple! What a night. 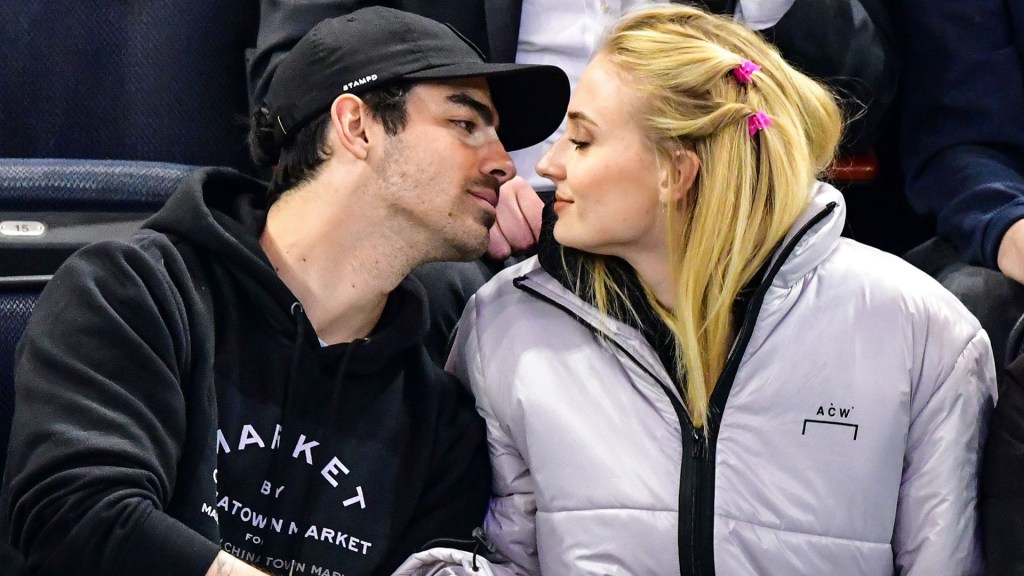