Dark Phoenix is coming, but we’re still talking about what happened on the Game of Thrones finale. Sophie Turner’s Game of Thrones poster spoiler reaction is more magical then you could ever dream of. The Dark Phenoix star was doing press for the new X-Men flick when her co-star, Jessica Chastain, causally revealed that the Game of Thrones series finale was totally spoiled in a Season 1 poster for the show.

In the poster that Chastain is referring to, Ned Stark–the father of Turner’s character, Sansa Stark is sitting on the Iron Throne (yes the same one that Drogon burnt to smithereens in the series finale.). Ned, being the brooding man that he was has a solemn expression on his face. His head is slightly bowed, and he’s dressed in his full signature leathers with a sword in his hand. It’s almost as if he knew that he was out here on borrowed time.

However, the real tea here is that if you take a close look, to the left of Ned’s elbow– you’ll spot a black raven perched on the Iron Throne.  As we now know, Bran the Broken who is Sansa’s little brother, as well as the Three-Eyed Raven, became the ruler of the Six Kingdoms. (Sansa became Queen of the North.) 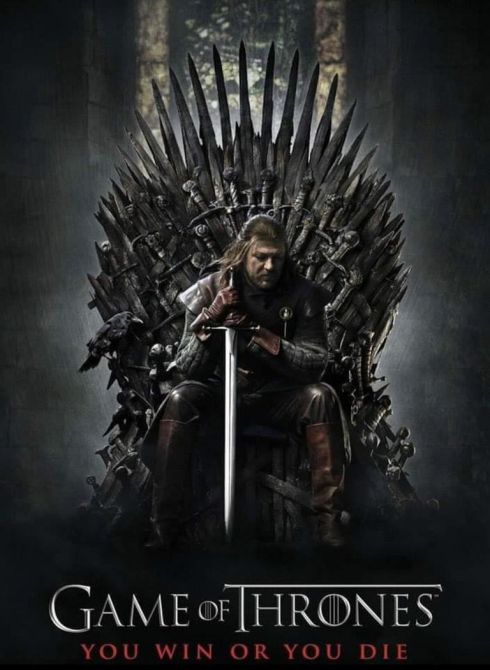 This was Sophie’s reaction. 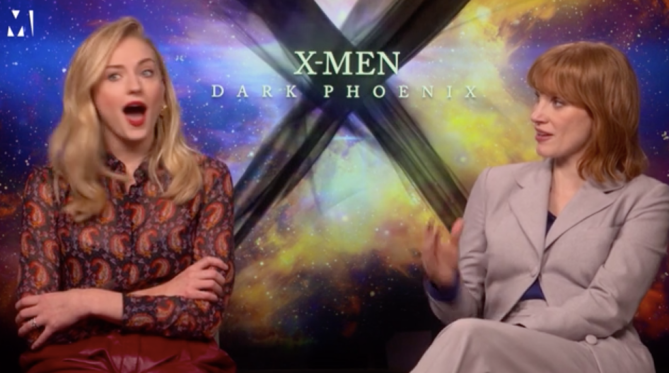 Apparently, there was also a bit of foreshadowing about Sansa’s fate in the pilot episode. According to Turner, in the first episode, Sansa tells her mother, “Mommy, I want to be Queen!” Sansa got what she wanted in the end, but it was a rocky road to get there.