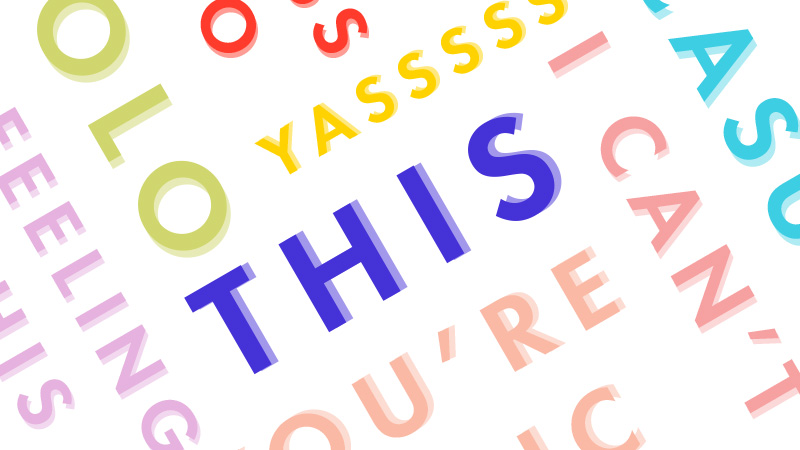 The rapid-fire proliferation of social media networks over the past five years—from Twitter to Instagram to Vine to Snapchat—has fueled a real conundrum for people who otherwise put a lot of thought into the written word. To truly participate in any particular platform requires posting multiple times a day, which presents a real challenge for those who, well, aren’t always sure what to say. Not everyone is attending a wedding in Morocco, eating a five-star meal, or wearing something particularly fabulous all the time. Not everyone has news worth sharing several times a day.

To make matters worse, the vast majority of social activity doesn’t even involve sharing important news or information—it’s about reacting to someone else’s activity, even if said post isn’t particularly ground-breaking, or all-together different from something else posted elsewhere. As Steve Bryant, the executive editor of InsideHook, puts it: “Everything on the Internet trends towards sameness … Every site you go to, you see the same five stories. The same five links. On twitter, on Slate, on Facebook, on CNN, on whatever. Same f—king thing, over and over again. Everybody RTs the same s—t.”

Language on social media isn’t all that different—in fact, it’s kind of an echo chamber when it comes to language, with phrases that are the mental equivalent of generic Magic 8-Ball answers. Maybe it’s because everyone wants to be heard, but at the same time no one wants to appear too different. Social media director Cannon Hodge (who at one point was the online voice of Bergdorf Goodman) explains: “Language always adapts and progresses. In this hyper-pixel era, generations have been conditioned to think and speak in sound bytes, emojis. Once upon a time, Dickensian-length sentences emoted page upon page upon page—but no one has the attention for that anymore. #TBT replaces Wordsworth’s Spots of Time because, sadly, we’ve altered the way we process memories and consume information. That said, the pineapple emoji is a valid response to almost everything.”

The virality of social media also can’t be ignored. Corey Kindberg, Associate Editor at The Luxury Spot and an avid social media user, highlights the fact that there are a slew of sub-sets of people on various platforms, and yet it’s amazing how quickly a hashtag or turn of phrase will travel. “Once a catchphrase really picks up in a sub-set, it’s usually picked up on a larger scale platform.”

And thusly, we see the rise of a ton of phrases on social media that basically are a way of say something … without really saying anything at all. Wondering what to say when one simply wants to share, say, a hilarious personality quiz, or something particularly funny that a friend wrote on Twitter? (A simple retweet often feels stale.) How should one comment on a photo of a friend’s scrumptious-looking breakfast? (“Delicious!” seems so obvious.) The key, you’ll see, is brevity and indirectness—character counts matter, and addressing something directly risks an actual opinion.

Here, we break down 35 words, phases, and acronyms you should start incorporating today—along with how to use ’em. 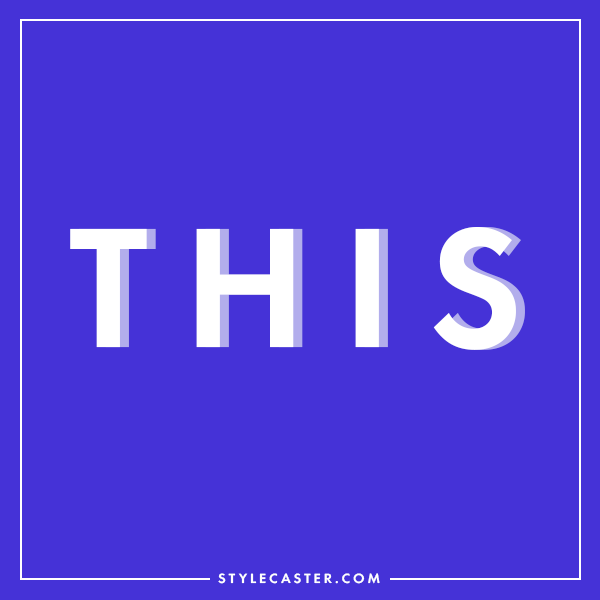 This.
So much this.
The verbal equivalent of showing up and giving a thumbs-up. Add it to retweets of things you like, or photos you want to share.
Possible extensions and alternatives: A thumbs-up or raised-hands emoji.

Werq.
Slay.
When someone looks slammin’.
Possible extensions and alternatives: “You better werq,” “werq it,” and “slay, girl, slay.” 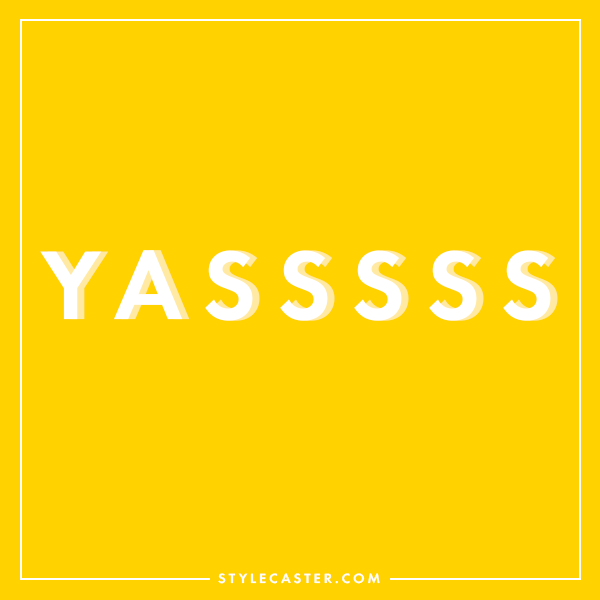 Yaaaasssss.
Everything.
Major. // So major.
Basically “this” with exclamation points, either of these phrases are a way of giving your emphatic approval to, well, anything and everything.

Zomg.
Ermagehrd.
Both iterations on “Oh my god” or “Omg”—because why in the world would you ever just say something straight-forward. 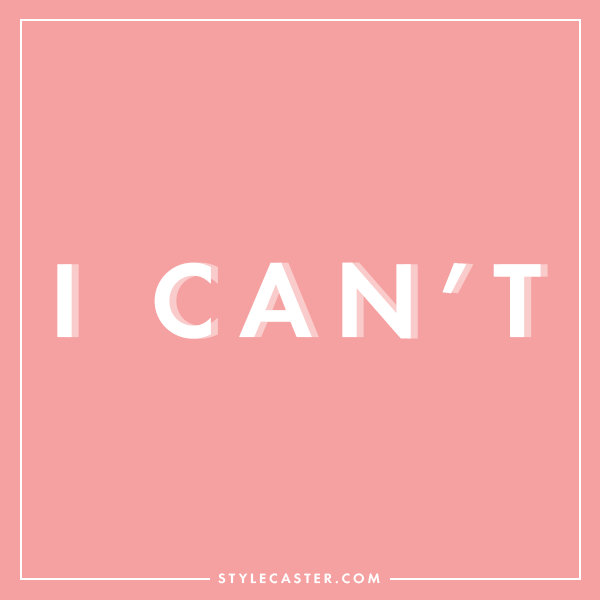 I can’t.
The verbal equivalent of throwing up your hands.

Um.
Whut.
Shock, boredom, dismay, confusion—all of these can be summed up in four letters or less. 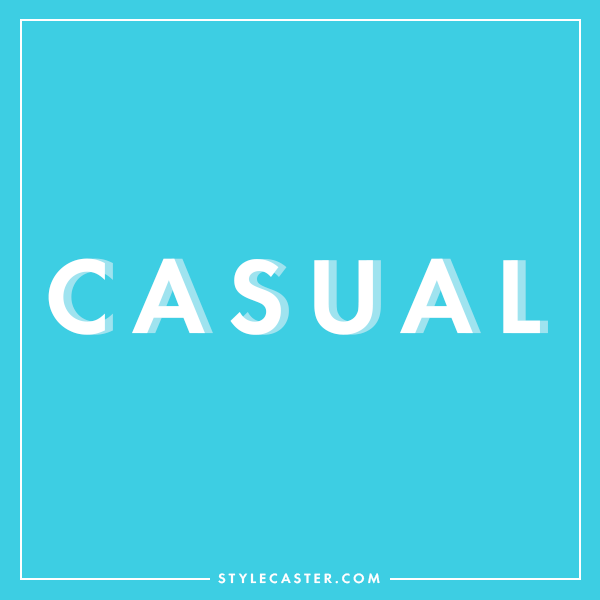 Casual.
When you want to call out something that seems over-the-top or excessive. This is the perfect short caption for a photo of yourself wearing, say, a ball gown, or eating an eight-course meal at a Michelin-starred restaurant. (Arguably a version of a humblebrag.)

Same.
This is a playful way of inserting yourself into something fabulous someone else is doing—used most effectively when that someone else is someone famous or glamorous. Say Kim Kardashian posts a photo of herself sunbathing in St Tropez? You retweet and write “Same.” Behold, you are hilarious to your friends, and arguably cooler than Kim Kardashian. 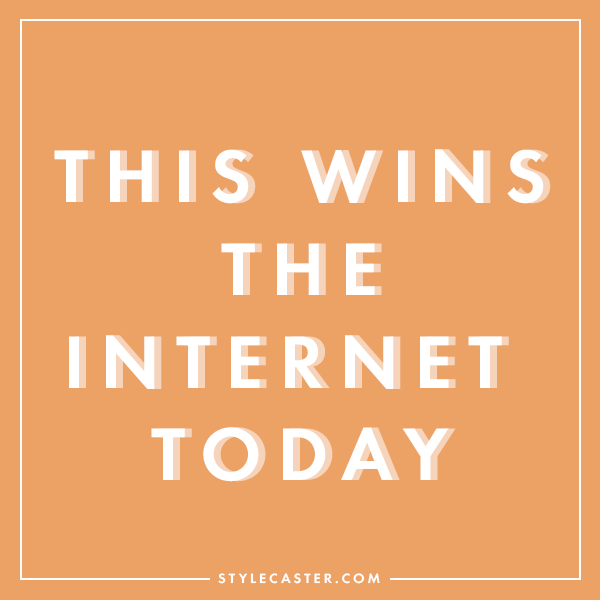 ______ wins the internet today.
Like “this” or “everything,” only with even more emphasis.  (Tragically, this phrase is wildly overused and, ergo, losing its impact.)

All of the [ … ]s.
Arguably derived from the Kanye West song “All of the Lights,” this one’s perfect for captioning a photo that offers a plethora of one thing. Try “all of the bagels” at an over-the-top bagel brunch. Or “all of the accessories” for an outfit that’s high in the jewelry category. 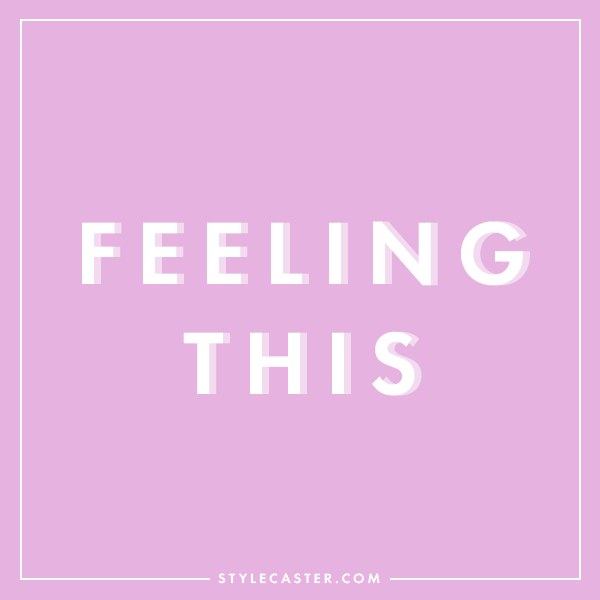 Ratchet.
Originally used as a derogatory term for women acting crazy, hitting the clubs, and only after men for their money, “ratchet” has now become a kind of badge of honor or compliment—somewhat akin to “badass” or “fierce.” 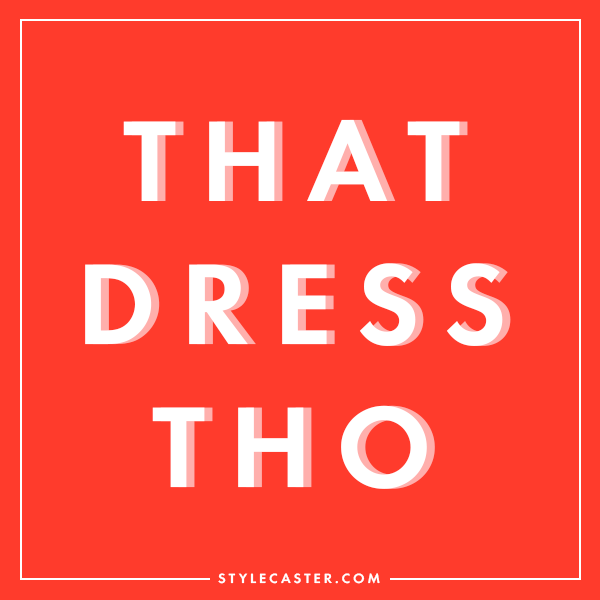 That [ … ], tho.
When “everything” or “werq” seems too simple, this phrase is the perfect way to be a little more perceptive. Looking at a photo of your friend’s prom photo? Try calling out her accessories with “those shoes, tho.”
Pro tip: For more advanced users, this can also provide a subtle dig at something in a photo or story that might not be immediately apparent, e.g. “that haircut, tho” for an old photo of a friend who had an unfortunate haircut in middle school (and looked otherwise looking killer).

#blessed.
Usage: Originally used as a sub-in for #humblebrag or “feeling lucky,” this is now used with equal relish by folks who actually feel blessed and others who are using the phrase ironically. (For a similar term, see: YOLO.) For bonus points, just use the praying emoji. 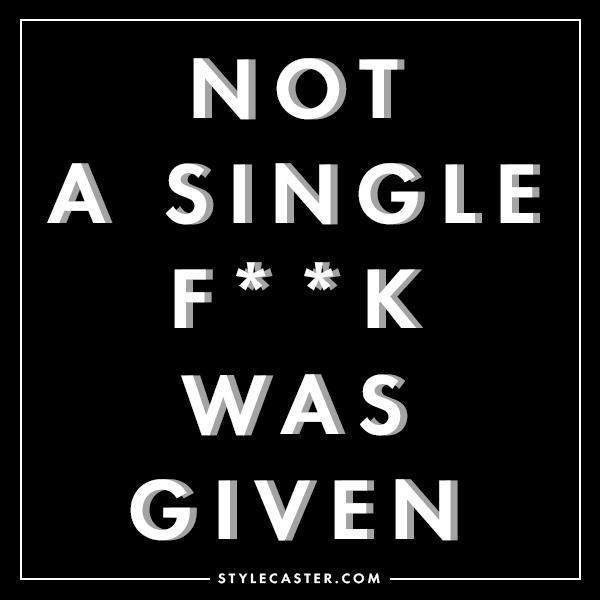 What the actual f—k.
The f—k.
TF.
When you’re looking for an expression that’s incredulous and yet dead pan. (Flash: Simply saying “what the f—k” is so two years ago.)
Possible extensions and alternatives: If you’re short on space, try simply “The f—k” or “TF” for intense brevity. 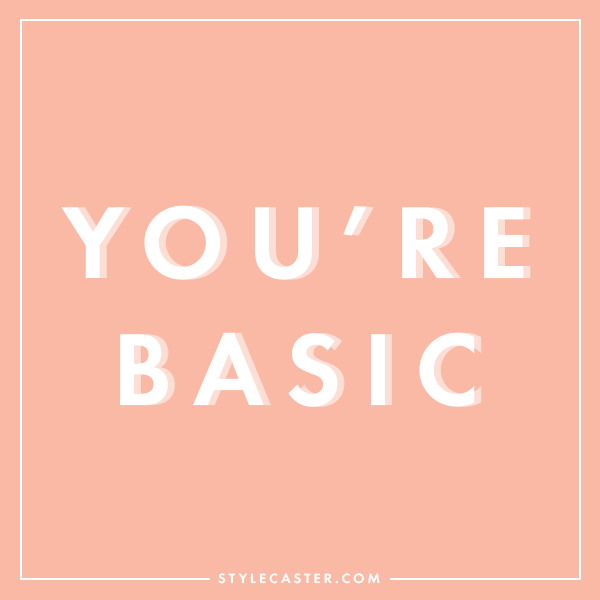 You’re basic. // Basic.
When you want to call out something stupid, low-brow, cliché, or idiotic.

Oh hai!
This one’s like the ‘Where’s Waldo’ of catchphrases—perfect for pointing out a great photo-bomb, highlighting a friend’s appearance in something (be it a photo or an article!) or perhaps noting something visually singular in a photo. Yes, it’s written that way to be cute.
Pro tip: Can be subbed in as a voice for inanimate objects. Someone sent you a cute cupcake at work? Post a pic with “Oh hai!”

Kthxbai
Basically the opposite of “Oh hai,” this concludes a thought, offers a caption on the end of something, or can be used as a diss. Best used in conjunction with a sentence, i.e. “Quit stealing my yogurt out of the fridge, coworkers. Kthxbai.” 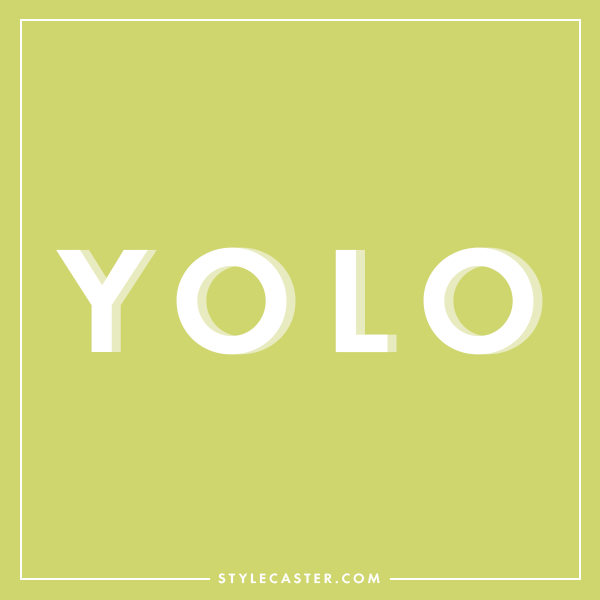 YOLO.
An acronym for “You Only Live Once,” this one’s a great catch-all for, well, pretty much anything. Picture of you skydiving? “YOLO.” Local news article about someone’s insane criminal act? “YOLO.” Heck, it even works ironically: You could caption a photo of you on your couch with “YOLO.”

Turn down for what?
A classic example of how something in pop culture can become a turn of phrase that expands far beyond its initial meaning, “Turn down for what” has its roots in a Lil’ Jon song of the same name that essentially questions anyone’s need to “turn down” or act less crazy. It’s become a catch-all for any kind of crazy behavior, or—for the real pros—a hilarious nod to how totally “turned down” a situation might be. Really, you could probably put this anywhere and it’d work. It’s YOLO-like.

Just another [ … ]
A great catch-all for when you’ve run out of options. Caption something hilarious you spotted on the street with “just another morning commute”; or add “just another day in Hollywood” to particularly crazy celebrity news.

Bye Felicia
In this case, “Felicia” is the name appointed anyone you don’t care about and, thusly, their real name doesn’t even matter. It’s a great way to dismiss anyone on social media. Don’t like their attitude? Don’t like their photos? “Bye Felicia.”