For those of us watching from the United States, the Sochi Winter Olympics are set to officially start tonight with the four-hour long “XXII Olympic Winter Games Opening Ceremony,” airing on NBC at 7:30 p.m. Of course, Sochi is 9 hours ahead of our eastern-most time zone, so if you’re in Russia, the Opening Ceremony is already old news. Thanks to the magic of the internet, that means that we have a few hints about what you’ll see when it airs tonight.

1. #TechProblems: By all accounts, the Opening Ceremony was beautiful, ethereal, and amazing. Except for one little thing: A display of animatronic snowflakes that were supposed to transform into the Olympic rings malfunctioned, leaving the presentation one ring short, and generally making the moment a little less dramatic than was probably intended. Putin can’t be too happy about that. 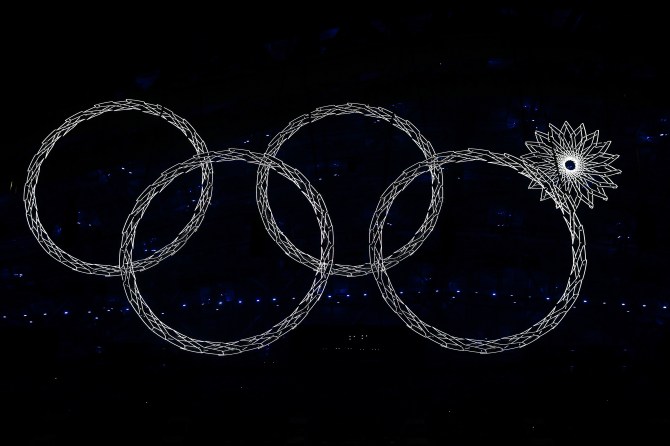 2: Faux-lesbian Duo t.A.T.u. performs, brings on the rainbow tracksuits: In an apparent attempt to avoid backlash for Russia’s reputation for state-sponsored homophobia, girl group t.A.T.u. was invited to perform. The two musicians in the group, Lena Katina and Yulia Volkova, are known for closing their show with a girl-on-girl smooch in support of gay rights, though neither woman identifies as gay. Rumor has it that the girls didn’t kiss for their Olympic moment, but they did hold hands throughout and were supported by rainbow-clad back-up dancers. 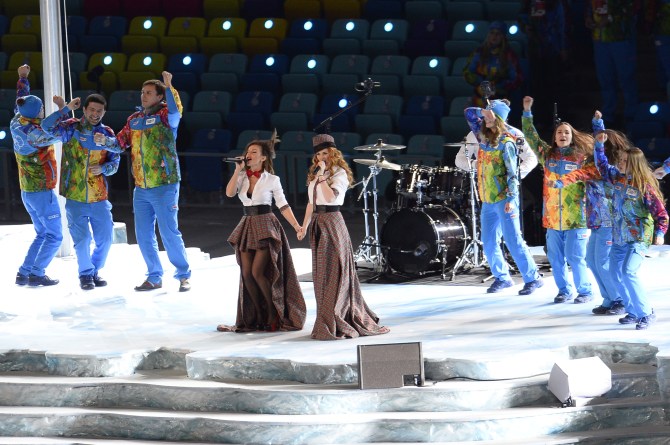 3. Germany got in on the rainbow game too: When Olympic teams walk on for the Opening Ceremony, they’re typically clad in matching uniforms in the colors of their nation. Germany, whose national colors are red, yellow, and black, innovated on the traditional look. They added a few extra colors, so that their uniforms had an ombre rainbow effect. While they insist that this was not intended as a pro-LGBTQ protest, it looks pretty political to us. 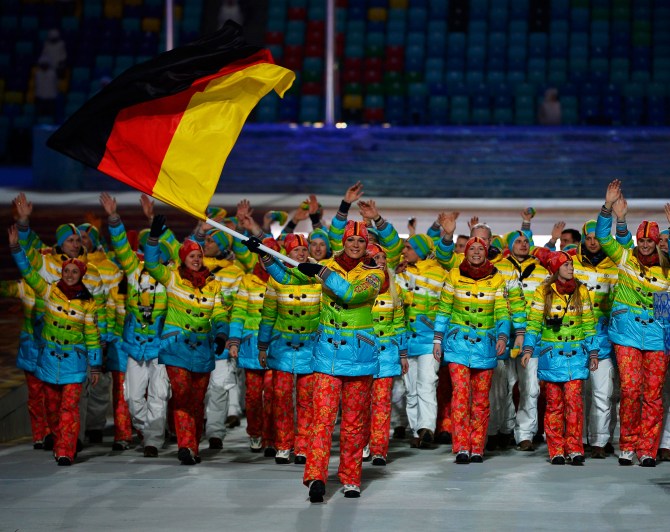 4. The ice-skating cartoon animals that’ll haunt your dreams: Russia picked three wintery, local critters to represent the nation in the Opening Ceremony, specifically a polar bear, a hare, and a leopard. While this had the potential to be majestic, awe-inspiring, etc, it ended up looking more like a trippy anime with brightly colored, enormous variations on the animals doing winter sports in center stage. 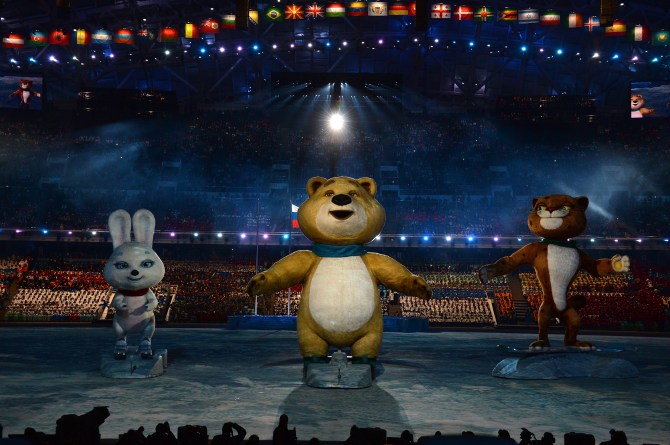 5. Okay, this is pretty cute: an 11-year-old girl opened the ceremony: Eleven year-old Liza Temnikova opened the show with the “Voices of Russia,” naming a different famous Russian for ever letter in the Cyrillic alphabet. This was followed with a representation of Russia’s rich and tumultuous history, from the Mongol invasion to the Space Race. 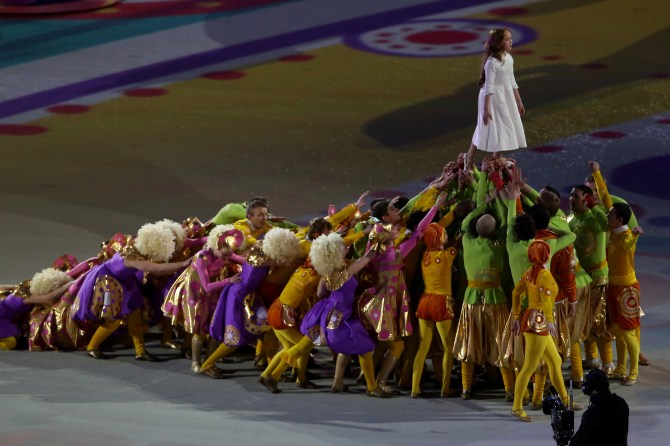