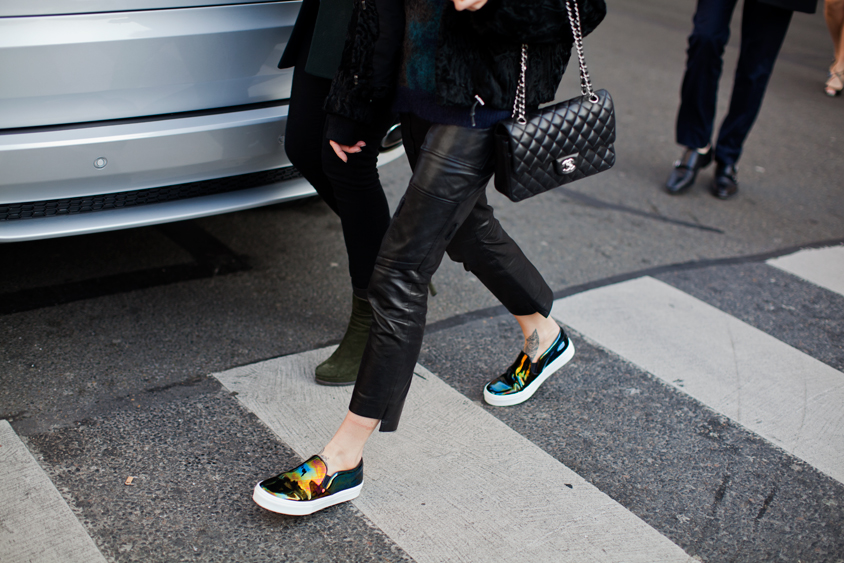 When It-girls the world over first started traipsing (or, rather, stomping) around in Isabel Marant’s wedge sneakers early last year, a revolution was set into motion.

Despite the fact that wedge sneakers are clunky, space age-y, and generally somewhat unsightly, we saw every retailer under the sun quickly create their own version at every price point imaginable, which in turn prompted the trend to travel a familiar trajectory, going from top editors, to street style stars, to fashion bloggers, to everyday fashion lovers, to bargain shoppers, to mall-crawling teenagers. And thus, the sneaker wedge became a thing that existed well beyond the plugged-in and cash-rich confines of the fashion industry.

Alas, like all trickle-down trends, the ubiquity of the sneaker wedge among the fashion set waned fairly quickly, as the style was no longer in demand, special, or status-y. (Interestingly, here in New York, a great deal of local consignment shops have been advertising that they’re actively seeking the style, which means even they know that folks are looking to unload their sneaker wedges.)

Obviously, when one trend goes out the window, another swiftly swoops in, and judging by a host of street style pics, fashion campaigns, and e-commerce sites, we’re guessing the slip-on sneaker is the new sneaker wedge. 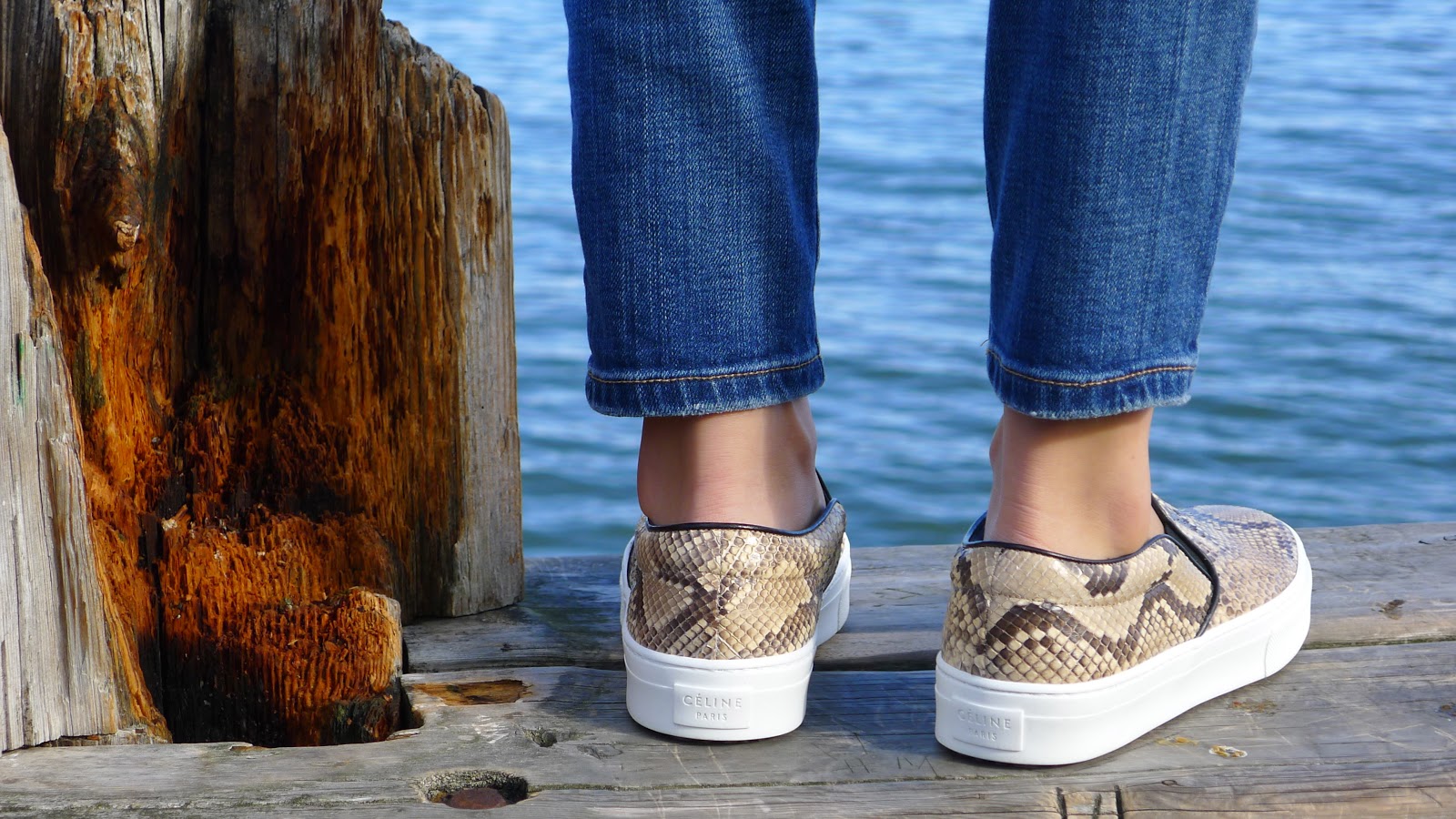 While the slip-on silhouette isn’t, in fact, new—it’s long been favored by skateboarders, grunge-lovers, and pretty much everyone in the ’90s—it’s never truly been embraced by the couture crowd, until now.

Not surprisingly, Céline—the arbiter of everything that’s cool and coveted these days—was an early adopter of the fashion slip-on sneaker, releasing $720 ponyhair versions as part of it’s spring/summer 2012 collection, swiftly followed by a near-exact all-black iteration by Zara, which was favored by a variety of hip fashion bloggers the world over, and which sold out in the blink of an eye last winter. 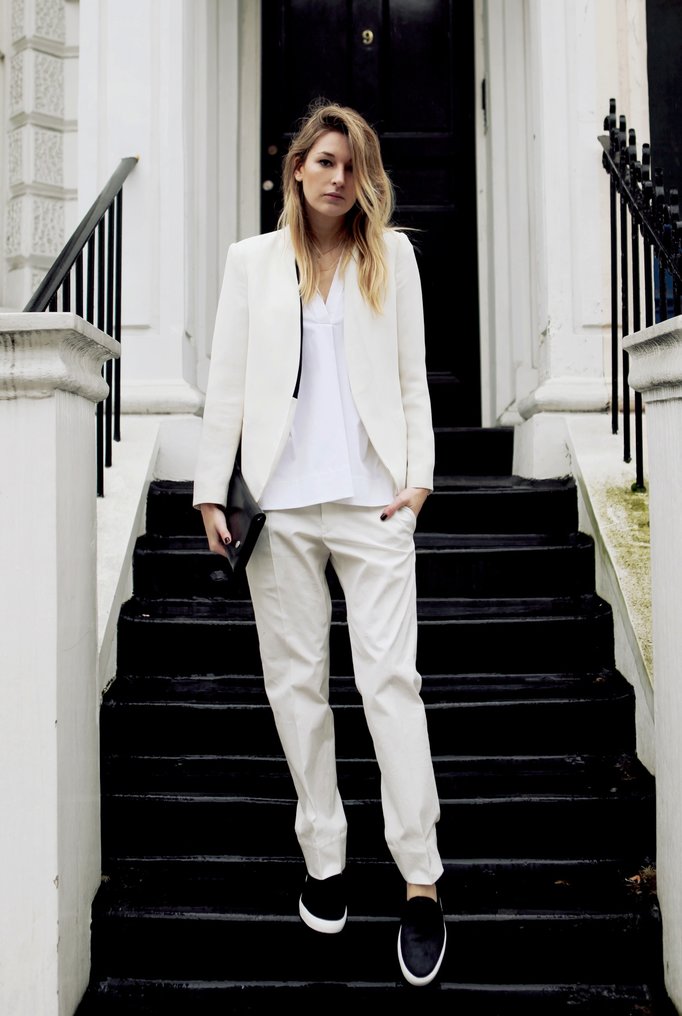 From there, the trend began to spread—Barneys’ impossibly cool Fashion Director Tomoko Ogura appeared in a Glamour feature wearing a pair of Céline’s python-printed slip-ons, prompting Glamour.com to write a blog post about how they “received letter after letter asking about” Ogura’s sneakers, making them the most popular shoe in its March 2013 issue.

Obviously, other designers took note and released their own high-end styles: Givenchy, Tory Burch, and Katie Grand for Hogan to name a few, which were inevitably followed by lesser-priced contemporary designers creating their own versions like Kurt Geiger, Michael Kors, and Vince. Not to mention the three versions Zara released this spring (a black and white zebra print, a bright pink solid, and a neon tie-die print, though we’re expecting to see many more from the retailer come fall. 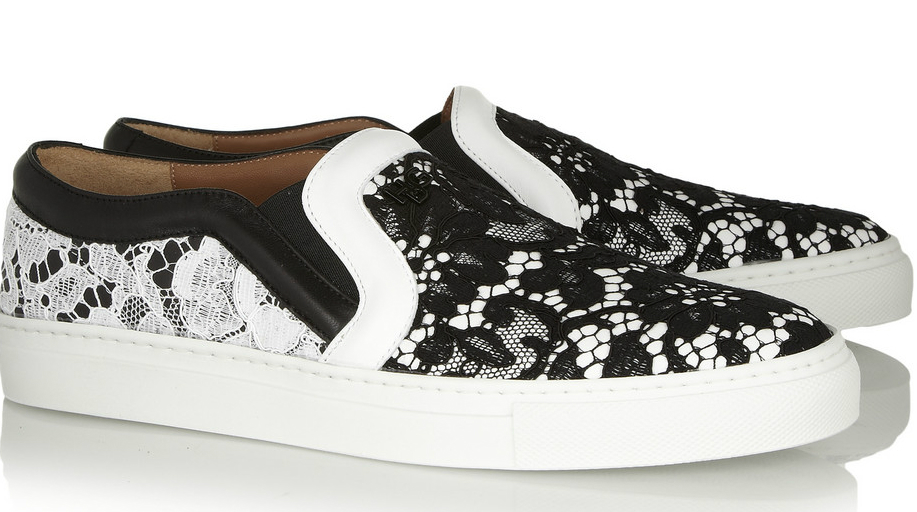 Also spurring the trend is the fact that designers and brands have used the slip-on sneaker in various campaigns, often styling them to easygoing perfection.

Most recently, British label Studio Nicholson released its Summer 2013 lookbook, in which every outfit was topped off with a pair of leopard Céline slip-ons. What’s more, we ran a post about the lookbook and were floored by how many comments from readers via Twitter we received about where to find the sneakers! 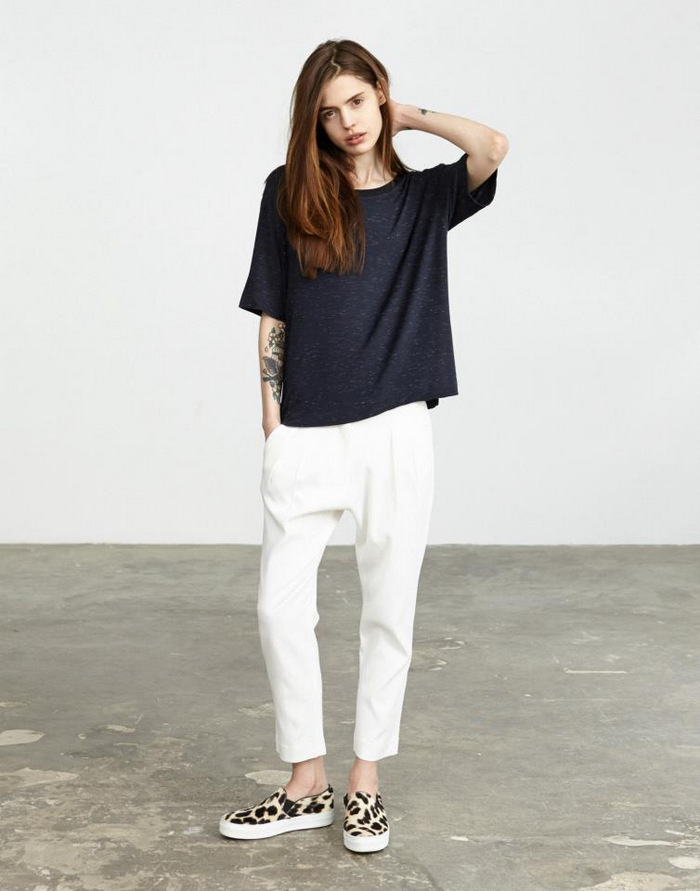 Every look in Studio Nicholson’s Spring 2013 campaign was styled with Céline slip-on sneakers.

For its Fall 2013 campaign, Madewell picked up on the trend but stuck to using a familiar, accessible pair on slip-in sneakers: Vans’ checkerboard style, which were paired with preppy staples to flawless effect. 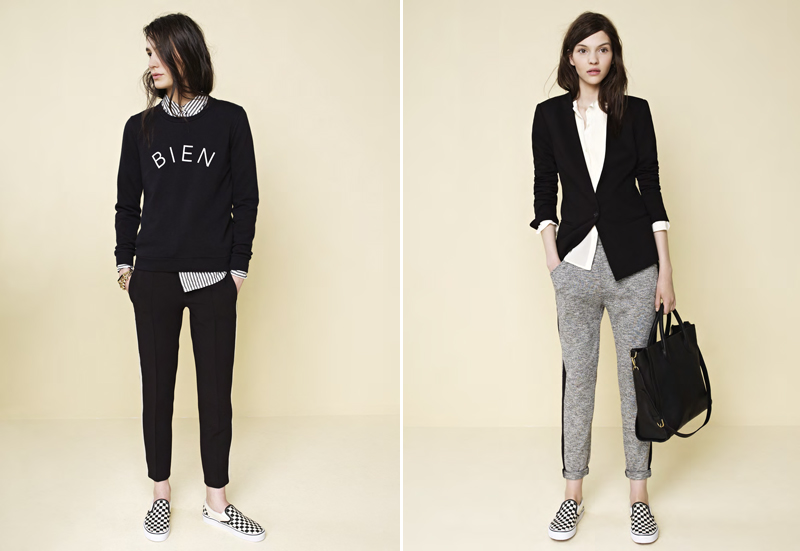 If you’re a fan of the slip-on sneaker—or you’re wondering how to style them in cool ways—it’s worth keeping a close eye on designer collections and fast-fashion offerings this fall, as well as street style blogs during September Fashion Week, as we have a feeling the sneaker style is going to be pretty widespread come autumn.