As much as I love the energy and hustle of New York City, it’s always a welcome change-of-pace to leave the city that never sleeps and remember what life’s like without subways, pavement, and eight million people crammed onto one tiny island. 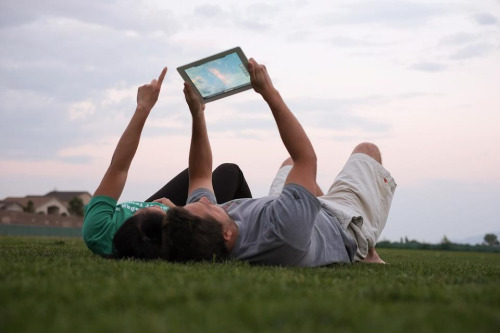 Last weekend, I escaped the city to spend time at the beach with my friend — there was no WiFi, no distractions, and very poor cell reception, which basically meant a tech-free weekend, an anomaly that I readily embraced. One night however, after we trekked to the beach to look at the stars, my friend whipped out her phone and started pointing it at the sky. I could feel prickles of annoyance starting to rise — wasn’t it enough that we could actually see stars without smog or light pollution? Did we have to document the moment with an Instagram?

She, however, had bigger plans than taking a selfie with the stars. She opened up an app called SkyView, which shows you the stars, planets, and constellations that you’re looking at in real time when you point it towards the sky. We were finally able to identify all the constellations that we had gamely tried to find earlier, and could even see where the sun was, despite it being dark out.

SkyView needs no WiFi to work (a boon if you’re trying to connect with nature and have limited access to a modem) and can be used day or night. It’s currently available on the app store for $1.99, which is a steal for having a stargazing guide at your fingertips at all times.