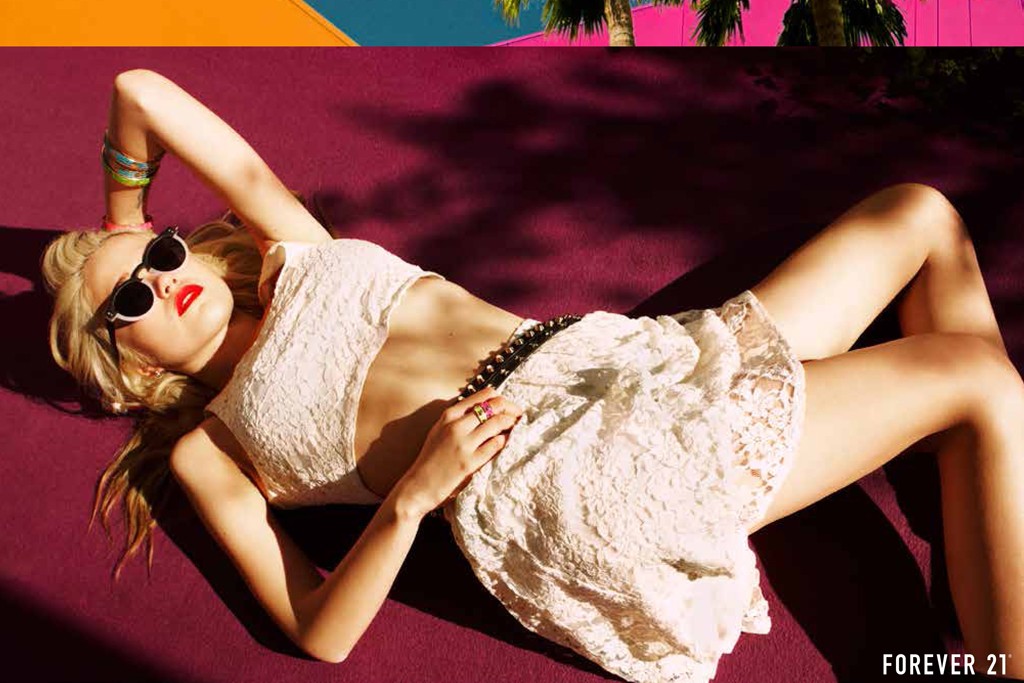 When you think of mass retailer Forever 21, known for fast fashion at cheap price points, you probably wouldn’t think of singer and New York it girl Sky Ferreira as its ideal spokesperson. Especially since the 20-year-old’s most recent modeling gig was showcasing Saint Laurent’s Pre-Fall 2013 collection in ads—the polar opposite of Forever 21 in every way.

However, the fast-fashion Mecca is releasing a “capsule festival” collection on March 22, and considering Ferreira is on the 2013 Coachella lineup, it makes perfect sense.

Shot by photographer David Roemer at the Saguaro Hotel in Palm Springs (appropriately right down the road from the main stage at Coachella), the F21 campaign features Ferreira clad in crop tops, tie-dye dresses, and high-waisted shorts—otherwise known as the unofficial uniform of a celebrity at Coachella (Rihanna and Vanessa Hudgens are perfect examples).The wallet-friendly 85-piece range also includes plenty of crocheted items, dip-dye denim, lace and studs, all priced between $4.80 and $39.80.

What do you think of Ferreira’s campaign? Can she make it in the mainstream—or should she stick to the downtown scene?