Few fictional characters (or actual people) have wardrobes that hold a candle to Carrie Bradshaw‘s in Sex and the City. The show’s iconic protagonist was known for her bold sartorial choices—the fluffy mesh tutu she wore in the title sequence, the elaborate gown she wore on her would-be wedding day, the Manolo Blahniks she (regrettably) wore to a shoe-less party.

But Sarah Jessica Parker just proved her closet might have something on Bradshaw’s, after all. 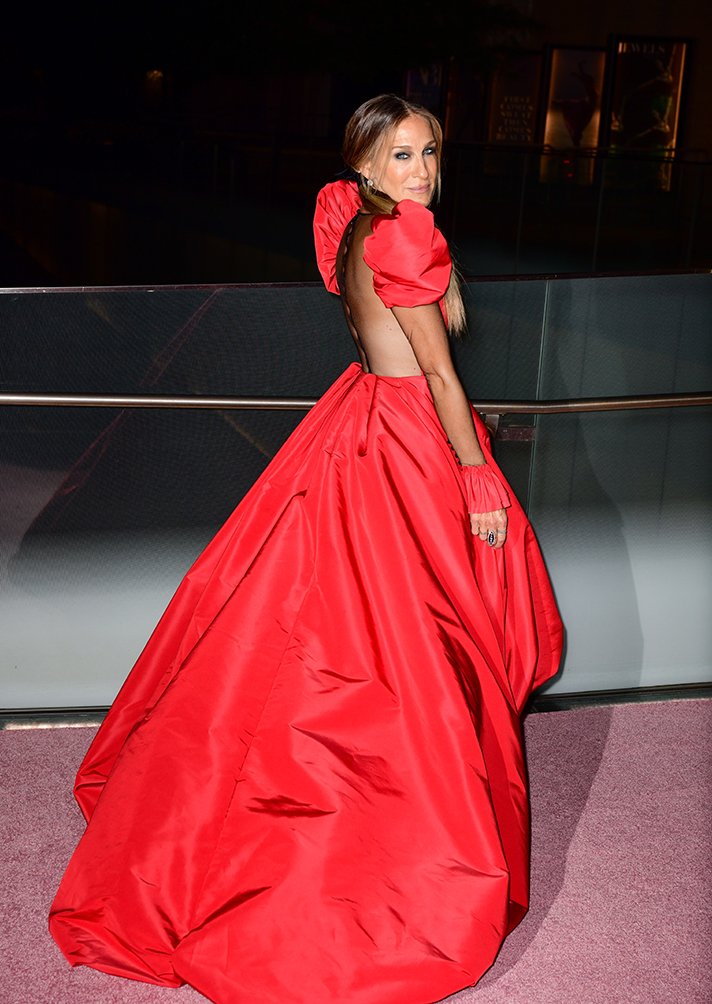 MORE: What ‘Sex and the City’ Got Right (and Wrong) About Consent

On Thursday night, Parker attended the 2018 New York City Ballet Fall Fashion Gala at the Lincoln Center. And she did so in truly stunning fashion. The actress wore a massive red gown, complete with puffy sleeves, a dramatic V-neck and an open back.

Though the dress itself was worthy of Carrie Bradshaw (in her most avant-garde moments, of course), the way Parker accessorized it further elevated the look. She paired the red ball gown with a matching scarlet bracelet, as well as a fluffy purse in a darker, ruby tone. She kept her hair simple—slicked back in a low ponytail with two strands of hair delicately framing her face—and opted for statement jewelry, earrings and a few rings.

The entire ensemble was enough to make our jaws drop. And drop, they did. 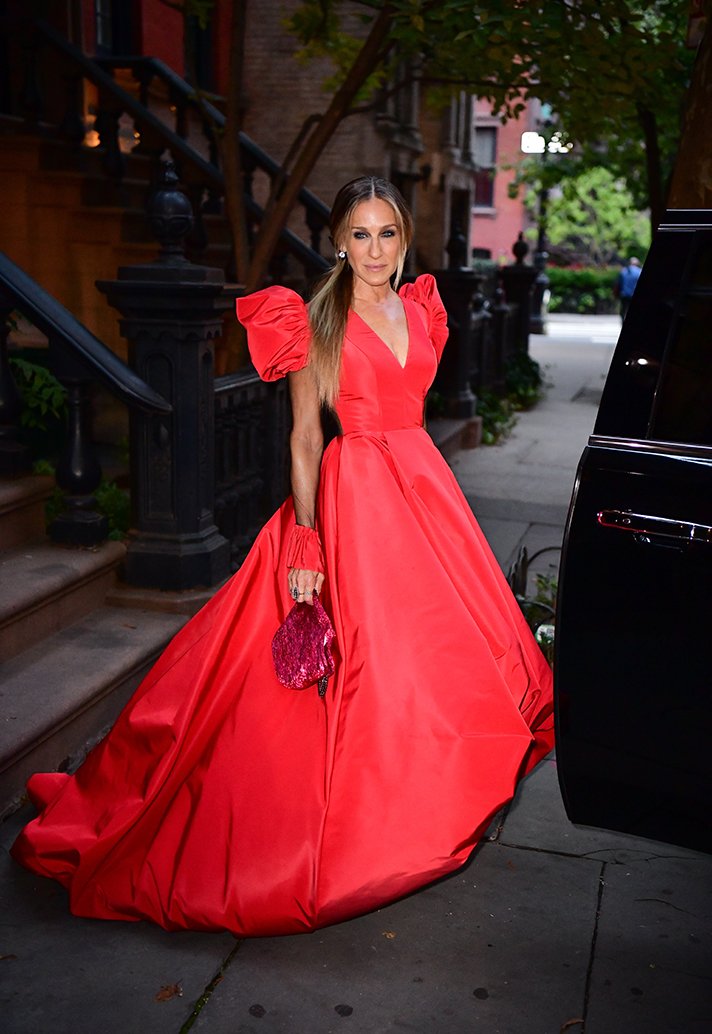 MORE: 13 Wild—and Apparently Real—Sex Scenes From ‘Sex and the City’

In true Sex and the City fashion, we couldn’t help but wonder if Parker’s dress would’ve turned Carrie Bradshaw’s head, too. But we have no doubt it would’ve. A girl who loves Blahniks as much as Bradshaw couldn’t possibly overlook an evening gown so statement-making.

We suspect, if anything, Parker did the fictional character she once brought to life incredibly proud.