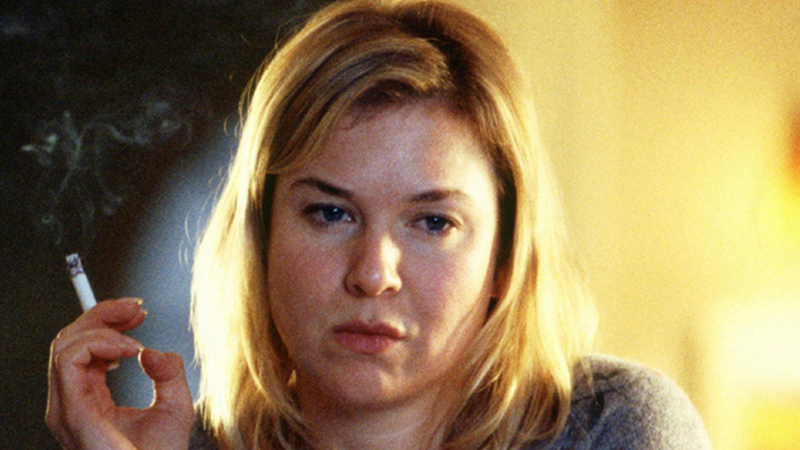 It’s been a while since I’ve been in one of those relationship things. You know, that thing where you have a guy who adores you, who you hang out with all the time, and with whom you have consistent (good) sex? I wouldn’t say it’s changed me for the worse (in fact, I’ve learned a lot about myself, what I want and what I definitely don’t), but being a single gal in NYC for the past three years has made me develop a few slightly irrational fears. Or okay, a lot of them.

But I know I’m not the only one who has nightmares about being attacked in my sleep by the nonexistent cat I don’t own or that my boobs will sag to my knees before I ever have a chance for someone to truly appreciate them. Right?

Welp, if you’re anything like me, you might be able to relate to these single lady struggles that make those stupid little irrational fears rear their ugly heads. But don’t freak out—we’re in this together, and we’re definitely strong enough to handle it:

1. When Your Friend Asks You to Be a Bridesmaid
The invite arrives and you quickly realize you have all of two months to figure out if you’re going to bring a guest. Can you bring someone who you barely know? Will your friends hate you for the rando in the keepsake photos? Or should you wait until the last possible second to see if you’re dating someone semi-serious by then? Can he come at the last minute if he doesn’t eat?!

2. Randomly Fearing That Your DIY Décor Will Somehow Kill You
I have this gorgeous photo collage on my wall in my bedroom (thanks, Pinterest!) that I hung up using those nifty 3M hooks. I think it looks great, but sturdy? Eh. A few of them have fallen while I’ve been at work. And I’d be lying if I didn’t wonder if they will actually be my complete demise. I can see the New York Post headline now: 26-Year-Old Single Girl Crushed By Picture Frames Because She Didn’t Have a Boyfriend to Hang Them with Proper Tools!

3. Not Having a Consistently Good Sex Partner
I’m not going to lie, it’s been quite some time since I’ve done the deed. I wouldn’t say I’m necessarily waiting for a boyfriend, but I am waiting until I think the sex would actually be good. As much as I wish the handsome stranger at the bar a block from my apartment would be a rockstar in bed, the truth is, he probably can’t get it up. (And I probably wouldn’t be able to relax enough to orgasm with him anyway.)

4. Always Having Leftovers
Cooking for one isn’t really a thing—or, at least, it’s hard to if you’re a girl from the South where every portion was enough for two small children and your cousin. No matter how little I try to make, I always have to put some of it in the fridge. And then, of course, I forget about it and throw it out a week later.

5. Getting Super Bored When You’re Snuggled Up On a Rainy Saturday
FOMO? How about Fear of Doing Absolutely Nothing? I try to keep myself as busy as I can between running, fitness classes, events with friends, freelancing, and working so I don’t have a spare minute to sit in my living room, eating popcorn, drinking wine and crying over Sleepless in Seattle. Not that I’ve done that before or anything. Nope.

6. Hearing Humblebrags from Your Coupled-Up Friends
I know the grass is always greener, but sometimes it’s hard to hear your friend complain about her seemingly perfect boyfriend or husband or whatnot. I’m really sorry to hear that you’re sore from a weekend of non-stop sex and that your beautiful roses he bought you are dying. So sorry to hear, really.

7. Constantly Worrying About Becoming the Bitter Single
You do not want to be that person—that person is sad and annoying. Alright, I retract everything I said in the previous paragraph. I’m happy for them. Truly. Really. Promise.

8. So. Many. First. Dates.
Yes, to meet someone, you must continue to put yourself out there—it’s part of the deal. But after you’ve gone on so many dates they all blend together into one frustrated mess of lipstick, angry text messages, and hangovers, going on yet another date is enough to give you the heebie jeebies.

9. Going Over Your Data Every Month (Thanks Tinder)
Between my Starbucks app, Spotify, and all of my dating apps, it’s hard to make it through a few hours without my iPhone biting the dust. But, come on, what better way to multitask while waiting in line or zoning out in a meeting than to see if my next boyfriend is online? It can be productive…and expensive.

10. Making Up Imaginary Futures With Random People On the Street
Once upon a time there was this really handsome, blue-eyed guy who was passing at the light at the same time as me. We locked eyes. We walked the same direction. We looked at each other again. He smiled. I started imagining what his first words to me would be, where we’d get married, where we would honeymoon, how he’d be in bed. And then he walked away. Just like that.

11. Wondering if You’ll EVER Find The One
The doozy, right? It seems like if you’re past a certain age or if the majority of your close friends are in relationships and you still haven’t met someone you want to see past date two (or get naked with) in months, you wonder if you’ll be alone forever.

Okay, being a single girl anywhere—not just in New York— is really tough at times. It takes a lot more strength than you think to keep dating and keep hoping you’ll meet someone special. But then again, there are some things that I really love about being on my own at 26-years-old: the freedom to do what I want in my free time (like drink wine and eat popcorn while watching Gilmore Girls for four hours), the ability to use my savings to take a really awesome trip overseas without considering someone else, the opportunity to have those butterflies that are totally real and definitely worth waiting for.

Don’t worry—there will be a day for me (and for you!) where we’ll look back on these single days and wonder why we worried so much about flying solo—but I also hope we’ll look back and smile at those experiences, those years of being single, that we honestly are pretty luck to have.

Date Night: When You’re Single vs. When You’re Married
15 Horrible Date Stories That Will Make You Cringe
The Fun Trick Every Single Woman Should Try