To celebrate the 25th anniversary of the longest-running television series ever, “The Simpsons,” global design community/e-commerce site Threadless held a contest in partnership with Fox. Beginning in July of this year, they asked for designers all over the world to submit ideas for T-shirts inspired by the show; and now, the winning designs are available to shop online. Two good pieces of news: they’re really rad, and they’re all $15 or less! 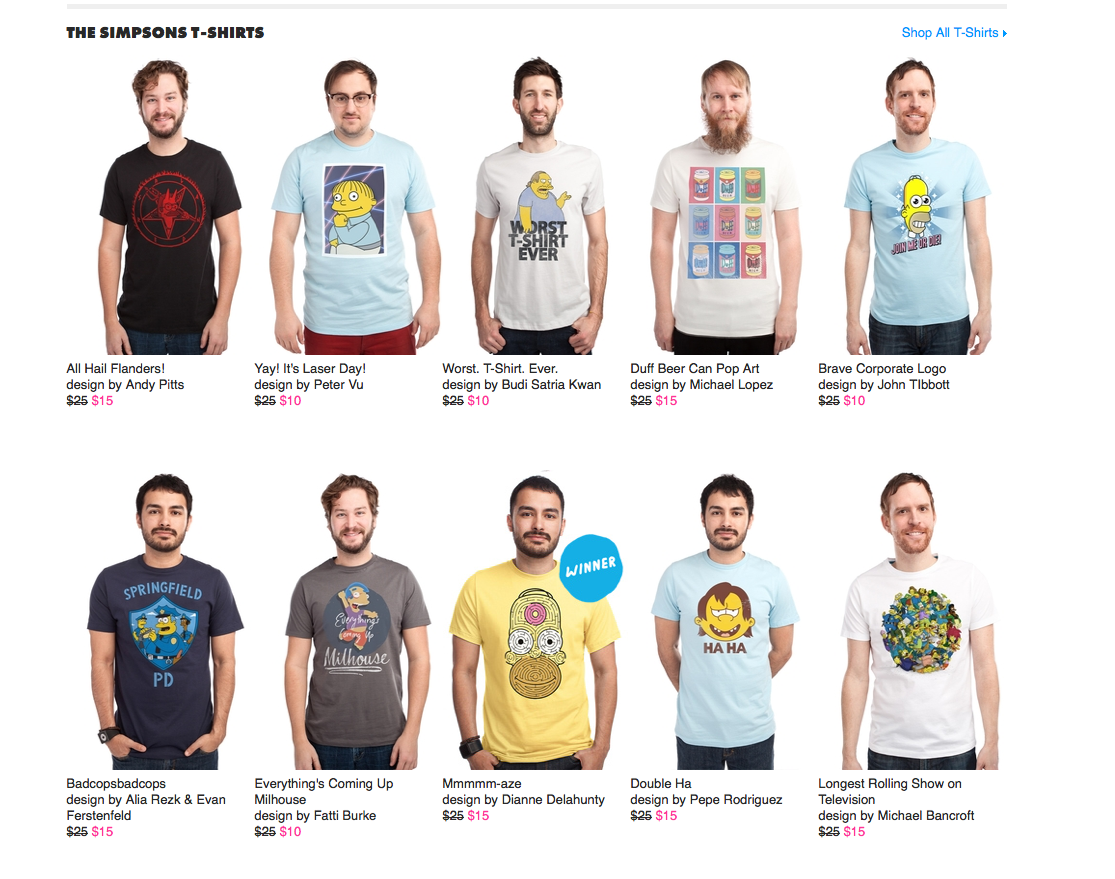 Some even better news: all the T-shirts come in cuts and silhouettes for both men and women, as well as super-cheap wall art for the poster-lover in your friend group. (We smell an awesome holiday gift, folks!)

“‘The Simpsons’ design challenge drew upon an incredibly large fan base, bringing super-fans and artists together in the Threadless community to create and vote on new designs,” Threadless CEO Jake Nickell said in a statement.  “We are thrilled that this partnership with Fox has given independent artists the opportunity to design officially licensed merchandise for the most celebrated animated series of all time.”

MORE: Cartoon Celebs: The 10 Best Stars To Get Animated

The winning T-shirt, called “Mmmmm-aze,” is the creation of female designer Dianne Delahunty. It features Homer Simpson’s face as an actual maze, and it’s pretty awesome. Check it out, then head to Threadless to shop the full collection now! 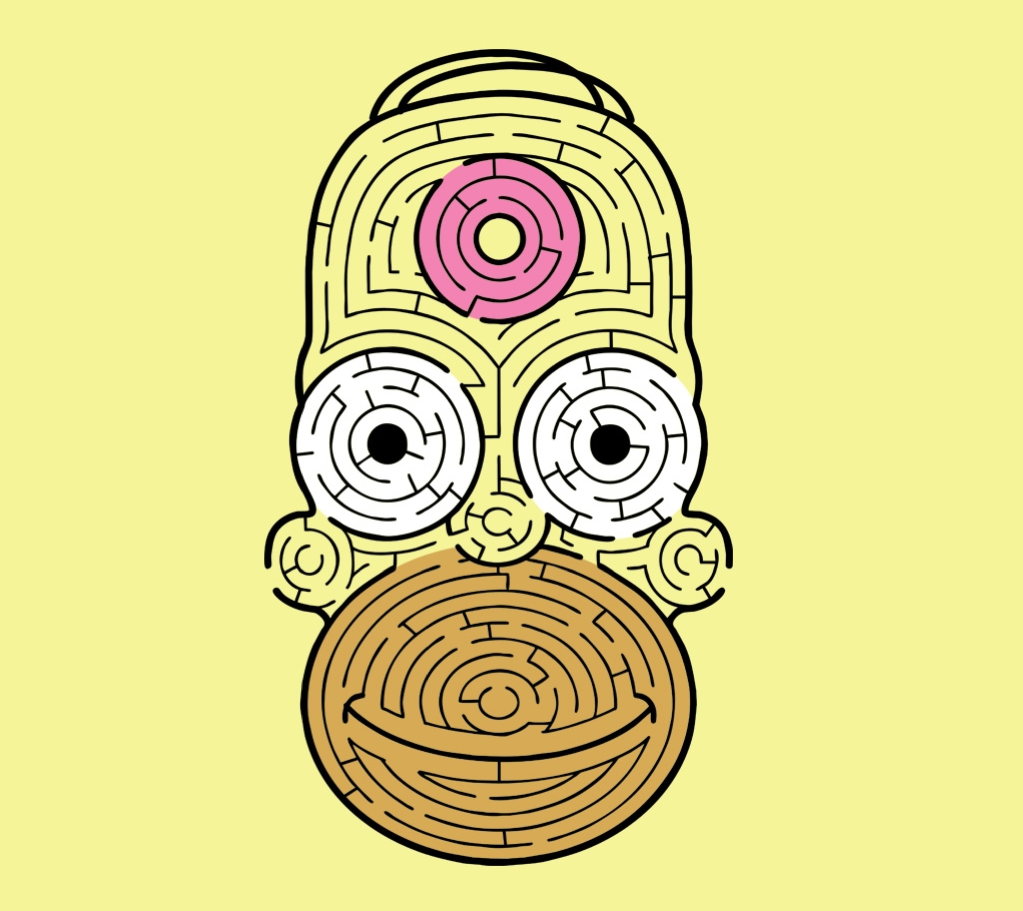