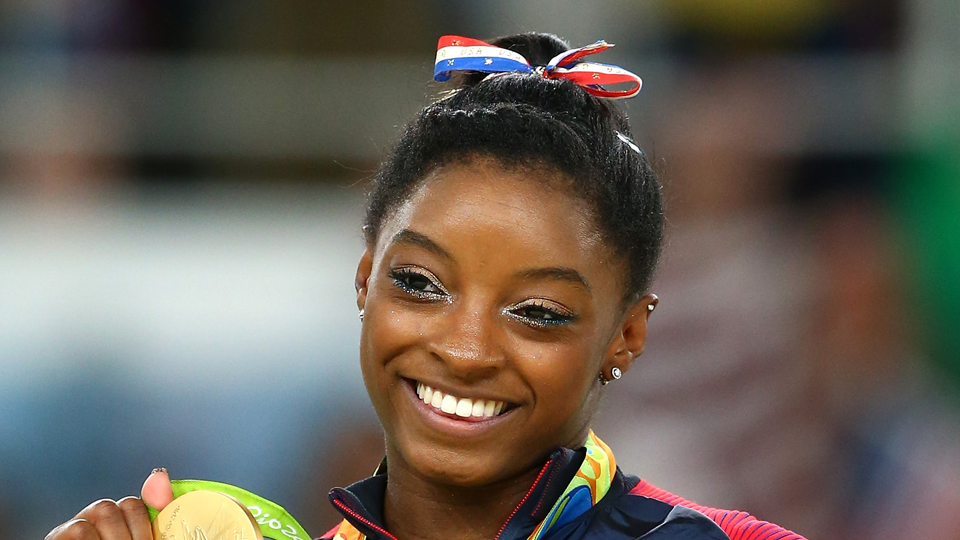 Simone Biles has five Olympic medals sitting in a trophy case somewhere—four of them gold—but that doesn’t mean she can’t fangirl as hard as the rest of us over her celebrity crush. Particularly when that crush flies all the way to Rio to meet her.

The “Today Show” gifted us with footage of the moment Zac Efron—whose life-sized cardboard cutout sits in Biles’ bedroom—surprised the 19-year-old gymnast and her team in Rio. Anchor Hoda Kotb invited the actor to the games to watch Biles’ performance, and he was (like the rest of the planet) seriously impressed by her gold medal-worthy performance.

he kissed me on the cheek just letting y’all know @ZacEfron 💋❤️ pic.twitter.com/VLyc62DXY7

The Final Five were all able to meet Efron after the performance, and that’s when Biles promptly lost her cool. “Stop, you’re lying, Stop, no way, no way!” she said as Efron walked towards her. “Ahhh, oh my God! Stop, is this real life? Oh my God. Stop.” Things basically continued in the same way from there, with the actor even planting a kiss on the 19-year-old gymnast’s cheek.

Here’s the exact moment Simone (and her team) flipped out—it’s so endearing, you have to watch it.

In an earlier interview Biles warned Kotb that she would pass out if Efron came to watch her compete in Rio, a reaction that, if you ask us, is completely warranted considering the circumstances.

MORE: This Is Exactly How Top Athletes Prepare for the Olympics