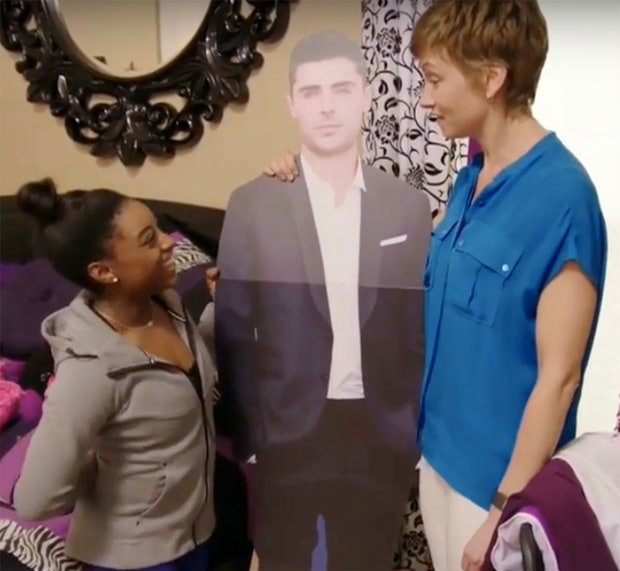 Simone Biles may be the best gymnast who ever gymnasted, but she’s also a teenager with a life-size cutout of Zac Efron in her bedroom.

In an NBC News profile of her, the 19-year-old showed off the cutout, which towers over her 4’9″ frame, and admitted she used to “kiss him on the cheek.” NBC correspondent Stephanie Gosk proceeded to cutout shame her by saying, “You realize that’s a little strange, right.” Simone agreed it was, but, really, should she have had to?

More: Simone Biles Says North West Can Be Her ‘Mini-Me’ Any Day

Still, all that practice might not have been for naught, as she appears to have a fan in Zac Efron. Zac’s been following her at the Olympics and tweeting about it. He first called out the fact that she has a tumbling pass named after her (The Biles) and then that he watched the U.S. women’s team win gold last night.

Why shouldn’t they adore each other? Simone’s got gold medals, and Zac’s got Kids’ Choice Awards. They’re a natural pair. Watch the whole clip below.