She may be the GOAT of gymnastics, but to Simone Biles‘ parents, she’s just their daughter. Simone’s mother, Nellie Ceytano Biles, and her father, Ronald Biles, aren’t her biological parents, but they’re her mom and dad nonetheless.

Ronald is Simone’s maternal grandfather and Nellie is his wife, whom he married in 1977. Simone, who was born on March 14, 1997 in Columbus, Ohio, is the third of four siblings. Simone—as well as her siblings, Adria, Ashley and Tevin—were put into foster care when she was 2 or 3 due to their biological mother Shanon’s struggle with alcohol, according to USA Today. “We were really fortunate because we got to stay with our siblings, which most siblings get separated,” Simone told USA Today in 2021. “We had a good experience in foster care. So I can’t knock that.”

Simone and her siblings remained in foster care until she was 5 years old. In 2000, Ron and Nellie started temporarily caring for the siblings. Ron told USA Today that he and Nellie decided to foster the kids after a social worker continued to call him to let them know that the siblings were in foster care. Eventually, Ron asked if the kids were allowed to move to Houston to live with him, Nellie and their two sons, Ron Jr. and Adam. “We’re family,” Ron told USA Today. In 2003, Ron and Nellie adopted Simone and her younger sister, Adria. Ron’s sister and Shanon’s aunt, Harriet, adopted the two eldest children, Ashley and Tevin, who moved back to Ohio. “I was very, very blessed and fortunate,” Simone told USA Today. “I felt love, care. I was healthy. I was safe.”

Since her time in the foster care system, Simone has helped other foster kids. “I know exactly how it is, and I know exactly how you feel being a foster kid,” she said. “I can be a voice for them. I can help them, and I can tell them that they’re not alone and that it’s going to be OK. That you can also still be great in the world.”

Who is Simone Biles’ father, Ronald?

So who is Simone Biles’ father, Ronald Biles? Well, Ronald is biologically Simone’s grandfather. He’s the father of Simone’s biological mother, Shanon, and was the one who told Shanon to name her daughter Simone. He’s also her father and legal guardian after he adopted her with his wife, Nellie, in 2003. Before he retired, Ron worked in the Air Force, which is how he met Nellie, who went to college in San Antonio near where Ron worked. After his time in the military, Ron worked as an air traffic controller. Ron, who was a single father to Shanon at the time he met Nellie, married Nellie in 1977. The couple went on to have two sons together: Ron Jr. and Adam.

As for her biological father, Simone told USA Today that she never knew him and doesn’t have a close relationship with her biological mother either. “I’ve been so fortunate with everything that God has given me and all the tools of life,” she said. “So I never really cared to find out who my biological father was, or really gain a close relationship with my biological mom. Which I’m sure she probably wanted.” She continued, “But the cards that I was dealt, I just never felt a need to go back. Which is very different for a lot of (adopted) kids, because they feel kind of that void. But I never did.”

Simone also told USA Today that she likely wouldn’t be an Olympic gymnast if Ron and Nellie hadn’t adopted her. “I definitely wouldn’t have been in gymnastics,” she told the site, noting the time and financial investments the sport costs.

Who is Simone Biles’ mother, Nellie?

Simone Biles’ mother, Nellie (whose maiden name is Ceytano) is Ron’s wife. She met Ron when she was a nursing student at the University of the Incarnate World in San Antonio. After graduation, she worked as a nurse and co-owned a chain of 14 nursing homes in Texas. In a 2016 interview with Texas Monthly, Simone revealed that, when she and her sister were adopted, Nellie told her that they could continue to call them grandpa and grandma or mom and dad. “I went upstairs and tried practicing it in the mirror—‘Mom, Dad, Mom, Dad.’ Then I went downstairs, and she was in the kitchen. I looked up at her and I was like, ‘Mom?’ She said, ‘Yes!'” Simone said.

“There’s nothing, nothing worse, I feel, than having a child going from one place to the next. They need to have that sense of belonging,” Nellie told USA Today. “I really think it’s important that that’s the first thing that should be done with any child that is displaced, is to find a permanent home.” 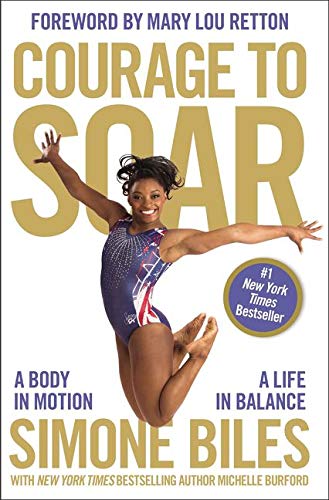