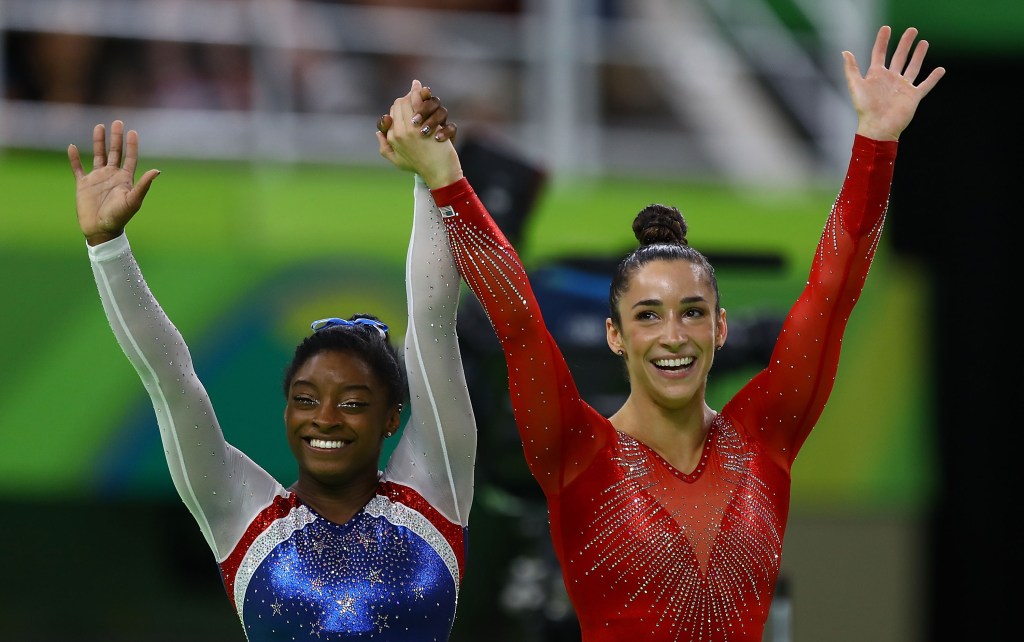 Because celebrities don’t have enough awards to win, they get very excited about the Olympics. And one Olympic sport that gets them really excited is gymnastics, especially when the team is led by Simone Biles and Aly Raisman. Both women competed in the women’s all-around yesterday and brought home the gold and silver, respectively.

Simone, of course, is a showstopper, doing more difficult flips, twists, and tumble passes quicker and higher than her competition. And she handles the pressure, and the success, in the most low-key way possible. In an interview after her win, she told SportingNews “I’m not the next Usain Bolt or Michael Phelps. I’m the first Simone Biles.”

More: Simone Biles Has a Life-Size Cutout of Zac Efron in Her Bedroom

But Aly has developed her own fanbase for doing what is often the unthinkable in gymnastics: being even better at her second Olympics. After she lost the all-around Bronze in London during a tie-breaker, the 22-year-old came to Rio better than ever. And when she broke down in tears after her near-perfect floor routine, celebrities, along with the rest of the world, could not help but love her.

Of course, the fact that two women genuinely seem to get along only makes them all the more likable. See what celebrities had to say about them both below.