They say nice guys finish last and—for most of us—that’s probably true, considering the not-so-nice ones we’ll often date before meeting Mr. Right. In fact, for reasons that are largely intangible, even the most intelligent, self-possessed women have fallen for classic jerks at some point.

MORE: 10 Reasons He Didn’t Call You After the First Date

In retrospect, most of us are able to understand that these guys weren’t right for us, but getting to that place probably wasn’t easy. It’s because of that we decided to put together a primer to help other women gauge whether the guys they’re dating right now are good ones, or total a-holes. Read on, dear friends, for 10 signs your boyfriend is an unequivocal jerk. 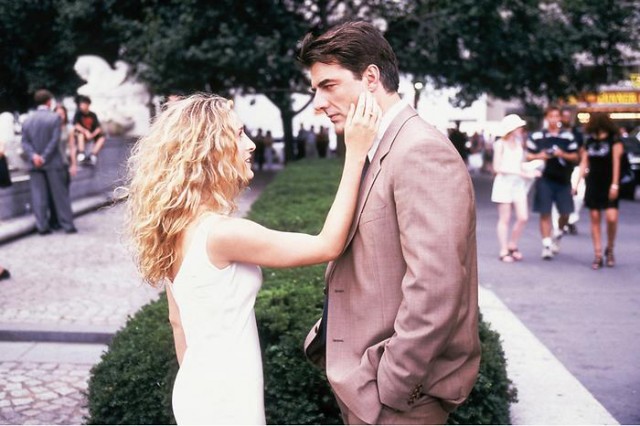 Sure, Carrie and Big ended up together but most women agree he was a total jerk for most of their relationship.

1. He looks at his phone more than he looks at you.
Obviously we live in an overly-connected world, and most of us are pretty much attached to our devices 24/7. However, obsessively checking his phone every minute he’s with you isn’t just annoying—it’s downright rude.

It’s essentially saying that your company isn’t his first priority, texting is (or checking scores, scrolling Twitter, or playing Candy Crush.) Instagram can wait. No, it can’t? Then he’s probably not ready to have a relationship with an actual human just yet.

2. He talks about how hot other women are.
Sorry, we don’t care how “cool” you are with stuff like this—if your man is constantly making remarks about other women’s looks in front of you, he’s a jerk.  These might include “she’s so hot” when you’re explaining how Sansa escapes from King’s Landing on “Game of Thrones,” how much hotter his friend’s new girlfriend is than his old one, or simply commenting on random women’s looks/bodies/racks.

3. He blatantly checks them out.
Guess what? He’s still a jerk if he uses overt non-verbal actions to gawk at women. Look, it’s human nature that we like to look at pretty things—you’d look at a gorgeous guy walking by, too—but outwardly gaping, drooling, head-turning, commenting, or abrupt conversation-stopping isn’t acceptable, it’s insulting. Dude needs to learn some discretion, and fast. If he can’t, it’s time for him to go.

4. He only reaches out after he’s been partying.
This is a big one, ladies. If you’re okay with having a relationship with a guy who only wants to see you when he’s tipsy at 2 a.m., who are we to judge? For all we know, you might have some guys on the side you late-night call, too. But if you’re looking for something more—a daylight outing, for example—and you’re not getting it, he’s a jerk. 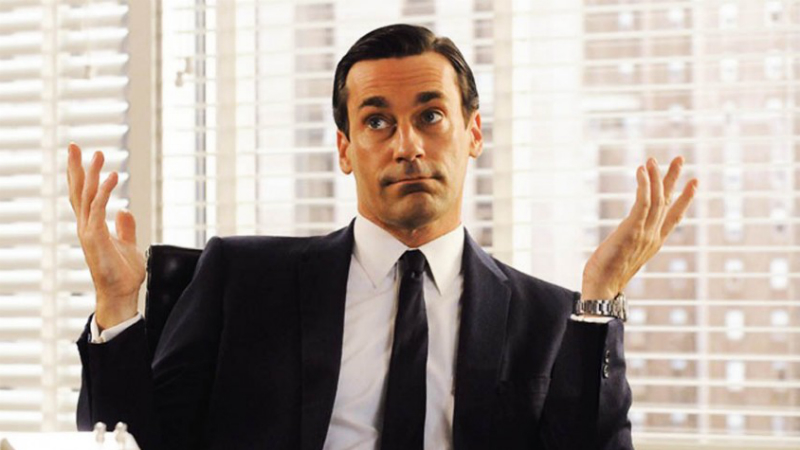 If midcentury cell phones existed, you can bet Don Draper would have been the king of the late-night text.

5. He’s a sexual douchebag.
Examples: He couldn’t care less about your needs, he pressures you to get on the pill so he doesn’t have to wear a condom, he leaves as soon as the deed is done, he makes unflattering comments about your body, he forces you to try things you’re not comfortable with, he talks about sex 24/7, or he denies sleeping with other girls yet somehow gives you an STD. Yup, all jerk moves.

MORE: What To Wear On A First Date

6. He never wants to hang out with you and his friends together.
That’s just weird. If you’re dating someone, it’s a given that you do certain things together, like socializing. If he constantly seems to be avoiding his pals when he’s with you, it’s time to ask him why.

7. He never remembers anything you say.
If a guy likes you, he’ll remember things you say: It’s that simple. Whether it’s a funny story about something that happened at work, or the fact that you hate sushi, these are things that make you who you are, and if he never seems to pay attention to you (or always suggests going out for sushi), he’s obviously a self-involved jerk.

8. He always seems to “forget” his wallet.
Look, we’re not saying your guy has to pay for every single thing—you should be kicking in sometimes—but there is something unattractive and generally jerky about a guy who miraculously manages to forget his wallet every time you go out, especially if the date was his idea.

“I’ll get you next time” “Can you spot me?” or “you got this, right?” are all phrases that shouldn’t be heard every time you go out with your boyfriend.

9. He goes off the grid—often.
While we’re certainly not suggesting you need to keep tabs on your guy at all times, if he always seems to promise he’ll call you back in ten minutes and you don’t hear from him for two days, that’s a problem. Likewise, if it takes him 12 hours to text you back, never answers an email or a phone call that comes from you, or goes away with his friends for the weekend without texting or calling once, he’s a major jerk.

Going off the grid also includes disappearing after you sleep together for the first time, not calling you after he said he would, or flaking on plans without an explanation.

10. He makes you feel bad about yourself.
Probably the biggest sign your man’s an a-hole? If he always finds ways to make you feel bad about yourself by criticizing things like your body, your job, your apartment; or perpetually nitpicking about your personality quirks, your clothes, or your beliefs. You obviously deserve better than that, so dump the joker and find a guy who will appreciate everything that makes you unique. It might sound cliché, but isn’t it true?