While their short unions (some were even married for less than a week) seemed like a shock at the time, it’s not too much of a surprise to divorce to marriage experts, who report the current divorce rate as between 40 to 50 percent. Each of these stars also looks back at their short marriage with a different point of view. While some look back at their months-long union as a moment of growth in their life, others cringe at the thought that they ever thought their relationship would last.

“I made the biggest personal mistake of my life. I felt a fool,” Renée Zellweger said in 2006, a year after her divorce from Chesney. “I was looking for something else. I just needed to put acting aside. I needed to sit still and not to worry about the dresses and the hair and the travel and the interviews. I was going through huge life changes at the time. I wanted to stop and be a girl for a while. My marriage came during this time and it was desperately important to me. I don’t want anyone to think I didn’t take it seriously.”

Ahead, look back at some of the shortest celebrity marriages in Hollywood.

A version of this article was originally published in April 2015. 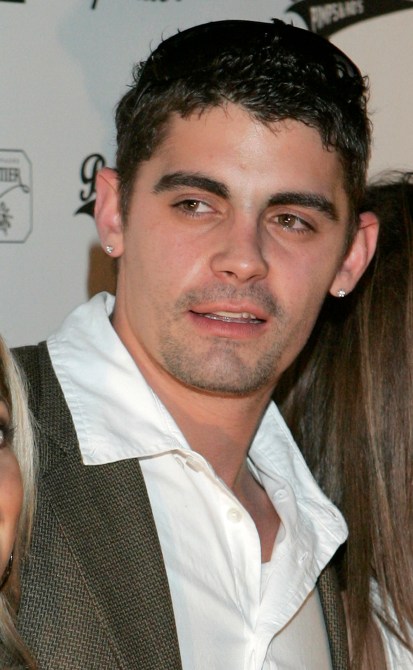 You might recall that, back in 2004, the pop star tied the knot with her childhood friend Alexander after partying in Las Vegas. Despite the fact that the marriage immediately made headlines all over the world, it lasted a mere 55 hours before it was promptly annulled. 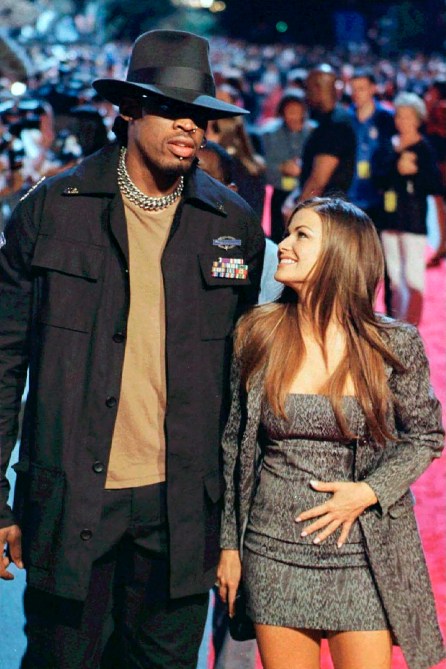 Vegas strikes again! In 1998, the flamboyant basketball player wed the Baywatch star at 7 a.m. in Sin City. Afterwards, Rodman’s publicist had a lot of questions and even put forth that he may have been “deeply intoxicated” at the time. (No!?) Clearly, the buzz wore off fast: The pair filed for annulment nine days later. 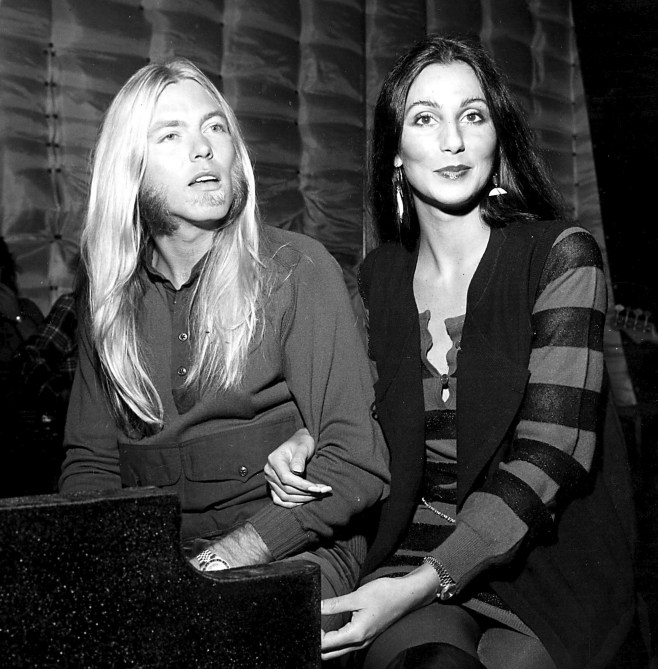 Another case of the nine-day itch. Back in June 1975, Cher and rocker Allman hightailed it to Vegas and tied the knot (just days after her divorce from Sonny Bono was finalized, mind you). Cher filed for another divorce nine days later after reportedly discovering that Allmans’ alcohol and drug issues were too much for her. 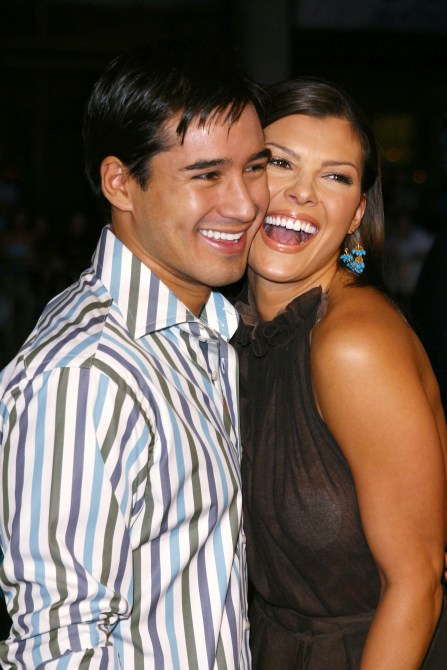 In 2004, the former “Saved the Bell” actor wed girlfriend of six years (also known as the Doritos hottie) Landry, but the marriage was annulled after 18 days because Landry found out Lopez had been unfaithful. 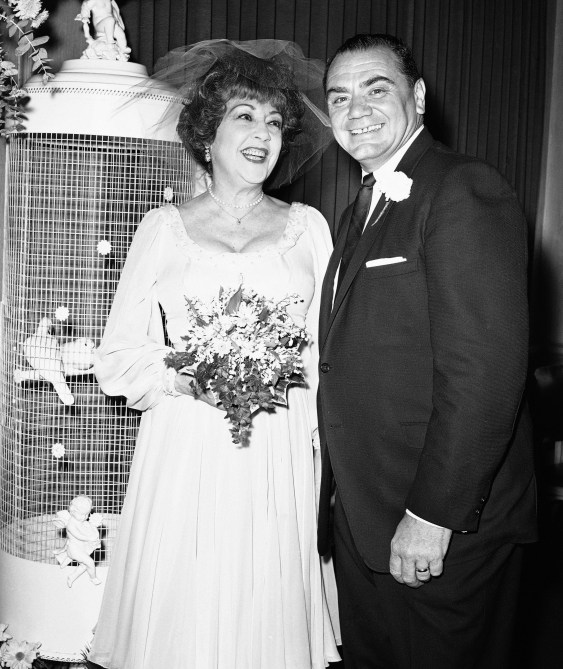 Drama-packed celebrity marriages were alive and well during the golden age of Hollywood, too: In 1964, stage and screen legend Merman and actor Borgnine tied the knot, but filed for divorce 32 days later. The pair was old hats at divorce: Merman had been married and divorced four times, and Borgnine five times. 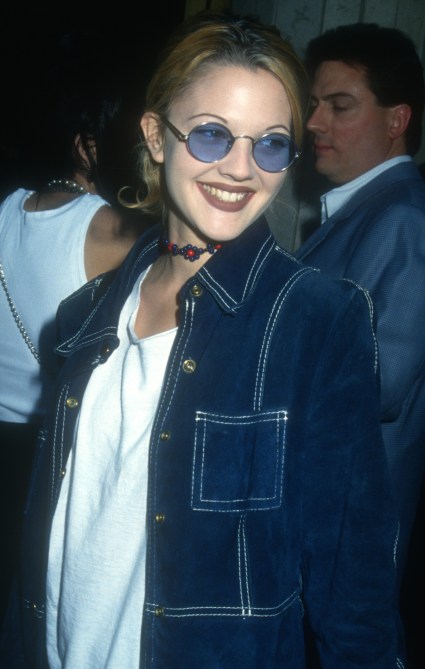 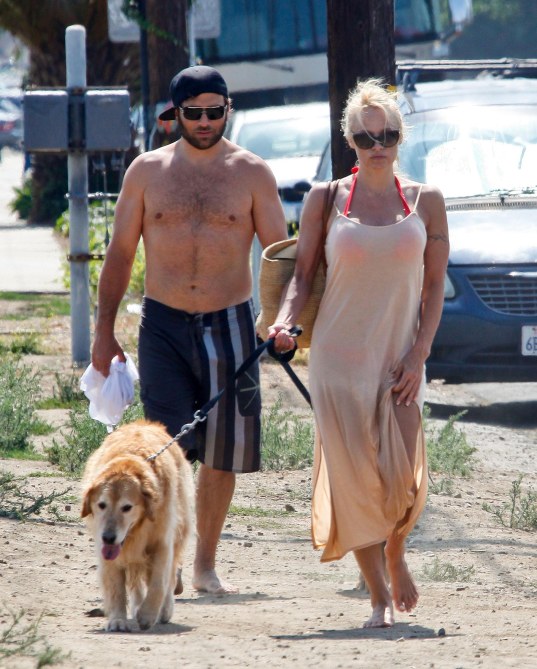 The “Baywatch” star married Salomon (who famously co-starred in Paris Hilton’s sex tape) in Las Vegas in October 2007, a wedding that took place during a short evening break from a show she was appearing in at the time. Pam, however, filed for divorce less than ten weeks later, citing the classic “irreconcilable differences.” The couple married again in 2014 and split again after a year. 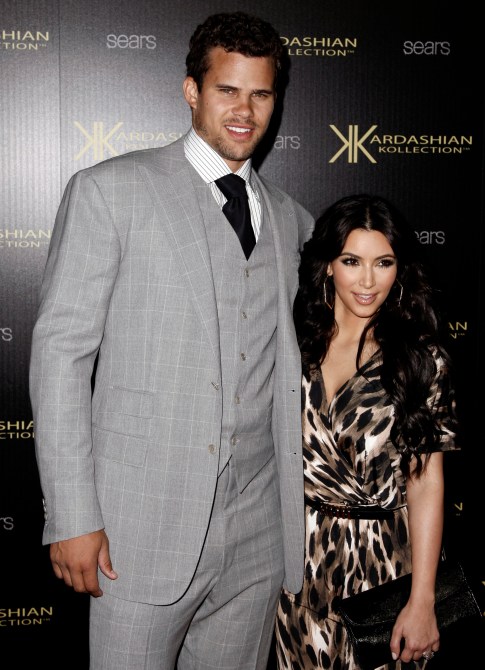 Not the shortest celebrity marriage in history, but surely the most infamous. The reality star tied the knot with the basketball player in 2011, to fanfare that can only be described as nauseating. The wedding reportedly cost around $10 million (though many aspects were product-placed freebies), and was part of a two-day E! special called Kim’s Fairytale Wedding.

After 72 days though, the nups came to an end, with Kim issuing a statement saying “After careful consideration, I have decided to end my marriage. I hope everyone understands this was not an easy decision. I had hoped this marriage was forever, but sometimes things don’t work out as planned. We remain friends and wish each other the best.”  Obviously, many speculated the whole OTT fiasco was a publicity stunt. Whether it was or not, Kardashian only got more famous, while Humphries faded into obscurity. 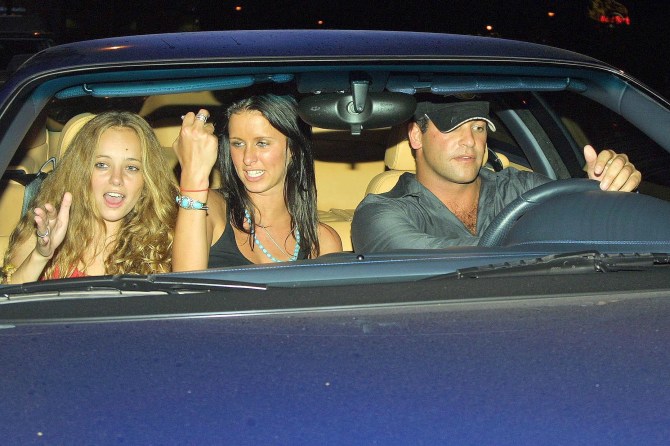 Yeah, we forgot Nicky Hilton was ever married too, but married she was: Paris’ little sis wed her businessman beau in August 2004. The impulsive nups were held while in Vegas (naturally), but got in annulled in November of the same year. 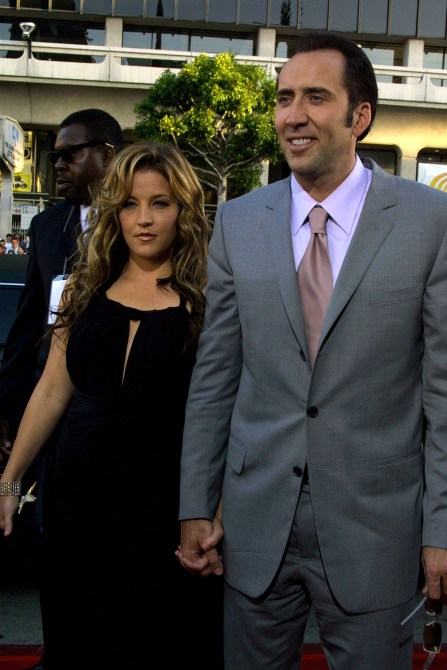 These two tied the knot in a lavish Hawaii ceremony in August 2002, but Cage ended up filing for divorce in November of the same year, stating they “shouldn’t have been married in the first place.” 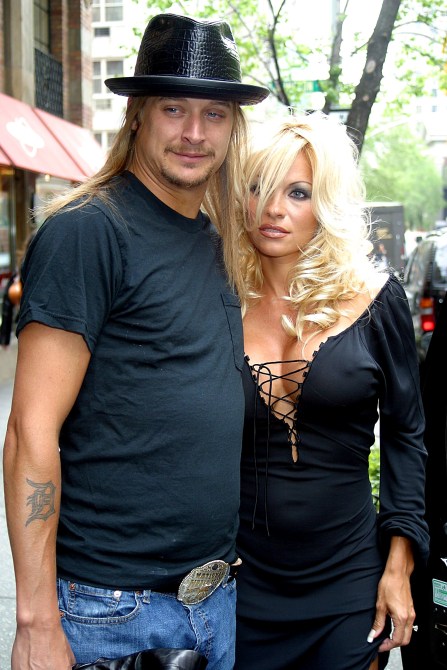 These party animals seemed like a pretty spot-on fit, so when they decided to get hitched in July 2006 (after years of on-again, off-again dating), it made perfect sense. Their wedding was what you’d expect—on a yacht, with the bride wearing a white string bikini—but marriage didn’t last. In November 2006, Rock and Anderson each filed divorce papers. 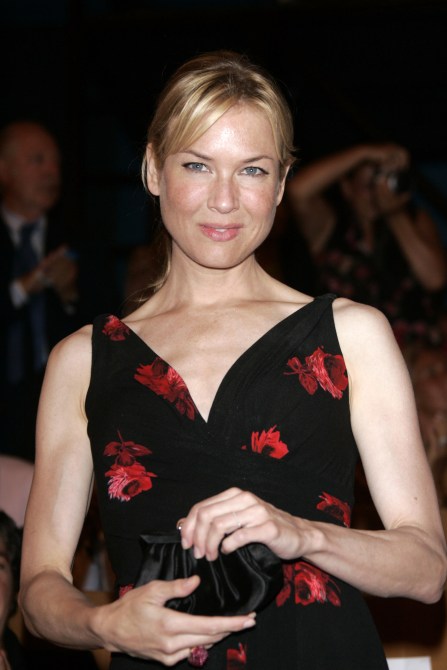 Not that opposites can’t attract, but when the actress and country crooner suddenly got hitched after four months, most people’s response was “huh?” The pair got married in May 2005 on the island of St. John in the Caribbean’s Virgin Islands, but the Oscar winner had it annulled four months later, citing “fraud” as the reason.  Zellweger has referred the union as “the biggest personal mistake of my life.” Ouch! 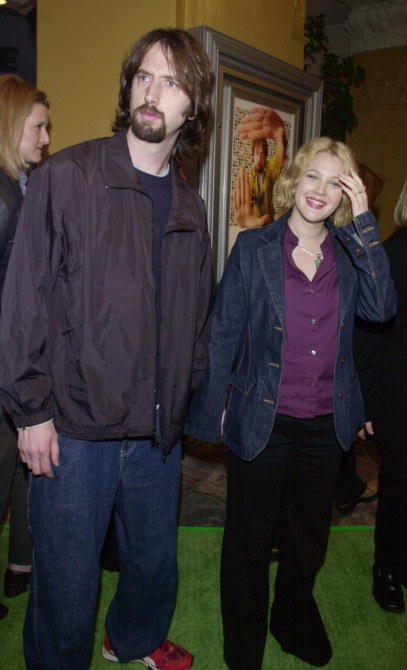 They were definitely an odd couple, so when Barrymore and Green tied the knot in July 2001, nobody really expected it to stand the test of time. That it didn’t, as divorce papers were filed by Christmas of the same year. 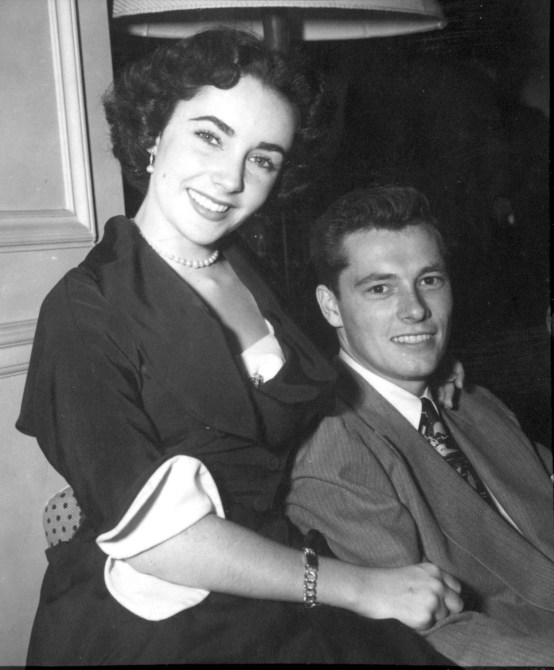 Elizabeth Taylor was no stranger to marriages and divorces (she had eight of ’em under her belt), but her first marriage was to hotel magnate (Paris and Nicky’s grandfather) Conrad “Nicky” Hilton when Taylor was only 18 years old. The pair had a lavish wedding, but the marriage only lasted 205 days of marriage—three months of which were spent cruising Europe. In the divorce proceedings, Taylor claimed  Hilton with verbally abusive, but later told LIFE magazine that her idea of wedded bliss had been “very naive.” 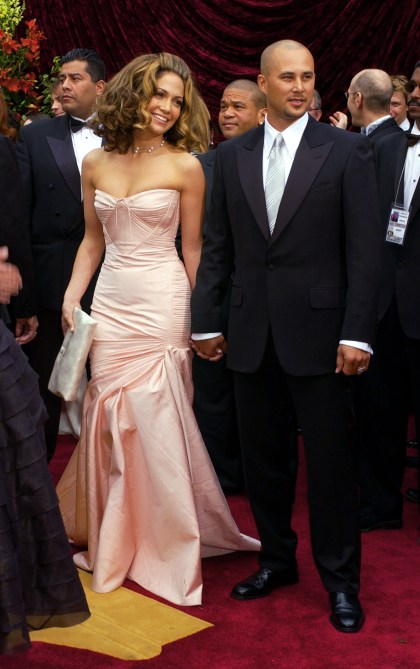 During J.Lo’s early-2000s heyday, the the superstar hired professional dancer Judd to appear in her video for  “Love Don’t Cost a Thing.” They quickly became an item, getting hitched September 2001, but parting ways in May 2002. 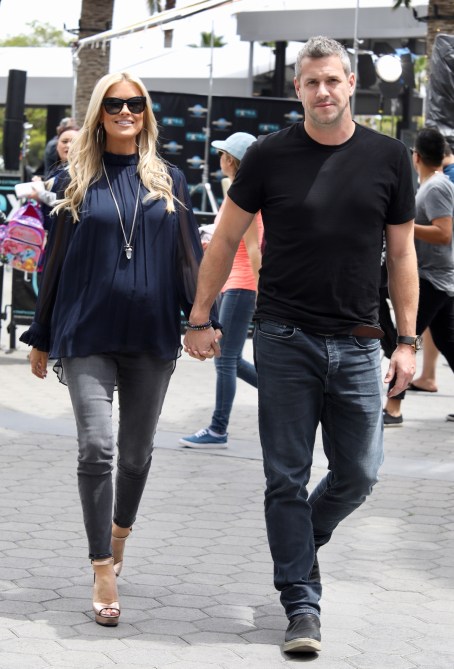 The Ansteads may not have the shortest marriage on this list, but they surprised when they announced their divorce in September 2020 after almost two years of marriage. “Ant and I have made the difficult decision to separate. We are grateful for each other and as always, our children will remain our priority. We appreciate your support and ask for privacy for us and our family as we navigate the future,” Christina wrote on her Instagram at the time. Their divorce came two years after Christina split from her ex-husband and Flip or Flop costar, Tarek El Moussa, after nine years of marriage.