We’ve all done it: Splurged on something we absolutely had to have, knowing full well we couldn’t quite afford it and resolved to cut back in other areas to make it work. Not so terrible once in a while, but if you find yourself throwing down your credit card at Céline once a month and subsisting on ramen noodles, you might be fashionorexic. 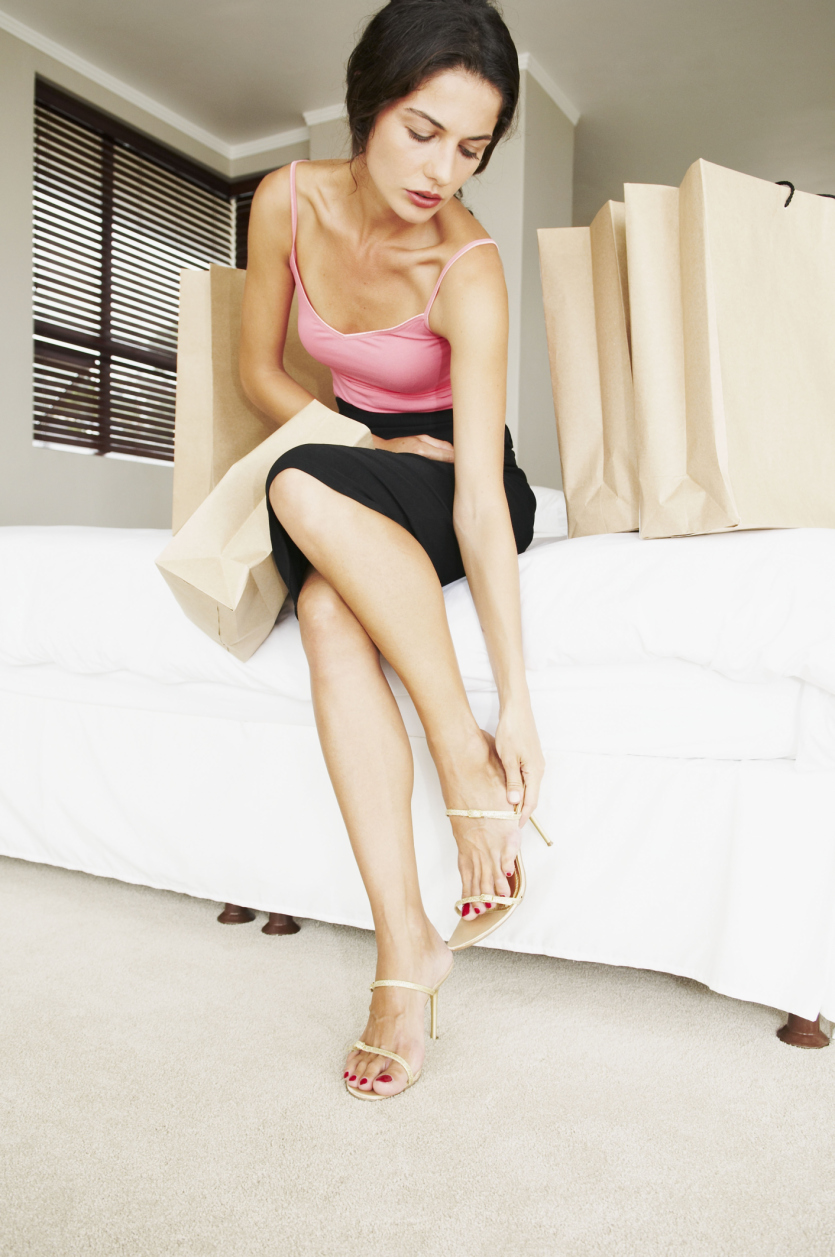 By definition, fashionorexic is the habit of not eating properly at least 12 times a year in order to save money for things like designer clothes, accessories, high-end beauty treatments, and luxe trips. Basically, acting like you’re a Rockefeller on a college kid’s budget. Or even more basically, falling victim to a form of shopping addiction.

According to the Daily Mail, it seems nearly half of all people living in the UK (44%) have developed toxic spending habits such as skipping meals, freeloading from their parents, and paying bills late to fund what can only be described as non-essential purchases. A further one in six (17%) survive on bare-bones “cheap” food for at least two weeks out of the year to fund their consumption.

Alarming, certainly, but not terribly unfamiliar. In fact, if the same study was conducted stateside, we’d be willing to bet that the numbers would stack up to, if not exceed, those in the UK, as the cost of high-end designer merchandise is only growing.

MORE: How To Only Buy What You Love, Every Single Time You Shop

To wit, the New York Times published a story last June titled “Shoe Battles: Going Toe-to-Toe in Stilettos” that looked at the business of hawking crazy-expensive shoes at department stores like Bergdorf Goodman, Barneys New York, and Saks Fifth Avenue, whose shoe salons are among the most profitable departments because women are more than willing to shell out hundreds upon hundreds of dollars to own a pair of status shoes from coveted names like Christian Louboutin, Jimmy Choo, and Manolo Blahnik, as well as those designed by a glossy new guard of “It” shoe designers such as Charlotte Olympia and Tabitha Simmons.

“The designer shoe industry, to some extent, relies on the willful suspension of rational thinking, the giving over to a more primal urge (to shop, that is) in order to move merchandise that common sense would suggest is patently, obscenely, even self-destructively overpriced,” journalist Eric Wilson writes, adding that at Barneys, the average purchase in the shoe department is around $850.

MORE: 7 Reasons Why You Don’t Need Money To Be Stylish

While lots of those women can technically afford a pair of $1,100 Charlotte Olympia platforms, most probably can’t, yet buy them anyway and likely cut back on things like food and basic living expenses. It’s not the healthiest habit for women to adopt, but in today’s world of Instagram and street style, we don’t see it stopping anytime soon.

That said, there a few things you can do if you find yourself falling into fashionorexia. The first is understanding that you technically don’t need money to be stylish (see 7 reasons why here), the next is taking a few measures to only buy what you love every time you shop, and the last is adoption the 7 habits of highly stylish people, which certainly don’t include shopping at the risk of eating a balanced diet. That’s just sad.