While the cast is off promoting the film in Cannes (including Carey Mulligan in Balenciaga for the second time!), “Great Gatsby” fever continues here in the U.S. with Warby Parker’s new line of limited-edition spectacles inspired by the Jazz Age.

The line, titled “1922 Collection,” includes retro-style round frames—in both prescrption and UV-fighting varieties—in tortoise shell patterns, gimlet prints (above), and solid metal and silver—all at Warby’s trademark low price of $95.

The collection, comprised of 10 styles for both gals and guys, also has a correlating mood board on the brand’s blog, which is filled with images ranging from a vintage shot of F. Scott Fitzgerald to modern-day film still from the Baz Luhrmann-directed flick.

The entire aura of the specs has the team over at Warby Parker “spending fluorescent-lit days dreaming of champagne-fueled nights.” That’s hard to disagree with.

Head over to Warby Parker now to shop the line, and as always, with each pair you buy, a person in need of optical attention gets treated for free. 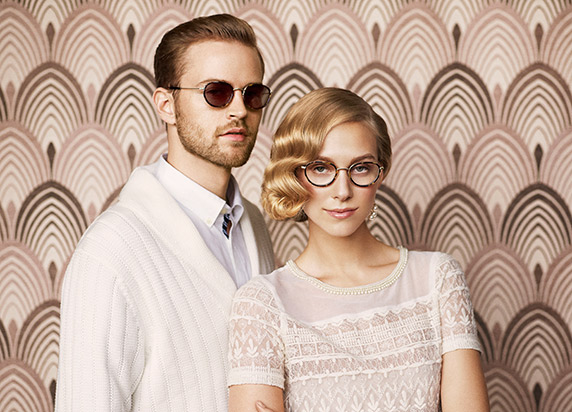 MORE: 5 Things You Didn’t Know About The Making Of “The Great Gatsby”