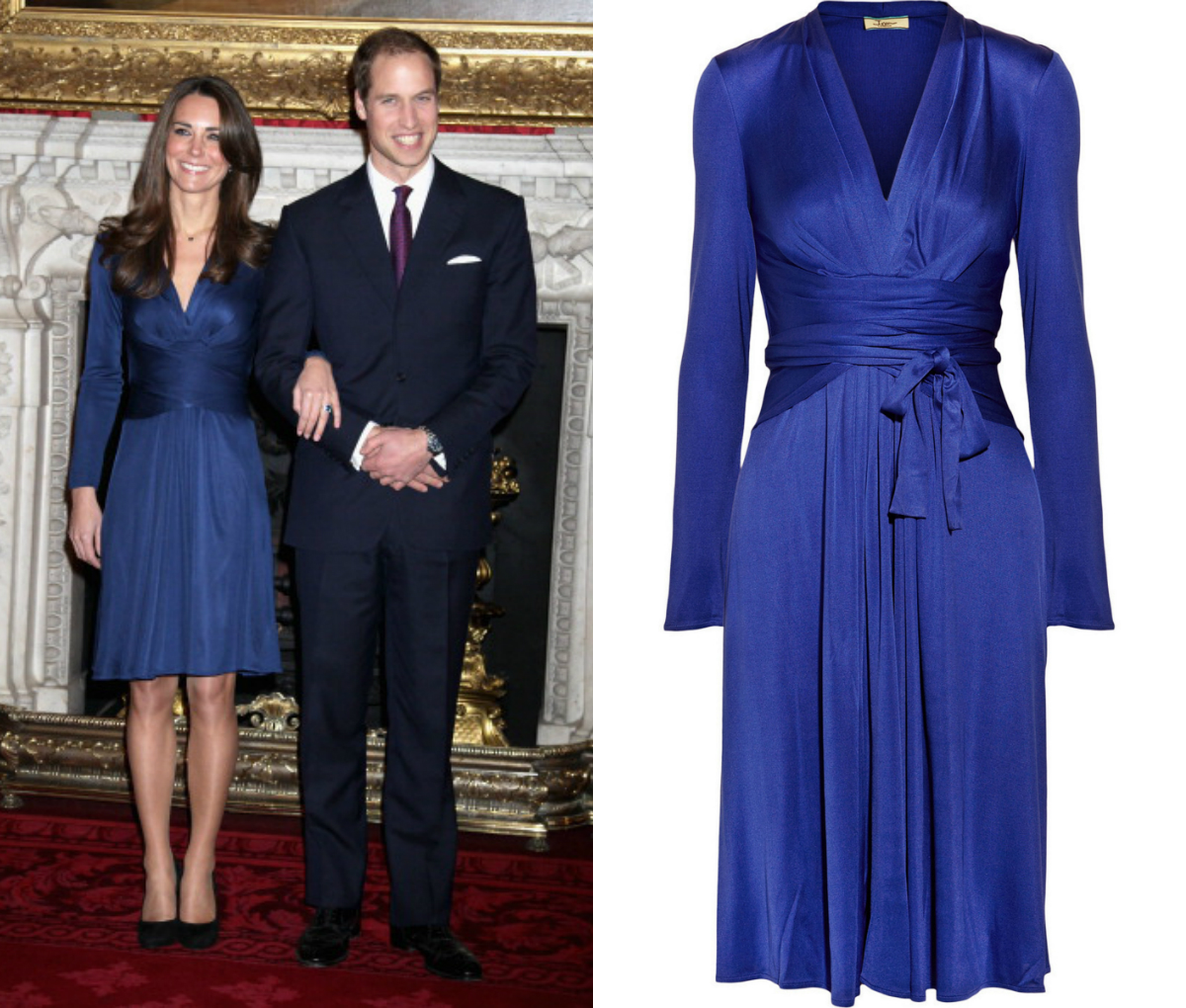 Who knew a basic blue wrap dress could cause a worldwide frenzy? That’s the question we’re still asking ourselves, especially after hearing recent news that the now-famous sapphire silk dress worn by Kate Middleton in 2010 when she and Prince William publicly announced they’d be tying the knot (aka the “engagement dress”) is still in hot pursuit the word over—and almost bankrupted small British label Issa as a result.

It just so happens that if you’re one of the many gals still lusting after the nearly-iconic dress, you’re in luck: After completely selling out in a matter of hours after the engagement announcement (and again after a second run hit sites like Net-a-Porter), the dress will be rereleased on fashion outlet site The Outnet.com starting Monday—just in time to coincide with Prince William and the Duchess of Cambridge’s second wedding anniversary.

The Issa silk-jersey wrap-effect dress can be yours for $287.50—not terribly expensive when it comes to designer fashion—but you better act fast: If the past is any indication, this number will be gone faster than you can say “all I need now is a pair of nude L.K. Bennett pumps!”