Over the years, there have been dozens of shocking celebrity deaths. In honor of these late greats, we decided to look back on the most unexpected celebrity deaths that we will never stop mourning over.

In 2020 alone, Hollywood lost Black Panther star Chadwick Boseman, Glee alum Naya Rivera and NBA legend Kobe Bryant. In an Instagram post in August 2020, Boseman’s family revealed that he died of a secret battle with colon cancer. “A true fighter, Chadwick persevered through it all, and brought you many of the films you have come to love so much,” the statement read. “From ‘Marshall’ to ‘Da 5 Bloods,’ August Wilson’s ‘Ma Rainey’s Black Bottom’ and several more, all were filmed during and between countless surgeries and chemotherapy.”

Vanessa Bryant, Kobe’s wife, gave an emotional speech for him and their 13-year-old daughter, Gianna, at his memorial in February 2020 after the father and daughter died in a helicopter crash. “They were so easy to love. Everybody naturally gravitated towards them,” she said. “They were funny, happy, silly, and they loved life. They were so full of joy and adventure. God knew they couldn’t be on this Earth without each other. He had to bring them home to have them together. Babe, you take care of our Gigi. I got Nati, BiBi and KoKo, and we’re still the best team.”

She continued, “We love and miss you, Boo-Boo and Gigi. May you both rest in peace and have fun in heaven until we meet again one day. We love you both and miss you forever and always, Mommy.”
Ahead are more shocking celebrity deaths we will never stop mourning. 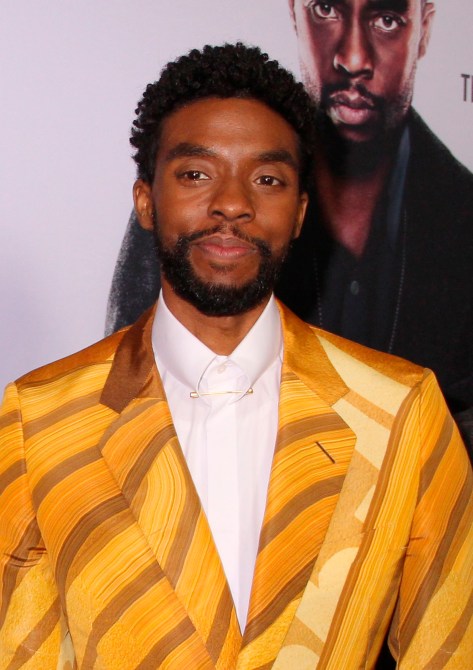 “It is with immeasurable grief that we confirm the passing of Chadwick Boseman.⁣ ⁣ Chadwick was diagnosed with stage III colon cancer in 2016, and battled with it these last 4 years as it progressed to stage IV,” the statement read. “A true fighter, Chadwick persevered through it all, and brought you many of the films you have come to love so much. From Marshall to Da 5 Bloods, August Wilson’s Ma Rainey’s Black Bottom and several more, all were filmed during and between countless surgeries and chemotherapy. ⁣ ⁣ It was the honor of his career to bring King T’Challa to life in Black Panther. ⁣⁣ He died in his home, with his wife and family by his side. ⁣ ⁣The family thanks you for your love and prayers, and asks that you continue to respect their privacy during this difficult time.” 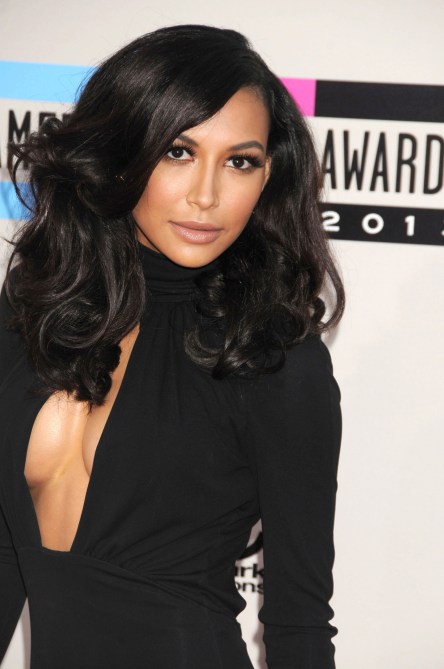 Rivera died in July 2020 after she drowned in Lake Piru near Santa Clarita, California, while swimming with her son, Josey, who was found alone on a rented boat. Her body was recovered from the lake after a five-day search on July 13. “We are so grateful for the outpouring of love and prayers for Naya, Josey and our family over the past week. While we grieve the loss of our beautiful legend, we are blessed to honor her everlasting legacy and magnetic spirit,” her family said in a statement to Deadline. “Naya was an amazing talent, but was an even greater person, mother, daughter and sister.” 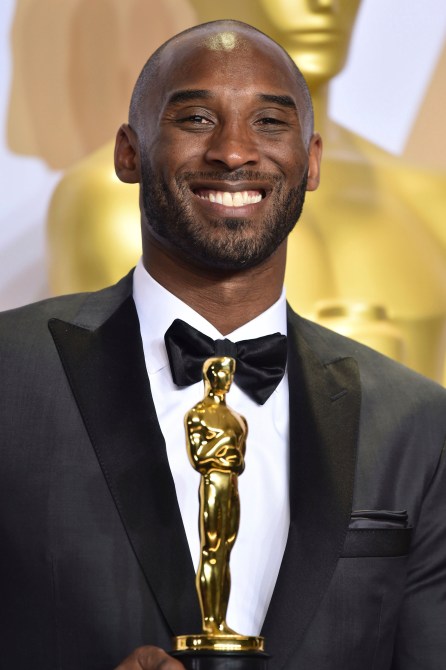 Bryant and is 13-year-old daughter, Gianna, died in January 2020 due to blunt force trauma sustained from a helicopter crash in Calabasas, California. Seven others, including the helicopter pilot, died in the same crush. After his death, the All-Star Game MVP Award was renamed in his honor.

“My girls and I want to thank the millions of people who’ve shown support and love during this horrific time. Thank you for all the prayers. We definitely need them,” Kobe’s wife, Vanessa Bryant, wrote on her Instagram at the time. “We are completely devastated by the sudden loss of my adoring husband, Kobe — the amazing father of our children; and my beautiful, sweet Gianna — a loving, thoughtful and wonderful daughter, and amazing sister to Natalia, Bianka and Capri.” 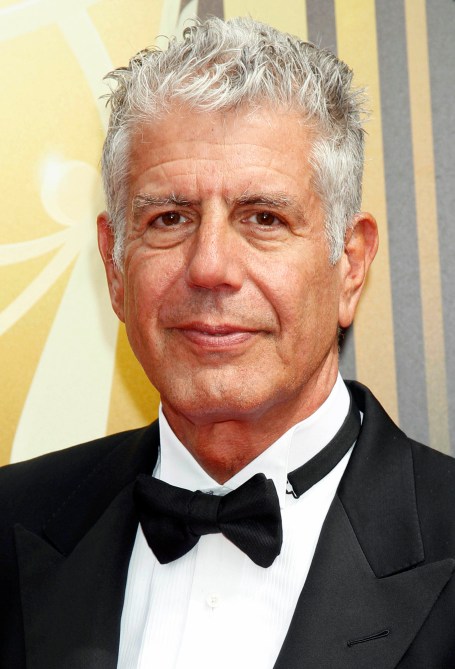 Bourdan died of suicide in June 2018 while filming an episode of his CNN show, Anthony Bourdain: Parts Unknown, with his friend, Eric Ripert, in Strasbourg, France. Ripert became worried when Bourdain missed breakfast and dinner. Afterward, he found Bourdain dead of an apparent suicide by hanging in his room at Le Chambard Hotel. Bourdain’s body was cremated in France and were returned to the United States. 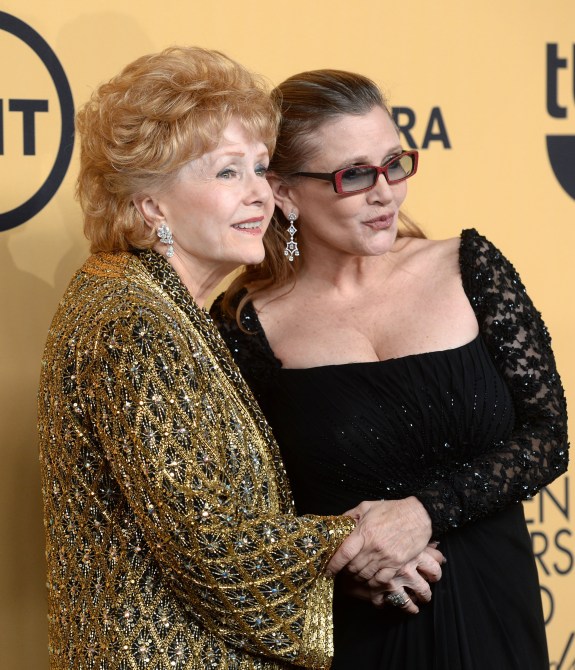 Fisher died of a heart in December 2016 four days after experiencing a medical emergency on a flight from London to Los Angeles. One of her last films, 2017’s Star Wars: The Last Jedi, is dedicated to her. Fisher also starred in 2019’s Star Wars: The Rise of Skywalker, which used unreleased footage from previous Star Wars films. Fisher’s mother, Debbie Reynolds, died of a stroke one day after her daughter passed in December 2016. 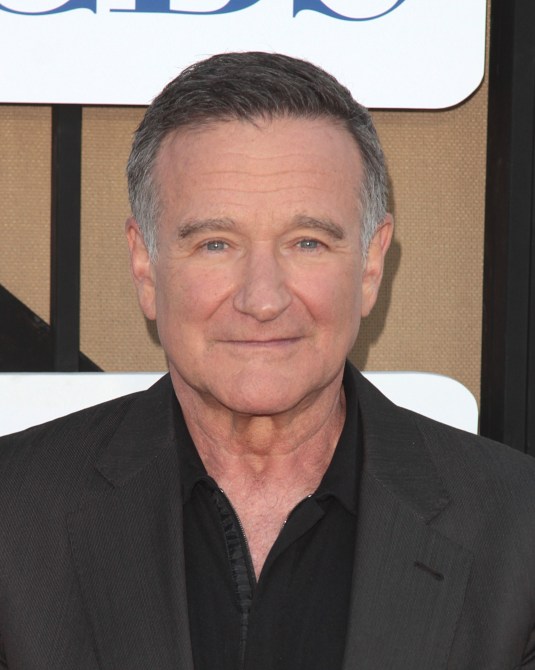 Williams died in August 2014 of an apparent suicide by hanging at his home in Paradise Cay, California. His wife Susan Schneider Williams, as well as medical experts and the autopsy, attributed his suicide to Lewy body dementia.  “My husband was trapped in the twisted architecture of his neurons and no matter what I did I could not pull him out,” his wife wrote in an editorial for the journal Neurology in 2016. 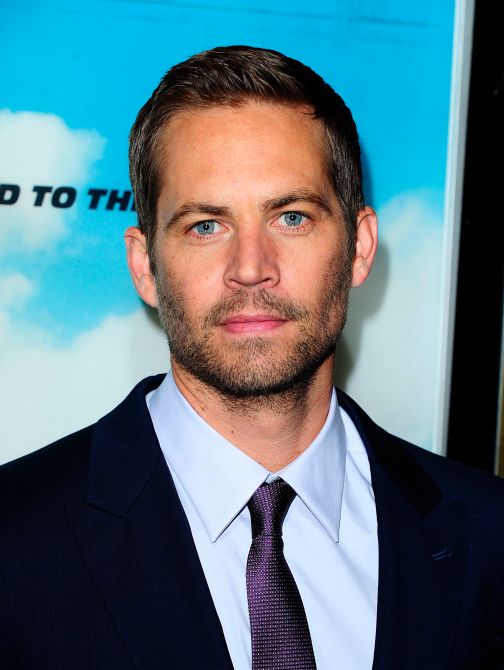 Walker died in November 2013 in a car crash. He was the passenger in a single-car crash with his friend and the driver, Roger Rodas. It’s thought that the crash was cause by driving into a gas pipe. Walker’s father and daughter filed separate wrongful death lawsuits against Porsche after the death, which resulted in settlements for the parties. Wiz Khalifa and Charlie Puth’s song “See You Again,” which was released as part of the soundtrack for his film Furious 7, was written as a tribute to him. 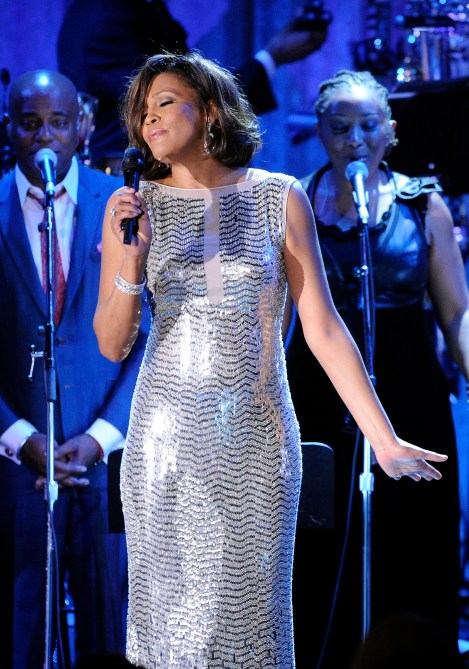 Houston was found dead in February 2012 at the Beverly Hilton in Beverly Hills, California. According to the coroner’s report, Houston had accidentally drowned in the bathtub, with heart disease and cocaine use as contributing factors. In 2020, Houston was inducted into the Rock and Roll Hall of Fame. 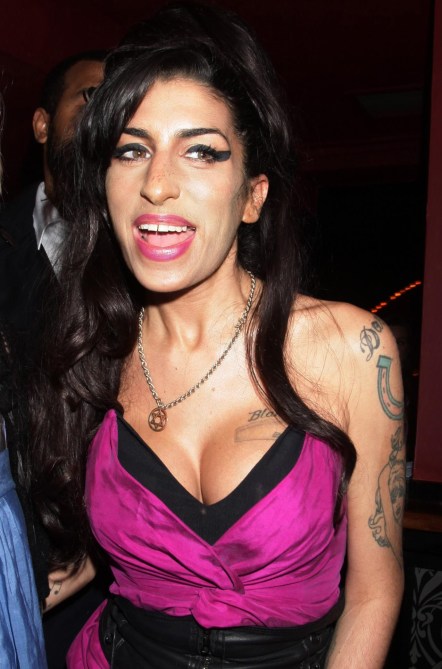 Winehouse died in July 2011 after her bodyguard found her lying on her bed in her home in Camden, London, and tried unsuccessfully wake her. Suspecting that Winehouse has slept late after a night out, her bodyguard left and returned five hours later to find that she was in the same position. After he concluded that Winehouse wasn’t breathing and had no pulse, he called emergency services, who pronounced her dead on the scene. An autopsy found that she died of alcohol poisoning. 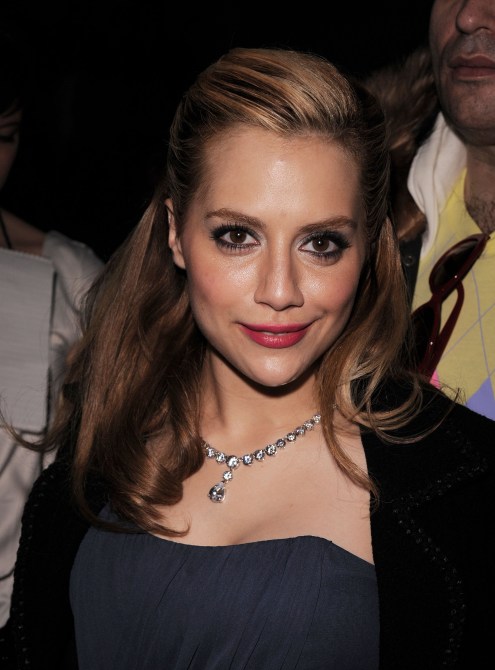 Murphy died of pneumonia in December 2009. On the day of her death, the Los Angeles Fire Department responded to a medical request at the home in Los Angeles that she shared with her husband, Simon Monjack. They found her collapsed in the bathroom. She was transported to the hospital, where she died after going into cardiac arrest. 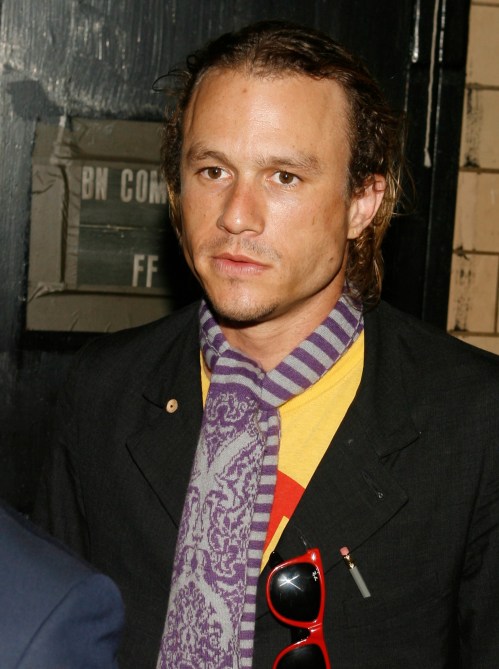 Ledger died in January 2008 as a result of an accidental overdose of medications. After his death, Ledger won the Oscar for Best Supporting Actor for his role as the Joker in The Dark Knight, which he finished filming a few months before his death. He is survived by his daughter Matilda, whose mom is his ex, Michelle Williams. “Every time I really miss him and wonder where he’s gone, I just look at her,” Williams told Vogue in 2009. “I can talk about grief, because that’s mine, about single parenting, about trying to balance work and kids. But what I don’t have to talk about is what happened between Heath and me in our relationship. Brokeback Mountain was an unrepeatable moment in time, a very charmed time in my life. I was in love. I was in a movie I was proud to be a part of and with a beautiful, brand new baby. Everything was good in that moment.” 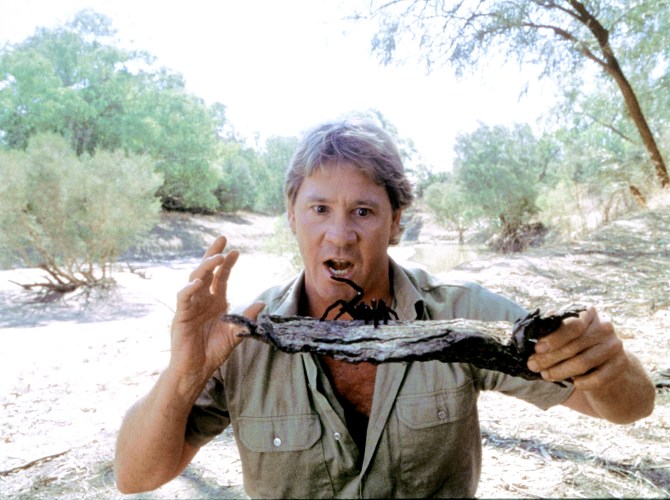 Irwin died in September 2006 after he was pierced in the chest by a stringray barb while filming in Australia’s Great Barrier Reef. He is survived by his wife, Terri Irwin, and his two children, Bindi and Robert Irwin, who continue to operate their family zoo, the Australia Zoo. 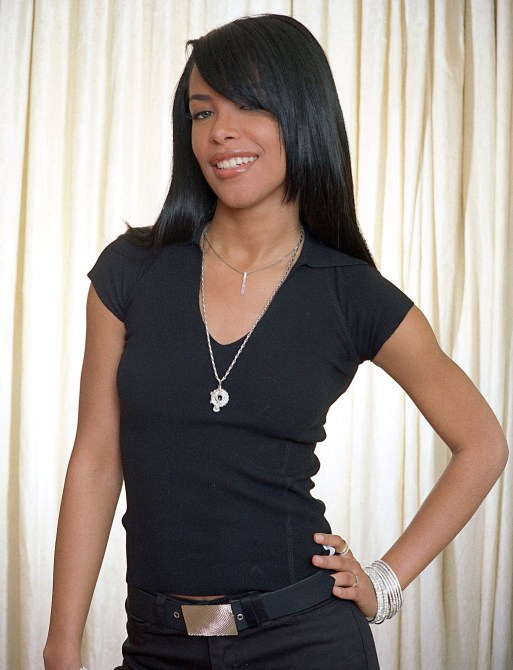 Aaliyah died in an airplane crash in the Bahamas in August 2001 after the overloaded aircraft crashed soon after takeoff. All nine people on board were killed. The pilot was later found to have traces of cocaine and alcohol in his body and was not qualified to fly the plane. Aaliyah’s family later filed a wrongful death lawsuit against the aircraft’s operator, Blackhawk International Airways, which was settled out of court. 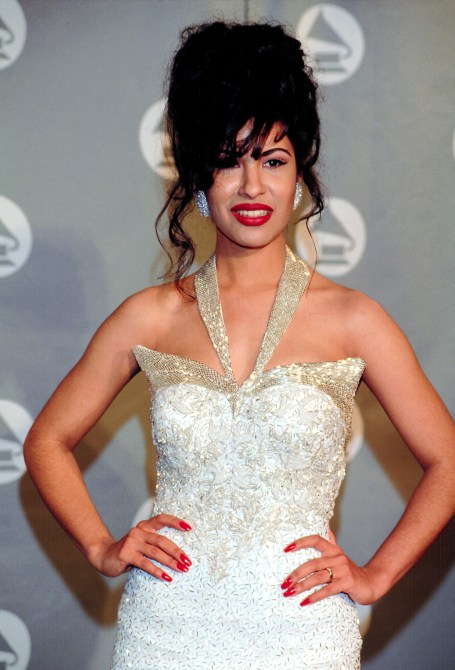 Selena was shot and killed in March 1995 by Yolanda Saldivar, her friend and the former manager of her boutiques and her fan club. Selena was killed after her family discovered that Saldivar had embezzled more than $30,000 via forged checks from her fan club and her boutiques. When Selena and Saldivar met at the Days Inn in Corpus Christi, Texas, to talk about the finances, Saldivar pulled a gun from her purse and shot Selena in the shoulder, which severed an artery and resulted in a severe loss of blood. A clerk at the hotel called emergency services, but she was dead on arrival at the hospital. 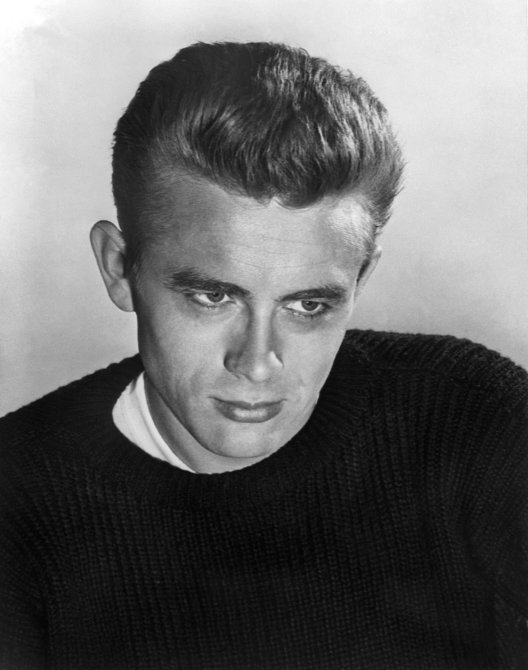