What is the most shocking celebrity breakup you’ve lived through? Over the years, we’ve seen dozens of famous couples come and go in Hollywood, from high school (musical) sweethearts like Zac Efron and Vanessa Hudgens to long-time faves like Rachel McAdams and Ryan gosling. But what are the most shocking celebrity breakups of all time? Well, we went back in time to find out.

In an interview with The Hollywood Reporter in 2019, Hudgens revealed that the part of the reason her relationship with Efron didn’t work out was because of the intense pressure from fans (and haters.) “It was this massive phenomenon and [all] eyes were on me. And it’s just a really weird foreign thing to go through, and by being in a relationship, it kind of kept me stabilized and grounded, and I had someone to lean on who was going through it as well,” she said at the time.

In the interview, she even recalled a fight she had with Efron that made HSM‘s director worry if the two were able to even act together. “I remember one time we did have a fight and it was while we were at rehearsals, and I remember Kenny Ortega coming around the corner with the most concerned look on his face like, ‘Oh no, is our movie going to fall apart?’” she said. “I pride myself on being a professional, so I was like that aside we are going to move forward and do what we need to do…and we sorted it all out. I think because I was so young, I think that relationship stabilized me.” 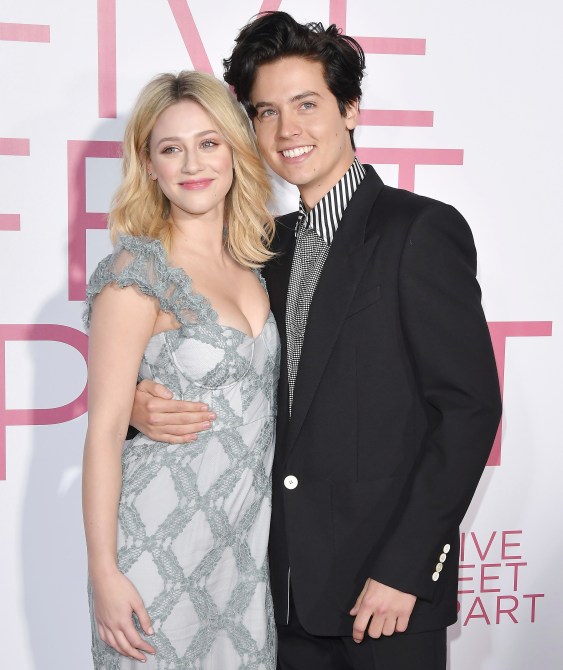 Sprouse confirmed that he and Reinhart split in an Instagram post in August 2020. In the post, Sprouse revealed that he and Reinhart had split in March of that year. “Lili and I initially separated in January of this year, deciding to more permanently split in March,” he wrote. “What an incredible experience I had, I’ll always feel lucky and cherish that I had the chance to fall in love. I wish her nothing but the utmost love and happiness moving forward. All I’ll say about it, anything else you hear doesn’t matter.”

Sprouse and Reinhart met on the set of Riverdale in 2016. News broke of their relationship in 2017 when they were seen holding hands at San Diego Comic Con. The two split once before between July 2017 and October 2017. 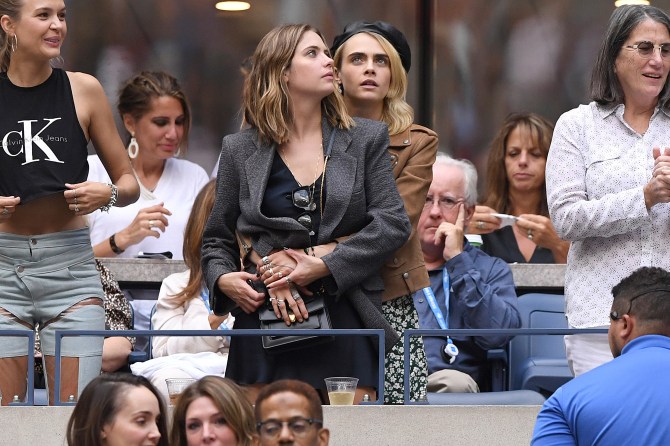 People reported in May 2020 that Delevingne and Benson had broken up after two years of dating. “Cara and Ashley always had their ups and down before but it’s over now,” a source said at the time. “Their relationship just ran its course.” The two were first photographed kissing at London’s Heathrow Airport in August 2018. They confirmed their relationship at the TrevorLive Gala in June 2019. Delevingne and Benson met on the set of the film, Her Smell, in 2017. 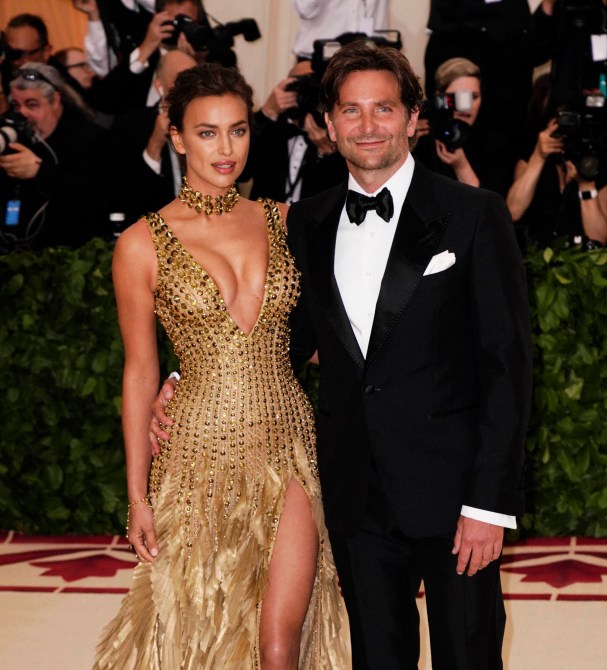 Cooper and Shayk were never married. The two welcomed a daughter named Lea De Seine Shayk Cooper in 2017. In July 2019, People reported that Cooper and Shayk split after four years together. Their separation came at a time when there was speculation that Cooper had feelings for his A Star Is Born costar, Lady Gaga, who responded to the rumors in an interview with Elle. “Quite frankly, I think the press is very silly,” Gaga said. “I mean, we made a love story. For me, as a performer and as an actress, of course we wanted people to believe that we were in love.” 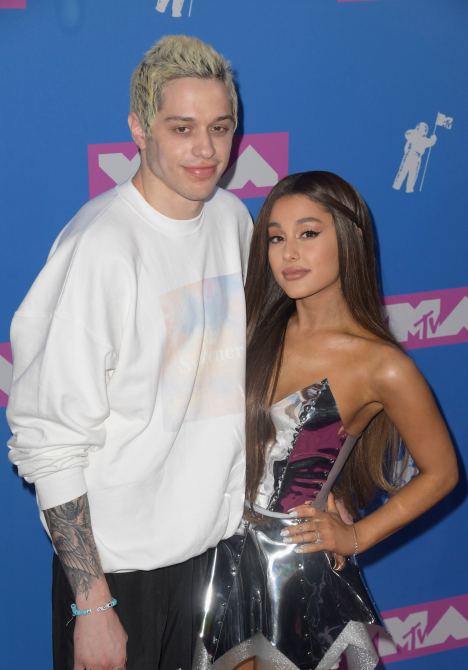 Grande and Davidson had a whirlwind relationship. The two met in 2016 when Grande was a musical guest on Saturday Night Live, which Davidson starred on. They started dating in May 2018 weeks after Grande split from her then-boyfriend, Mac Miller, and Davidson had broken up with his girlfriend at the time, Cazzie David. A month after news of their relationship broke, Grande and Davidson got engaged. They split in October 2018 after about five months of dating. “It was way too much too soon,” a source told People at the time. “It’s not shocking to anyone.” 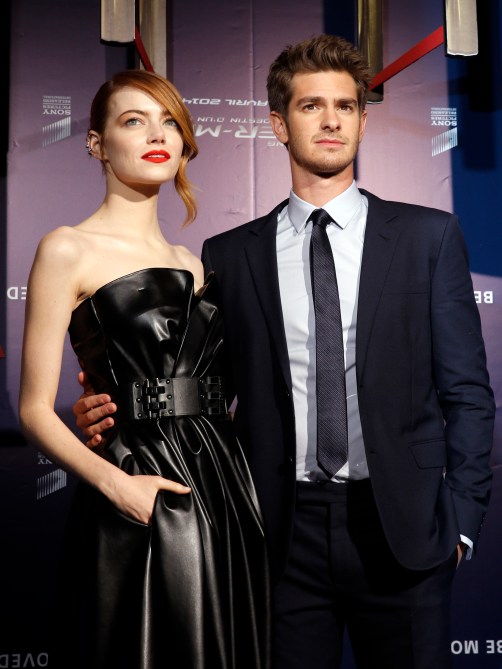 Stone and Garfield split in 2015 after four years of on-again, off-again dating. The two met while playing love interests, Peter Parker and Gwen Stacy, on the set of The Amazing Spider-Man in 2011. Despite their breakup, Stone and Garfield went on to have a friendly relationship. “I’m constantly inspired by her work. I’m constantly inspired by how she handles and holds herself. So for me, I’ve—it’s been bliss to be able to watch her success and watch her bloom into the actress that she is. And it’s also been wonderful to have that kind of support for each other. It’s nothing but a beautiful thing,” Garfield told Vanity Fair of his ex in 2017. 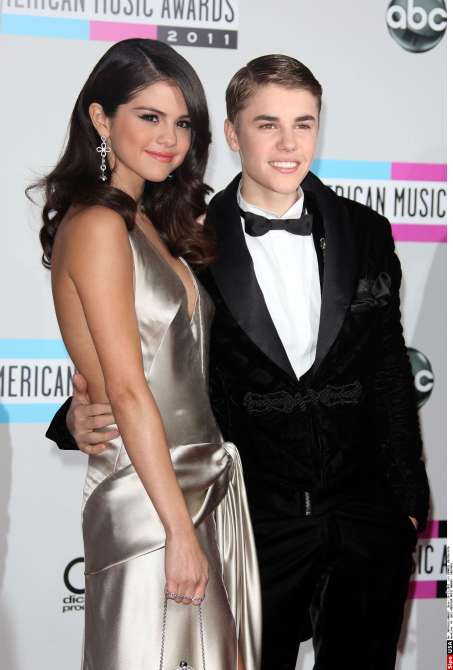 Bieber and Gomez have had an up-and-down relationship. The two started dating in 2010 before confirming their relationship on the red carpet of the Vanity Fair Oscars party in 2011. Gomez and Bieber went on to date on and off for several more years before their final split in March 2018. “They weren’t getting along and decided to take a break,” a source told People at the time. “It doesn’t seem like a big deal and they will probably be fine soon again.” Bieber went on to marry his ex-girlfriend, Hailey Baldwin, in September 2018. 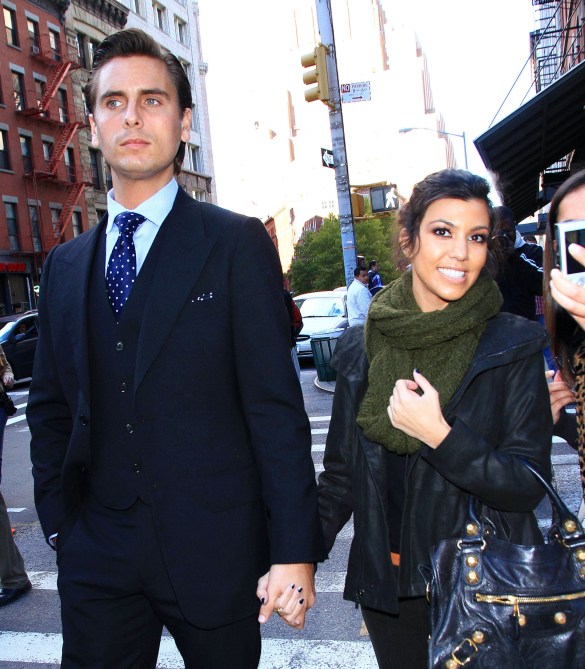 Kourtney and Scott have had one of the most tumultuous relationships in Hollywood history, and much of it was documented on her E! show, Keeping Up With the Kardashians. The two met via a mutual friend at Joe Francis’ house party in Mexico. They dated on and off from 2006 until their final split in 2015. The two share three kids: Mason, Penelope and Reign. 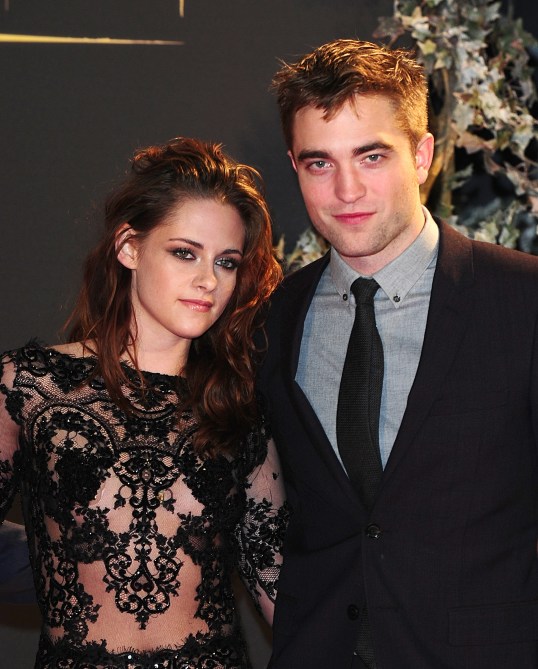 Stewart and Pattinson met on the set of Twilight in 2007 while playing love interests, Bella Swan and Edward Cullen. However, the two didn’t start dating until 2009. After a few years of on-again, off-again dating, Stewart and Pattinson split in May 2013. Their breakup came a year after Stewart was photographed kissing her Snow White and the Huntsman director Rupert Sanders. 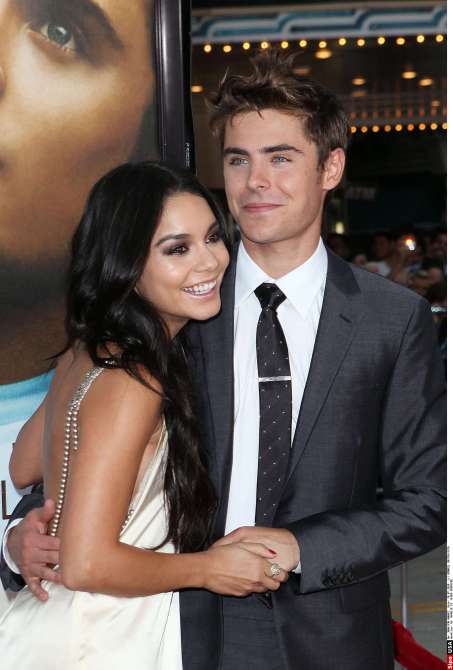 Efron and Hudgens met while playing love interests, Troy Bolton and Gabriella Montez, on the set of High School Musical in 2005. Though the two started dating at the time, they didn’t go public with their relationship until 2006 after the film premiered. After five years together, Efron and Hudgens split in December 2010, with a source telling People at the time: “They are 100 percent still good friends.” 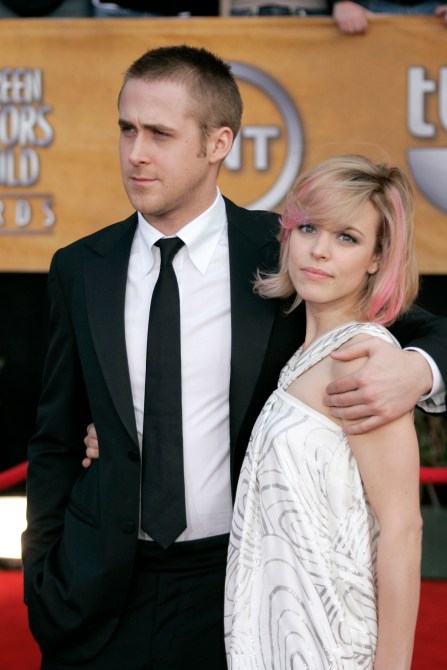 Gosling and McAdams became a fan-favorite couple when they starred as love interests in 2004’s The Notebook. After the movie, Gosling and McAdams went on to date on and off from 2005 to 2008. Gosling eventually married Eva Mendes, whom he shares two daughters with. McAdams, for her part, shares a son with screenwriter Jamie Linden.