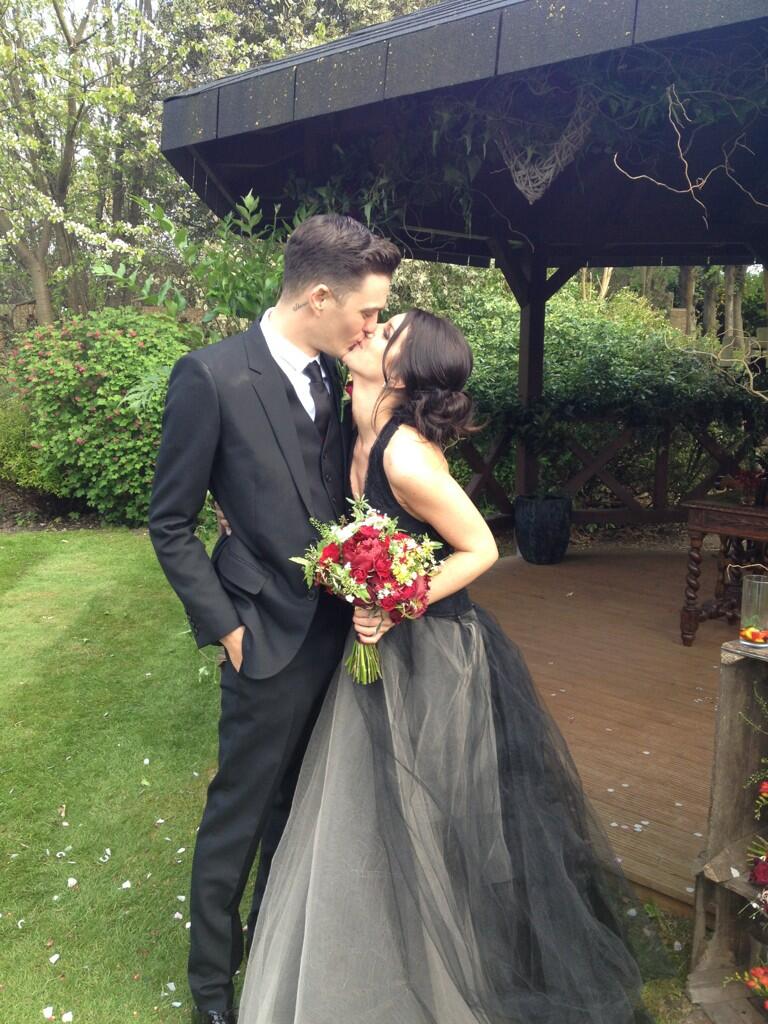 Just three days before the series finale of the long-running “90210” reboot on The CW, the show’s star Shenae Grimes has officially tied the knot with her model boyfriend Josh Beech. The 23-year-old actress announced their engagement back in December after dating for less than a year.

Grimes is known for her slightly offbeat sense of style, so it’s no surprise that she walked down the aisle at their low-key London ceremony in a black tulle Vera Wang wedding dress. We absolutely love it and think it suits her perfectly—after all, who doesn’t love a good colored gown? Grimes now joins the ranks of chic stars like Gwen Stefani, Jessica Biel, and Sarah Jessica Parker who’ve said no to traditional white dresses. Additionally, she didn’t make her grand entrance to an organ playing a boring rendition of “Here Comes the Bride.” Instead, she strolled in as house music blasted. Of course!

Last October, Grimes posed for us in a slew of fall trends and also shed some light on her relationship with the 26-year-old model. “I think we appreciate each other’s style. I think I dress how he would if he were a chick, and he dresses how I would if I were a dude — if that makes any sense! I’ve always said I dress like the kind of guy I would want to date someday. We dress kind of similarly. We’re definitely kind of the male and female grungy versions of each other,” she said.

Congratulations to the happy couple—and tell us, what do you think of her wedding dress?