Dresses, skirts, leggings and…swastika necklaces? At Shein, you truly can buy anything. For quite some time now, the China-based fast-fashion company has been hot on the heels of the reigning queen of “100 New Items Everyday,” Fashion Nova. How, you ask? Shein has opted to use the same hyper-aggressive social media marketing strategy that put Fashion Nova on the map in the first place: flooding the influencer market.

A simple Youtube search of “Shein Haul” returns over two million videos, a sizable number of which were created in partnership with Shein or feature gifted items from the company. I personally admit that I’ve shopped at Shein, and could point out their pieces in my very own closet. With its ever-expanding catalogue, low prices, extended sizing and army of ambassadors pumping out constant content, Shein is poised to become a fashion force to be reckoned with.

But should it be?

No company is without controversy, of course, but Shein seems to be struggling to ensure the items they release are, at the very least, not totally offensive. In the month of July 2020, Shein sold decorative rugs that looked suspiciously like Muslim prayer mats. Then, of course, there was the necklace. Less than a week ago, Twitter and Instagram were set ablaze when shoppers noticed a haunting symbol on one of Shein’s latest offerings—a swastika pendant. Yours for the low price of $2.50. 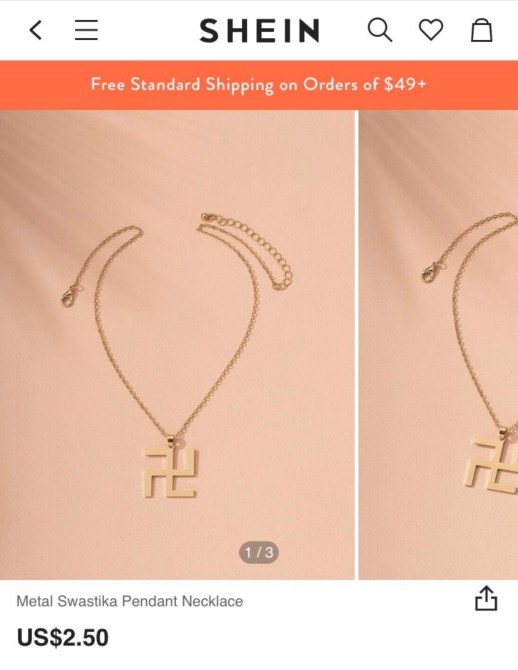 In an official statement from the brand, they maintain that the item was not a Nazi swastika, but the Buddhist swastika, which “has symbolized spirituality and good fortune for more than a thousand years.” Their statement continued: “The Nazi swastika has a different design; it is pointed clockwise and tilted at an angle. However, because we understand the two symbols can be confused, and one is highly offensive, we have removed the product from our site.” Just days later, the brand is under fire yet again for selling a necklace with an Allah pendant.

Shein also has a history of producing designs “inspired” by indie designers; cranking out cheaper versions of their creations to consumers who are most likely unaware of them doing so. This behavior goes back to as early as 2008, when Mexican indie label Valfre sued Shein for copyright infringement. In 2017, plus-size influencer Felicity Hayward noticed a shirt from her Self Love Brings Beauty brand was being sold on Shein’s website.

The question remains: How has Shein been able to sidestep these criticisms and thrive? When it comes down to it, there are three main factors at play, all of which are common amongst Instagram’s fast-fashion favorite brands: Low prices, an army of well-dressed influencers and some level of inclusivity.

Low prices and savings are fairly easy to understand—we all love a bargain. Brands like Shein, PrettyLittleThing and Boohoo use a common “pull strategy” (an advertising term) that motivates customers to repeatedly visit their web properties through the allure of via constant coupons and discount codes. Research has shown that coupons may actually make you happier. In a 2012 study, recipients of a $10 voucher experienced a 38% rise in oxytocin levels and were 11% happier than those who didn’t receive a coupon. Who among us hasn’t experienced a Shopper’s High after snagging a particularly good deal?

We are more likely to spend more money when coupons and discount codes are offered as incentives. On any given day, Shein has at least four to five discount codes offered to customers, including conditional promotions, student discounts, new customer discounts and the discount codes distributed to influencers to share with their followings. 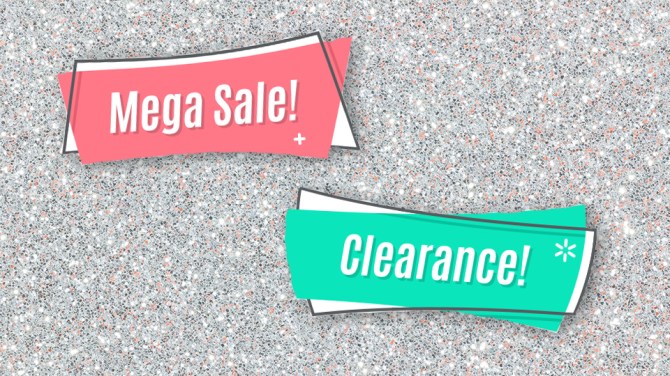 Next to the appeal of low prices, influencer marketing is probably one of the most ubiquitous forms of promotion these companies rely on. According to a WWD interview with Fashion Nova’s notoriously private CEO, Richard Saghian, mega celebrities like Kylie Jenner helped propel Fashion Nova to a 600% growth in sales revenue in 2018.

While major stars like Kylie will certainly profit from this kind of content (it’s been reported that she can command up to $1 million for a single sponsored Instagram post) most influencers do the work in exchange for a few freebies. In the case of Shein, Fashion Nova and many others, for free clothes, you are asked to publish videos and photos of yourself in the brand’s clothing. There is rarely any monetary gain for smaller influencers.

While we cannot say there is anything insidious about this practice, the sheer volume of influencers posting positively about this brand make it harder for the average consumer to ignore it—and it’s easy for the company’s failings to be buried under sponsored posts. On any given day, tons of Shein ambassadors publish Shein content, all with glowing reviews of the brand. So, when instances like the Swastika necklace come up, how can these ambassadors and influencers be expected to speak candidly about them? Very few public statements regarding the current controversy have been made by influencers who have worked with Shein in the past (which is not necessarily an admonishment of those influencers, as there may be contracts or other agreements at play keeping them from speaking out). 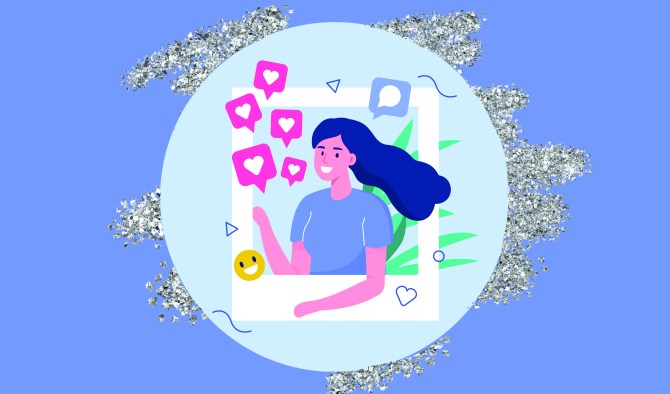 Last but not least within Shein’s trifecta of marketing genius is their inclusive size range. Fast-fashion companies are often the only places where plus-size ambassadors and influencers outnumber their straight-size counterparts. “Shein Curve” is one of the top searched terms on Google, and a search for “Shein Plus Size Haul” unfurls around 800,000 Youtube videos. The plus-size community in particular has been very supportive of Shein and other social media-made brands for the simple fact that they create clothing we can buy.

Traditional retailers were late to the plus-size fashion game, and many fast-fashion brands saw a ready and willing market and offered something plus-size women had not previously had access to: affordable and trendy clothing in their size. Who can blame us for wanting the same options as everyone else? Shein has continuously improved their Curve line, with the sizing improving over the years to better align with standard US sizing and expanding to a US 22 in many items. People of all sizes deserve to feel cute and fashionable, and if Shein provides options at an affordable price point, can we really blame shoppers for placing orders?

When you get down to it, Shein and the rest of the Instagram-approved fast-fashion world have a winning formula, the kind so powerful that even a Swastika necklace pendant may be forgiven and forgotten. But it’s time we face the uncomfortable truth about Shein and other fast fashion brands: what we gain in trendy clothes, good prices and speedy delivery, we risk losing in sustainability, cultural awareness and original design. If 1,000 new items a day seems too good to be true, there’s probably a catch.

At the end of the day, you have to decide for yourself where to spend your coins; just make sure the next time you check out at Shein, your cart is free of inflammatory symbolism.