Shay Mitchell may have found stardom on “Pretty Little Liars,” but growing up, she struggled with her self-image. As a teen, Mitchell, who’s half-Filipino, dyed her hair blonde and wore green contacts to fit in with her predominantly white friend group and emulate the women she saw in magazines. Now, at 30, Mitchell is very different woman. But she doesn’t look back on those years with regret—instead, she considers them a learning experience that pushed her toward embracing her natural beauty.

“I wish I could tell myself then to celebrate more of my natural beauty and what I was born with, instead of trying to be something I’m not,” Mitchell told STYLECASTER at Delta’s Taste of Travel event celebrating its new Blue Delta SkyMiles Credit Card with American Express. “But look, we all go through different stages where we’re trying to figure out who we are and what we want to look like. Ultimately, it comes down to celebrating your uniqueness and not trying to conform to anything else. Be proud of who you are and what you were born with.”

We all go through different stages where we’re trying to figure out who we are and what we want to look like. 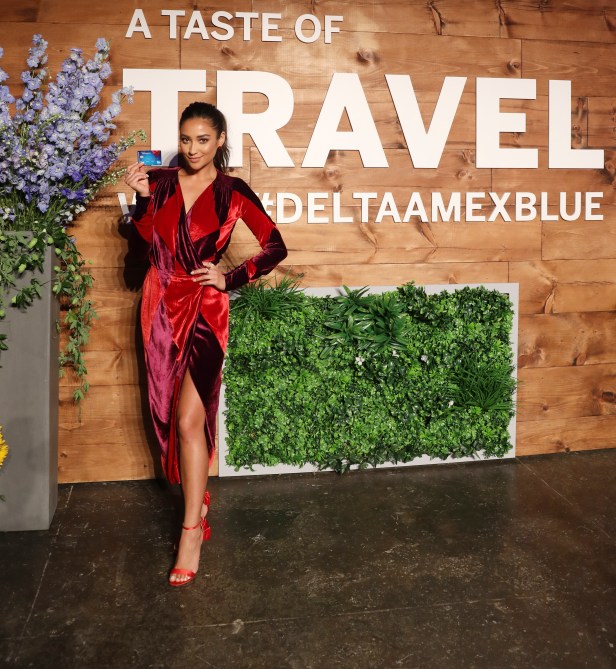 Though Mitchell has learned to love her own appearance, not everyone in Hollywood has done the same. When she was first cast Emily Fields on “Pretty Little Liars,” Mitchell recalls being harshly criticized for her looks. In the original Pretty Little Liars books, Emily is fair-skinned with red hair and freckles—traits Mitchell doesn’t have. “People who were big fans of the books wanted to see that character that they had imagined in real life. Frankly, I was the complete opposite,” Mitchell says.

However, as time went on and diversity progressed on television, Mitchell saw the tides turn. Now, instead of criticism, she typically receives an outpouring of support for portraying a character who is diverse, both racially and in terms of sexual orientation. The experience has transformed Mitchell’s perception of “a girl next door,” which she believes now can be anyone.

The world is turning into such a melting pot… There isn’t really that idea of what a girl next door is anymore.

“I hear feedback from so many people saying, ‘Thank you for sharing Emily with me,’ whether it be them relating to her personality, sexuality or ethnicity,” Mitchell says. “The great thing nowadays is I can be the girl next door. The world is turning into such a melting pot, which is a beautiful thing, so there isn’t really that idea of what a girl next door is anymore.”

But, despite fans embracing her Filipino traits, Mitchell doesn’t want to pigeonhole herself into “Asian roles.” Instead, she tries to look beyond race and search for female-driven characters whose skin color does not define them. “I don’t know if I looked particularly for Asian roles. I wanted to immerse myself in any role I found interesting,” Mitchell said. “I think strong, independent female-driven characters are things I tend to lean towards. But I don’t know if ethnicity is an issue with me. I try to ignore that and go in for a character more than their race.”

I [look for more] in a character more than their race. 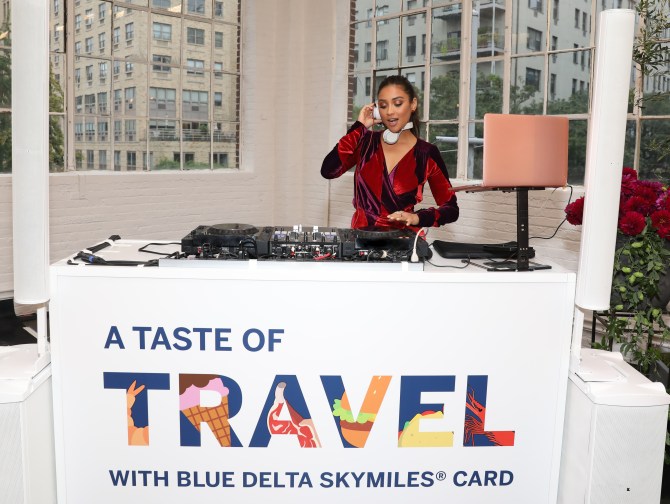 MORE: You Probably Have the Same Gross Face Mask Habit as Shay Mitchell

As for Mitchell’s feelings about young girls facing similar insecurities while growing up, she wants to help break down the facade of celebrity and show that everyone, even big-time TV actresses, feel insecure from time to time. “Everyone has insecurities. I don’t care who you are,” Mitchell says. “I’ve never met anybody who is completely happy with every single thing. It’s about acknowledging the fact that we’re all different and celebrating it.”