In 2016, Shannon Purser could have been any teen—going to high school and working at a movie theater—before booking her first on-screen acting role in the nostalgic Netflix series Stranger Things. She would be unceremoniously killed off in the first season by the dreaded Demogorgon, but not before Purser’s nerdy girl character, Barb, had become a cult icon. Unsurprisingly, other credits quickly followed, and now, only two years later, Purser has landed her first leading role as the title character in Netflix’s YA rom-com Sierra Burgess Is a Loser. “I feel like I have lived a thousand lifetimes within this short amount of time that I’ve actually been working,” Purser tells StyleCaster.

Chatting with the now-21-year-old, it’s not hard to imagine her actually defying the space-time continuum. As cliché as it sounds, Purser is wise beyond her years. She speaks with a self-assurance most of us aren’t fortunate enough to find until much later in life. We’d be remiss if we didn’t also mention she vibes hard with classic ‘80s bands, like Toto and REO Speedwagon. But while Purser is an old soul, her 1997 birth year plants her somewhere between Generation Y and Generation Z, or the oft-maligned millennials and post-millennials. It’s a space Purser is proud to inhabit. 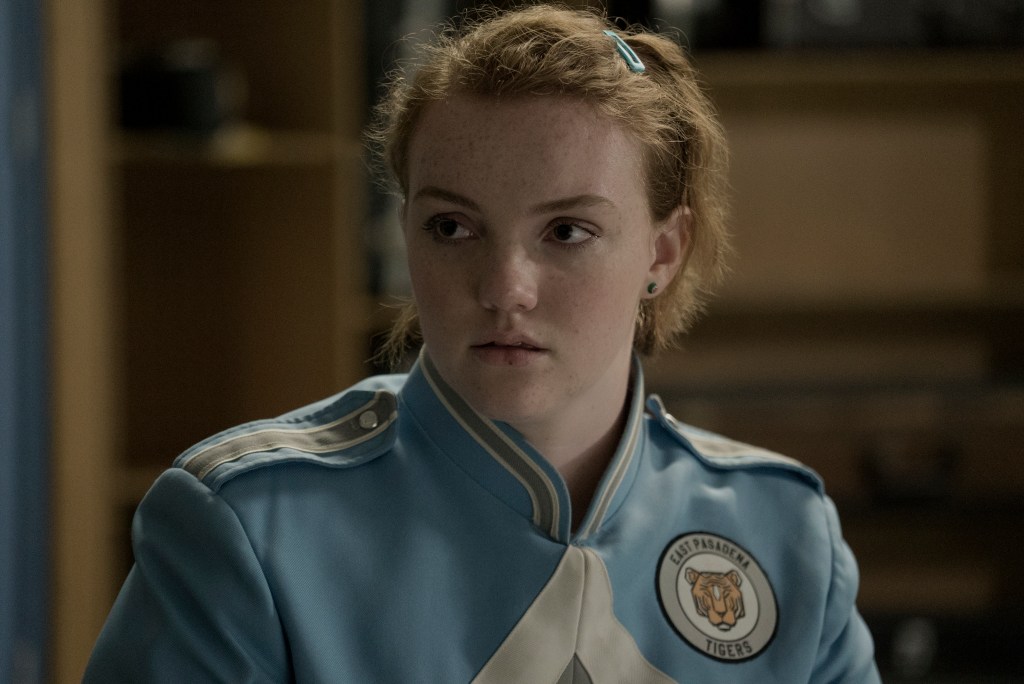 “People tend to have a negative view of millennials and Gen Z-ers when honestly, I mean, we’ve inherited the consequences of some bad decisions made by our previous generations, you know?” Purser says. “We’re a lot more strong and tenacious than maybe the older generations would like to give us credit. So I have a lot of hope for our generation. These are disturbing and hard times, but I think that the next generation has a lot of innovators and activists and leaders that are going to bring us into a better future.” (She cites the March for Our Lives movement, founded by teenage survivors of the Parkland school shooting, as a source of inspiration.)

Your best you is the real you.

Purser knows the mercurial pressure placed on young people to meet their potential, as well as the backlash they receive when they try to do just that. “I definitely feel that people look down on me because of my age or come into interactions with me with preconceived notions of how intelligent I might be or how well-versed I might be in certain topics. So, honestly, it’s kind of a pleasure to prove them wrong sometimes,” Purser says, laughing. “So many people tend to label and stereotype teenagers and forget that they are complex human beings with emotions who are going through real-life situations just like everybody else.” 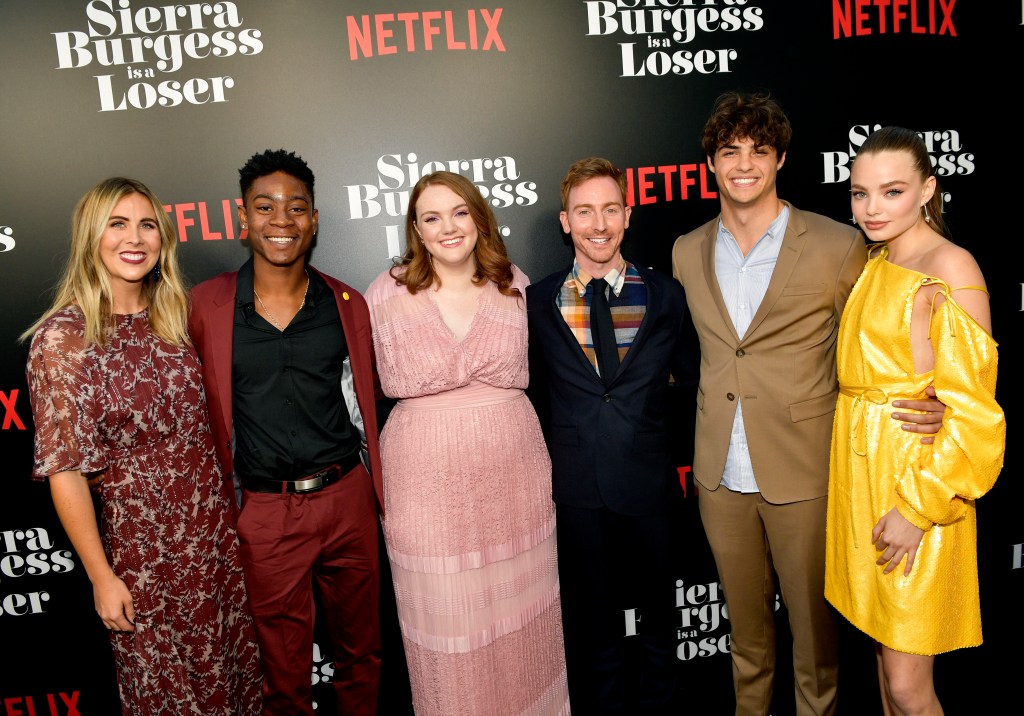 Sierra Burgess Is a Loser—like her roles in Riverdale and Stranger Things—embedded Purser in that nuanced (and deeply digital) world of her generation. Though homeschooled Purser didn’t have a traditional high school experience, the film finds the rising star on familiar ground: playing the smart girl with the pitch-perfect pithy responses for everything. Sierra doesn’t fit in with the “cool” crowd, but she’s OK with that—until a case of mistaken identity leads her to inadvertently catfish her crush. When her confidence falters, she makes a deal with the queen bee of her high school’s social hive to help her get the guy.

You have just as much to offer as a teenager as you do as an adult.

Because the movie serves as a sort of microcosm for the stereotyping and bullying so endemic in real life, the characters are—on the surface level at least—defined according to labels: handsome jock, popular cheerleader, quirky best friend, lovable loser. There’s salient subtext though, says Purser, and she hopes that’s clear to audiences. “The title of the movie is Sierra Burgess Is a Loser, but the point is that she’s actually not. It’s the expectations laid before her by society that have somehow convinced her that she’s inferior when she’s not, “Purser says. “I hope that people—especially young people—get that message from this movie… that you have just as much to offer as a teenager as you do as an adult, and that your best you is the real you. There’s nothing more validating than finding friendships and relationships that are based on authenticity and truth.” 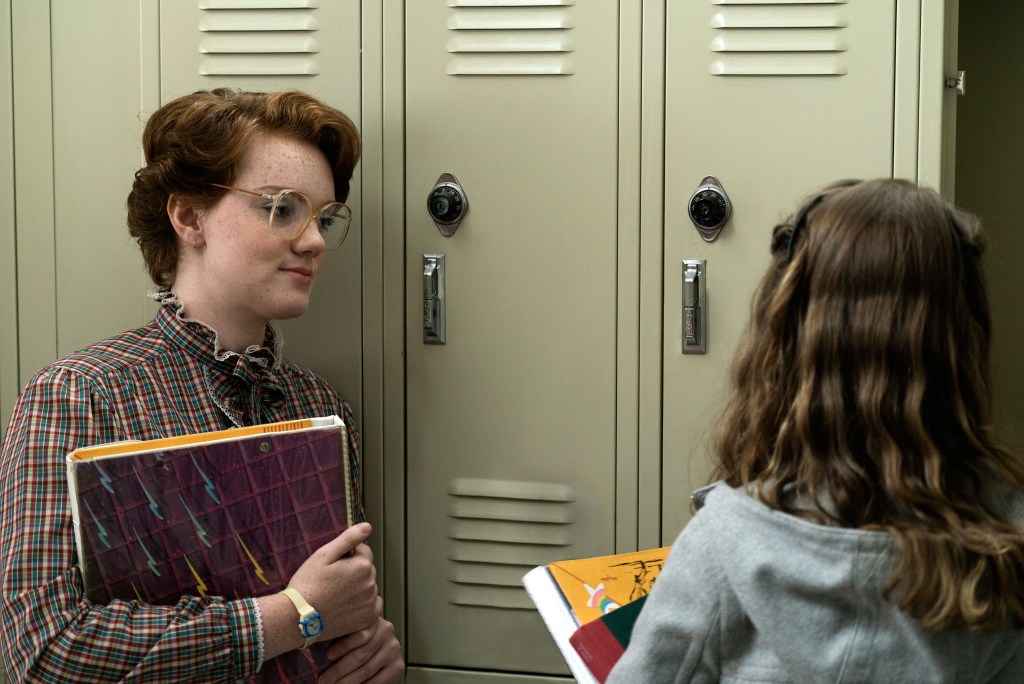 MORE: Is the Trend of Dark High School TV Better or Worse for Teens?

Where generalizing and its mealy-mouthed accomplice, marginalizing, are concerned, Purser feels hopeful that we’re approaching a point in history where they will no longer be the norm. “Our generation, more than any other, is making strides in being more inclusive and more careful in the way we label and treat other people,” she says. “Which is something that I really appreciate and admire about young people today.”

I feel like I have lived a thousand lifetimes in this short amount of time that I’ve been working.

That’s not to say Purser is so starry-eyed about her generation that she doesn’t recognize its shortcomings. On social media, she’s picked up on a disheartening trend in online bullying. “I definitely have [been trolled], and it’s really been disturbing to me because I’ve noticed that a significant majority of the people who are needlessly cruel to me are young people,” Purser says. “I wonder where that comes from—but I do know where it comes from because there’s this pressure to be validated and to fit in.” 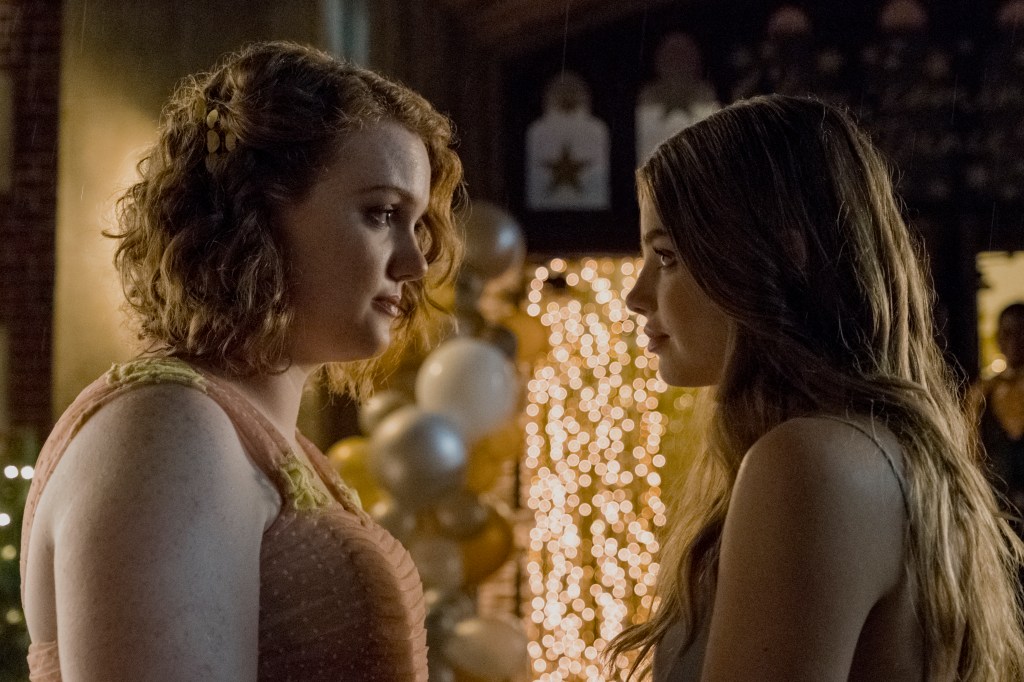 This particular pressure isn’t coming from previous generations but from within Purser’s own demographic. She explains, “Sometimes that means being good at sports or being the smartest. But sometimes that means, Who can get in the meanest jab? Who can get attention from a famous person? That’s how I’m going to feel validated. It’s really a shame to see these young kids who think that’s the way to get the attention that they want. So I try not to take it too seriously, especially when it comes to young people, because I have to believe that there is room for growth and redemption, that they can change.”

At the end of the day, if you have that love and respect for yourself, you’re much stronger.

In this respect, Purser isn’t unlike the characters she plays. Stranger Things’s Barb Holland, Riverdale’s Ethel Muggs, Sierra Burgess—they represent an alienation that many of us have felt in some form along the way. It’s understandable that Purser is fast becoming a symbol of self-love. Fans are even pegging her as the new Molly Ringwald, a crown Purser can hardly believe is befitting. “I mean, I adore her. She was like the face of her generation. She brought authenticity to all of her characters that I just really love and admire. And, of course, it’s great to have another redhead to look up to, for sure,” Purser says with a laugh. “I would love to bring the kind of quality of work that she did but in my own way. My own spin on it.” 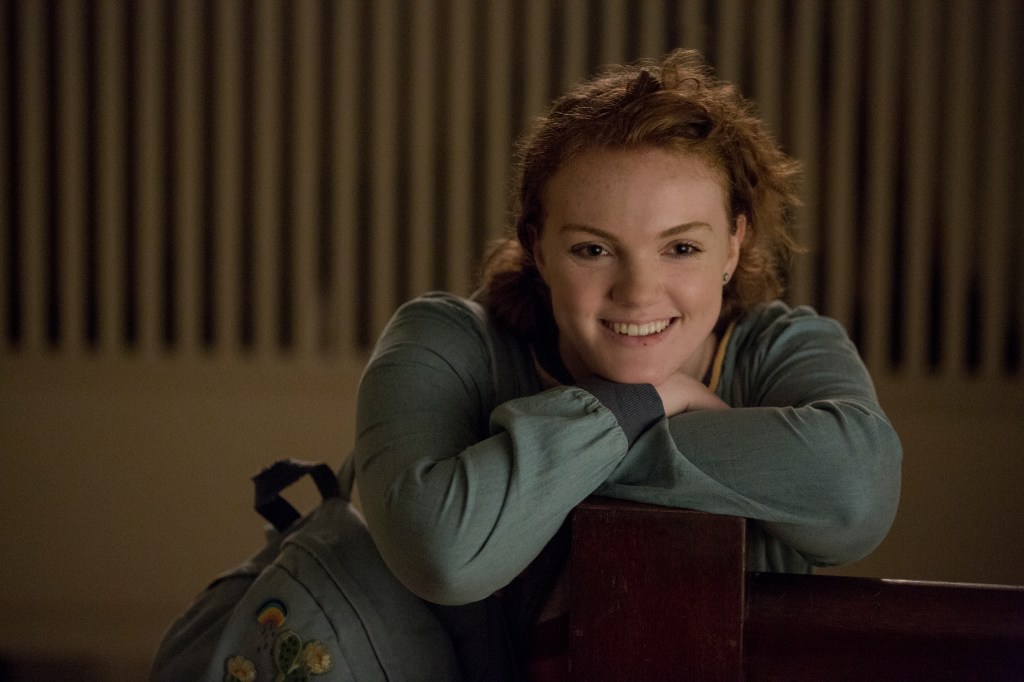 And two short years from now, Purser may just look back on her role in Sierra Burgess Is a Loser as the beginning benchmark. Asked about her favorite love story from the film (because there are a few), the actor’s response is a Ringwaldian mix of diffidence and self-awareness. “My favorite love story is between Sierra and herself,” Purser says. “It’s so important, and it’s something very personal to me as I’m learning to overcome my own self-doubts and insecurities. There’s something very poignant about it, because at the end of the day, even if you don’t have a great group of friends or a great family, if you have that love and respect for yourself, you’re much stronger.”