When two of my favorite things combine on the streets of NYC, I take notice. In this case, those two things are Big Little Lies and NYFW. Big Little Lies star Shailene Woodley wore a yellow coat to the Carolina Herrera NYFW 2019 show, and it’s really just the ray of sunshine we all needed. Seriously, if it were a real thing, I’d nominate Shailene Woodley for spring queen.

The actress attended the Carolina Herrera show in the springiest of spring outfits—despite the fact that, yes, it’s still winter. Woodley looked seriously adorable in a printed blouse with ruffled details, light green shorts and a bright yellow Carolina Herrera coat. The coat—obviously the star of this outfit—was covered in metallic gold flowers that scream spring. And, as if that weren’t perfect enough, the lining of the coat is light pink. It’s like everything wonderful about spring (pastels, flowers, the new season of Big Little Lies) was handed to us in the form of Shailene Woodley sporting this coat. 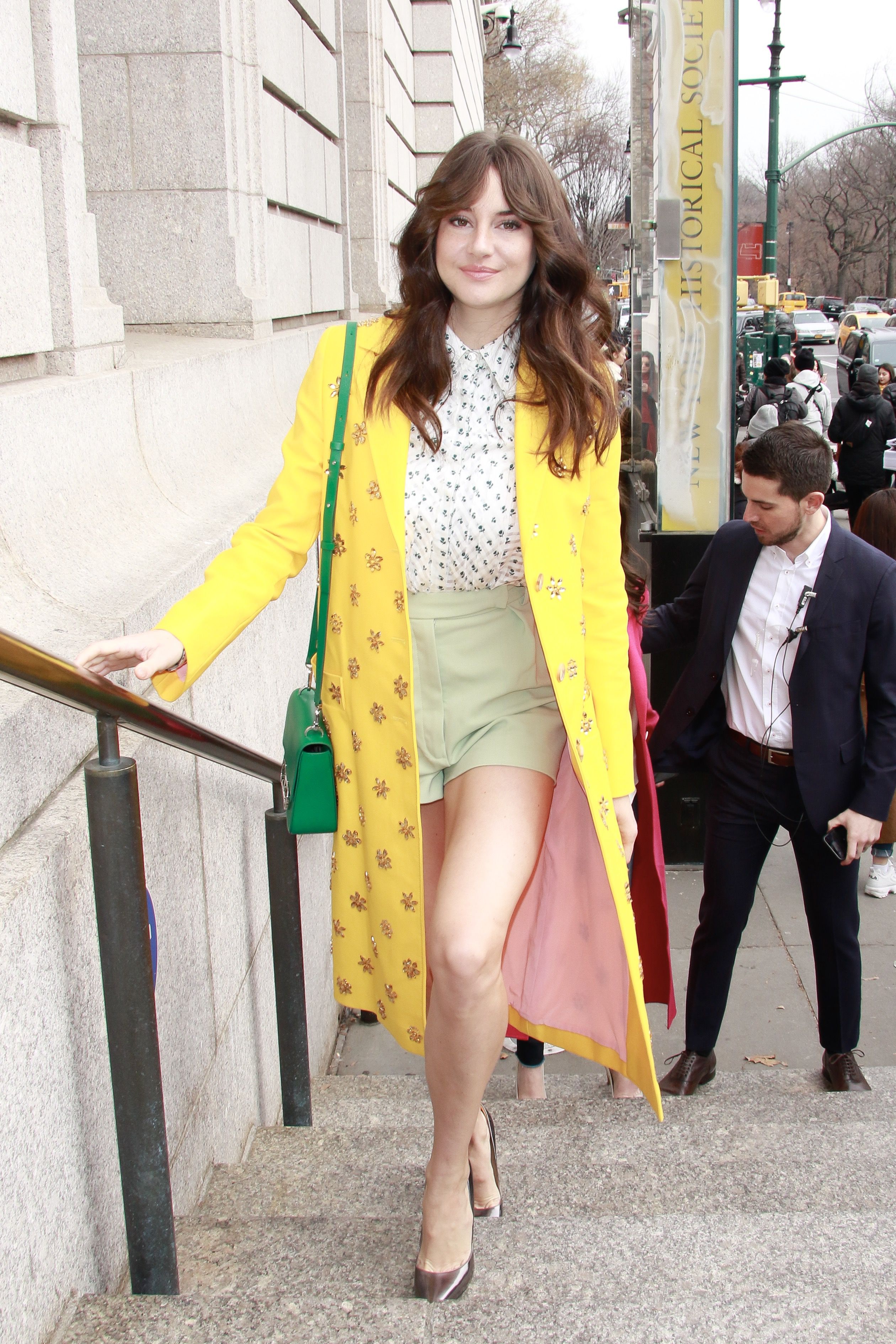 For the finishing touches of the ensemble, Woodley did not disappoint. She wore metallic heels (to go back with the metallic flowers on the coat) and carried a green purse that reminds me of freshly mowed grass. I can just feel my spring allergies approaching, but for once, I’m not mad about it. Bring me my nasal spray, baby, because I’m ready for spring.

Woodley has been making appearances all over NYFW, including front row at the Proenza Schouler show on Monday. It looks like the actress is set to bring it in both the fashion and entertainment industries this year. Until season two of Big Little Lies premieres in June, we’ll just have to be satisfied with Woodley’s killer outfits. I guess we can manage.