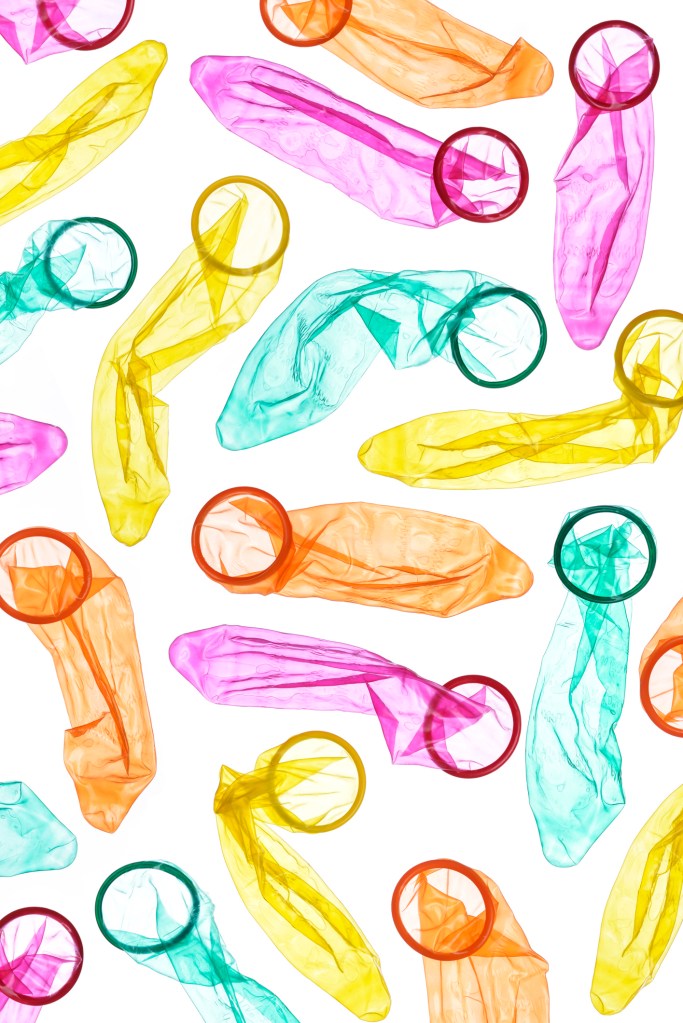 Three months after I met my now-boyfriend, we came home from a party and fell tipsily into bed. Through my boozy haze, I suddenly saw that he was about to go for it without a condom, which sobered me up, quick. “Hold on,” I said. “What’s happening here?”

I’ve been on birth control since my late teens, but have always been religious about using condoms unless I’m in a monogamous relationship. (The words of my aunt, an OB-GYN nurse practitioner, are burned into my brain: “Never get near that area unless it’s wrapped up.”) I knew I really liked this guy, and was getting reciprocal vibes, but there had been no talk of feelings or titles. But this particular postparty incident sort of forced the issue. “Does this mean you’re not sleeping with other people?” I asked. He said yes, and we confirmed that we were now exclusive—physically and emotionally. I dug this development, even if the way it unfolded wasn’t exactly romantic. I know, it’s 2016, what did I expect?

My friend Jamie, 27, says having sex without a condom also made her relationship substantial. “One night after we’d been dating for around seven months, we were both super drunk, and it just happened,” she says. (Seeing a pattern with liquid courage?) “I do feel like it brought a new level of seriousness to our relationship, since it’s more intimate than sex with a condom, and I think it helped build trust between us.” It worked out for Jamie and her boyfriend, who are still going strong more than two years later.

But for every woman who’s had a good condomless sex experience, there’s another who’s had a shitty one. That doesn’t surprise sexologist Emily Morse, Ph.D., host of the “Sex with Emily” show. “Sexclusivity does not always equal exclusivity,” she says. “If the condom issue helps spark a dialogue, that’s a great starting point. But I would caution women against leaving it at that.” In today’s super-casual dating culture, Morse says a promise of sexual exclusivity may be more of a placeholder than a long-term commitment. “‘We’re only sleeping with each other’ can have a whispered subtext of until someone better comes along,” she says.

MORE: 16 Celebrities on the First Time They Had Sex

That’s what happened to Anne, 26, who was hooking up with a guy she really liked for two months before the no-condom convo. “It felt natural, I was comfortable with him, and to me it implied that we were more into each other than just a meaningless hookup,” she says. “We hung out all the time and met each others’ friends—but ultimately never talked about where we stood emotionally, which came back to bite me.” When it became clear that he didn’t see a future with Anne, she ended things, but she still wishes she’d initiated that talk months earlier.

Even if you’re not looking for something serious, don’t assume that a guy skipping the condom means you’re sexclusive. Another friend, Audrey, who’s 29, confronted her on-and-off hookup buddy when he pulled the no-condom move one day. “My gut told me he was doing this with other women, so now I make sure he puts on a condom every time.”

As a rule, make no assumptions, says Morse. Because of today’s dating norms—or lack thereof—we tend to use sex as a reference point for relationship status, which can be misleading. “We are mating and dating in a culture defined by instant gratification. For a long time, it was commitment first, sex later. Now we’ve gone to the other extreme, having sex in the hope that it will turn into a relationship.” Plus, she says, we’re more comfortable talking about sex than feelings, since sex is the accepted method of intimacy. “Bringing emotions into the picture feels like a risk we’re not ready or willing to take.”

It seems ironic that sleeping with someone is less risky than admitting we actually like that person, but that’s the experience for a lot of millennials. Anne says she worried that if she told the guy she was dating she wanted a relationship, he wouldn’t reciprocate, and things would end.

“We’re afraid of getting hurt by someone who is always looking over their shoulder or swiping right for the next hot thing,” says Morse. “Whether they realize it or not, many women feel pressured to fall into the ‘cool girl’ routine—they think going with the flow is what they’re supposed to do, whether it’s what they really want or not.”

It may suck to tell a guy you’re dating that you want something serious, and have him slowly back away, or worse, ghost. But if that’s how he reacts, you’re ultimately saving time and energy, and freeing yourself up to date men who want the same things you do. Serious or casual, condom or no condom—don’t let sex (and its logistics) be the benchmark for where you stand with someone you’re dating. As Morse says: “The only way to define the relationship is to define the relationship.”