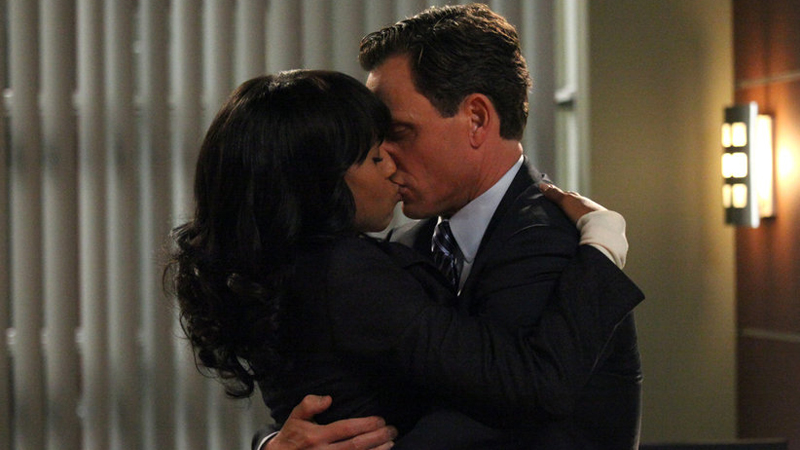 Fact: The characters on “Scandal” don’t typically exemplify what it means to be in strong, functional relationships—or even, ya know, what it means to have moral standards. That said, they can definitely teach us a spicy—or, dare we say, scandalous (sorry, we had to!)—thing or two about how to take things up a notch in the bedroom. The proof? These eight crazy-good sex tips from your favorite gang of misfits:

1. Sex at Work Can Be Hot (But Risky)
Just ask Quinn and Huck. Their doggie style up against the office table basically made Twitter explode.

2. Sex on the Floor of a House Works, Too
Ideally, it’s one that a fictional president of the United States built for you in Vermont (scratch that whole jam-making part).

3. Know Your Partner’s Superpower
That’s the thing he or she can do really, really well. (And we all know Fitz’s. AHEM.)

4. Shower Sex Is Always Hot
Olivia and Fitz in the show? Yes, please.

5. Know When Sex Is Not the Best Idea
For example: Passion and anger-fueled sex with your ex at your goddaughter’s christening? Eh, you should probably take a pass.

6. Be a Little Bossy
Not getting your needs met? Feeling underappreciated? Want a little more love, romance, and courting? Speak up!

7. Late-Night Phone Calls Make for Excellent Foreplay
Who doesn’t miss all that sexual phone tension from seasons one through three?

8. Be Confident in Your Abilities to Exude Sex Appeal
Or, as Jake might put it: “As long as we’re back, it’s always his turn, despite the fact that I’m the one you like to ride. That I’m the one that makes you moan. That I’m the one who reaches you in places that he can’t begin to touch. Isn’t that right?” Yowza.