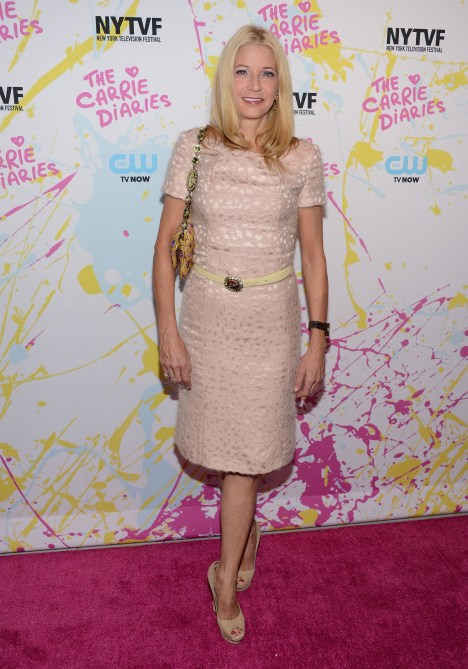 At last night’s premiere of “The Carrie Diaries” at the 2012 New York Television Film Festival, we got to meet one of our idols—Candace Bushnell. Bushnell has quite a résumé. Her columns in The New York Observer inspired the smash hit show (and two subsequent film versions) “Sex and the City,” and since then, she’s had a slew of bestselling novels, including The Carrie Diaries, a look at “SATC” protagonist Carrie Bradshaw‘s younger years. (As such, she’s an executive producer on the new TV version of her books, which is set to premiere in January.)

As any “Sex and the City” junkie knows, Carrie Bradshaw’s style is impeccable and at times incredibly kooky (thanks to legendary costume designer Patricia Field). So we had to ask Bushnell what she thought Carrie’s most iconic ensemble was.

Her answer was simple: “You know, I’ve always loved that crazy tutu that Sarah Jessica Parker wears in the opening credits,” she said. While we may have said the newspaper print John Galliano dress, we can’t exactly argue with the person who inspired Carrie herself.

Bushnell also promises that the “new Carrie,” portrayed by AnnaSophia Robb, will have plenty of memorable fashion moments of her own. “The fashion is definitely 1980s-inspired, but not joke-y or cartoon-y. But sometimes when I see some of the vintage pieces we use, I’m like, ‘Did we really wear those clothes?!’ They’re so outrageous.”

She was also quick to note that she’s been seeing some of these trends pop up lately. “I went to a Bar Mitzvah this summer and all of the girls I actually took pictures of looked like they were wearing ’80s kind of dresses. It all comes back, or it never leaves,” she explained.

While many are skeptical about the second coming of Carrie Bradshaw, Bushnell isn’t as concerned. “Both Carries are quirky, curious, intelligent, full of personality, and also very vulnerable,” she said.