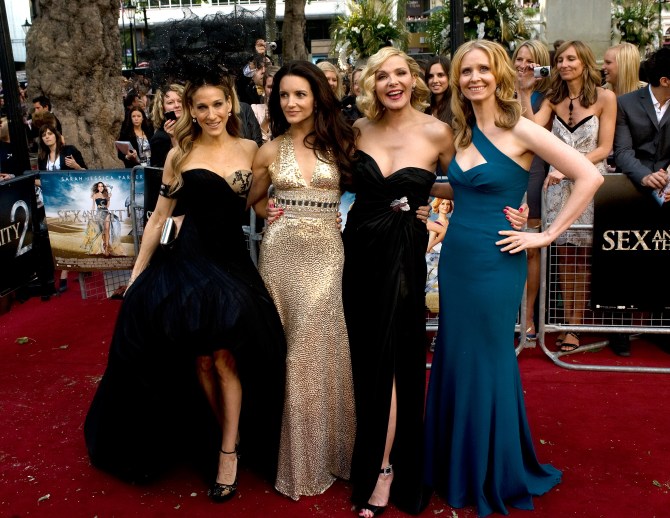 Look, we’re the first ones to proclaim our unending love for “Sex and the City.” We’re regularly quoting the HBO series, writing about it, and generally referencing it, but that’s not to say we’re in love with all things SATC. Like so many other super-fans, we certainly could have done without the abysmal movies.

Which is why we’re on the fence about “Sex and the City” producer Michael Patrick King‘s assertion that a third movie isn’t out of the question, when asked about a comment star Sarah Jessica Parker made in January to InStyle, that she believed there was one last chapter to tell.

Talking to Entertainment Weekly, King said that “Sarah Jessica and I both know what that final chapter is. That doesn’t mean it will or should be told, but I do think there’s one story left. Whether it ever happens is a whole other situation. But there’s four girls, and those girls are still in my mind. There are other stories to tell and characters that haven’t even been written yet.”

Obviously, it would amazing to see more of Carrie Bradshaw and the gang, but let’s hope that the potential third installment isn’t a complete downer like the first flick, or a cringe-inducing caricature like the second one, which was set in Abu Dhabi for some still-unknown reason.

What do you think this quote from Michael Patrick King means? Should we expect a third movie? Weigh in below!