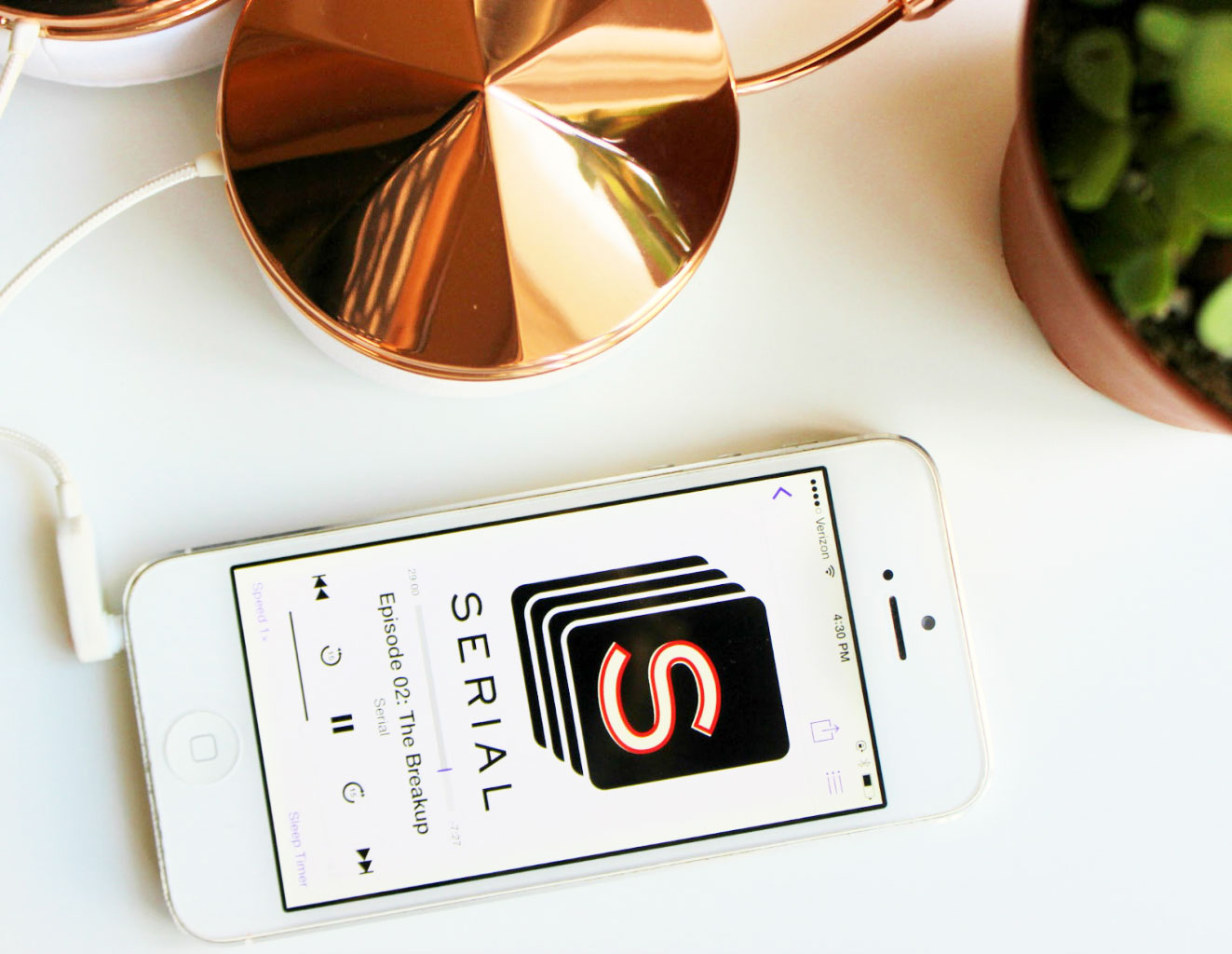 The folks at This American Life have remained frustratingly vague about the upcoming second season of Serial. So far, all we really know is that the compelling podcast‘s next iteration will be released some time in 2015—and considering it’s November, well … chop-chop. Today, though, we were thrown a tidbit of news from the show’s producers: Serial will soon be available to stream on Pandora.

To be clear, the cult-favorite podcast, which was downloaded about 100 million times during its first season, will still also be available on the original platforms, like iTunes, your podcast app, Stitcher, and its website. The new deal with Pandora is just an opportunity to get a whole new audience hooked on the show—and to offer its producers a new way to make cash.

Although the audio series already includes advertising (avid fans probably still have that MailChimp spot stuck in their heads), Pandora will include its own ads in the version streamed through its platform, and the show’s producers will take a cut of the revenue.

Next year you’ll also be able to stream episodes of This American Life on Pandora, but the show’s host, Ira Glass, promises nothing will change for regular listeners.

“For people already listening to Serial and This American Life, nothing will change,” said Glass in a statement. “But we believe lots of people who’d like our shows simply haven’t heard of them or haven’t started listening to podcasts.”

“Pandora reaches millions of people who never listen to public radio or download podcasts,” he continued. “This’ll get our shows to them.”

Each episode will land on both platforms at the same time—Thursdays at 6:00 a.m. EST—but will be consumable in five-minute chapters on Pandora to make it more appealing to users who prefer listening to song-length audio or aren’t used to the full hour-long podcast format.

So basically, this just means you can prepare for the second season of Serial to be even more buzzy, listened-to, and talked-about than the original. Get excited, folks.

MORE: 20 Podcasts to Download If You’re Hooked on ‘Serial’