As one of Bachelor Nation’s most hated contestants this season, fans want to know The Bachelor 2021 spoilers about Serena Chew to know when Matt James will send her home.

Serena C. was one of 32 contestants who met Matt, a 29-year-old real estate agent from Raleigh, North Carolina, on the January 4, premiere of The Bachelor season 25. Matt, who is the best friend and roommate of Bachelorette alum Tyler Cameron, was announced as the season 25 Bachelor in June 2020. Unlike the previous Bachelors, Matt is the first Bachelor since Brad Womack in 2011 to not be a former Bachelorette contestant. (Though he was cast for Clare Crawley’s season of The Bachelorette in 2020, he never made it on the show, as he was chosen as the Bachelor soon after.)

As for if Matt’s Bachelor 2021 winner has been revealed, Reality Steve can confirm that she has. Reality Steve revealed Matt’s winner prior to the premiere of his Bachelor season in January 2021. According to a source for OK! magazine, producers were “livid” that the end was leaked. “Everyone on the show has been reminded that they signed non-disclosure-agreements,” the source said. “The show’s PR department strategically leaks information and teases each season to get publicity and viewers excited. However, the number of unauthorized leaks has gotten out of control. To have the winner leaked before the first episode even airs is terrible. Producers are livid,” the source adds. 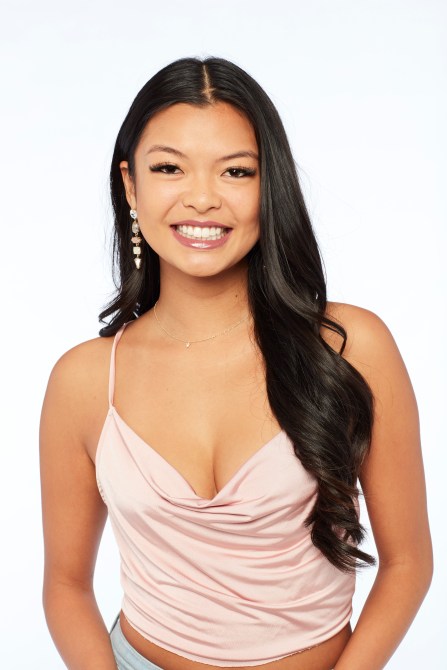 Who is Serena C. from The Bachelor?

Serena C. (who is one of two Serenas this season, alongside Serena Pitt) is a 24-year-old from San Francisco, California. In her Bachelor bio, Serena described herself as a “free spirit who loves adventure,” much like Matt. “Serena C. is a free spirit who loves adventure and is always up for a good time. After spending time in quarantine, she has taken the time to really think about what qualities she wants in a partner and she is here because she thinks that Matt James may be her perfect match!” her bio reads. “She is looking for a man with charisma, good character and someone with whom she can have a strong physical connection.”

Serena C. also described her ideal date, which consists of a “fancy night out” and “thought-provoking conversation” with champagne. “Serena C.’s idea of a perfect date is getting all dressed up for a fancy night out, taking in the sunset over good champagne and a thought-provoking conversation,” her bio reads. “She needs a man who wants to be professionally successful, but is also a free spirit like her with dreams of traveling the world. Serena C. says that it really takes a special kind of man to lock her down, and we think Matt may just be the man she’s been waiting for!”

For her fun facts, Serena C. lists the following:

– Nothing makes Serena C. happier than when she puts together the perfect outfit.

– Serena C. is not a fan of birthday attention.

What is Serena C.’s job?

Does Serena C. win The Bachelor?

So does Serena C. win The Bachelor? Well, as fans expected, she doesn’t even make it close to Matt’s finale. In fact, Serena is eliminated way before Matt’s final five, who are Abigail, Serena P., Bri, Michelle and Rachael, according to Reality Steve. (Yes, Serena C. is eliminated before Serena P.) Reality Steve also reports that Matt’s final five are eliminated in that order, which means that Rachael is his winner. For more detailed spoilers about Matt’s winner, click here.