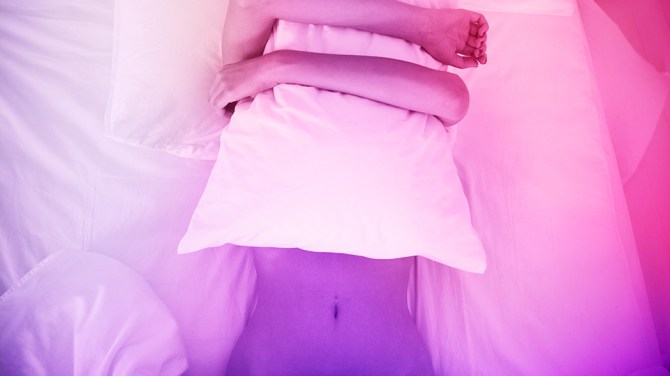 Last week, a frustrated 26-year-old male Reddit user posted a query about his sex life that quickly racked up more than 250 replies. Needing advice about a “selfish lover” seemed to hit a nerve with people—and lots offered empathy and tips. The unique part of this user’s situation seemed to be how happy and in love his relationship otherwise was, making it even more delicate for him to try to address sexual shortcomings. When things are going great outside of bed, no one wants to bring something negative up that could create conflict—unfortunately, that’s something we’ll all have to do at some point or another in order to have healthy relationships and sex lives, experts say.

One such sexpert who routinely gets questions like this on his column and podcast is Dan Savage, who advises people of all ages, backgrounds, sexualities and gender identifications about how to have better relationships and sex. One of Savage’s favorite acronyms (along with DTMFA, “Dump the Mother-Fucker Already” and CPOS, “Cheating Piece of Shit”) is GGG, which stands for “Good, Giving, and Game.” In Savage’s opinion, along with his hundreds of thousands of readers and listeners, GGG denotes the three basic qualities every good partner should be in bed: Good (self-explanatory); giving (as in providing your partner plenty of time, attention, and pleasure); and game (meaning you’re down to try things they’re into, even if it’s not your thing).

By violating the second G, and paying less attention to your needs than their own, selfish partners create problems in the bedroom, which then spill over the rest of your relationship. As the Redditer wrote in his post (which he’s since deleted): “I have tried to work with [my long-term girlfriend] for several months, being caring and getting her off… I feel like we’re not being a team, because I do anything for her in bed that she asks. I feel less loved by her because she doesn’t want to do things she knows I like, such as going down on me.”

For this guy, his partner’s sexual selfishness led him to feel emotionally shorted, which was made even worse by the fact that she’d been totally into the very kinks he craved early on in their relationship. He was understandably confused by the major shift, wondering what he was doing wrong.

“In the beginning, it may have been a turn-on for this guy’s girlfriend to be the teacher,” says sex therapist Laurie Watson, LMFT, host of the sex therapy podcast FOREPLAY. “Maybe her biggest turn-on is to see herself dominate a naïve man—heady stuff! But as soon as he started to have opinions and demand certain acts, the power balance shifted—she became the slave rather than the master; the responder, rather than the initiator. Sex is often snagged in that power struggle, when the chasee becomes the chaser, or vice versa.”

MORE: Here’s What Happens When You Do Couples Therapy at Age 27

But even if a power shift leads one person to feel less naturally turned on in some situations, a good partner—and certainly one who’s hoping to stay in any LTR—understands and accepts that sometimes sex is a tradeoff. Both people aren’t always simultaneously getting the same amount of pleasure, and that’s normal and okay, says Watson. “Communication is a lifelong process when it comes to good sex,” she says. “You should look for flexibility, listening, and respect in bed and out.”

As for how to talk about this touchy issue, Watson suggests trying sexy suggestions rather than erection-killing criticisms in the moment. “Say, ‘I love it when you do X,’ or ‘I need you to move more slowly so I can enjoy the whole length of you.’ Don’t ever let the accusation ‘I think you’re being selfish’ come out of your mouth unless it’s a breakup conversation.” And be aware of common misconceptions men tend to have about women and sex: Men tend to think all women climax during intercourse (while in reality, only about 15% do); that you only need the same amount of time that he does to orgasm (most women need more); and if you don’t come, he’s inadequate.

MORE: Why I Don’t Regret Dating a Married Millionaire

That’s why it’s important to bring up what’s not working for you gently and sensitively—because insecurities in this area are rampant, and communication, while key, can also completely backfire if not done well. Watson adds that women should keep in mind some biological differences, too: “In the throes of passion, the male brain sometimes goes animal and forgets the subtleties of his partner’s instruction. But when a lover refuses to see the need to learn or give more, it’s a sign of poor character.”

In these instances, don’t be afraid to be a little selfish in return, and put yourself first—even if that means pleasuring yourself (with or without your partner’s help). “Be ruthless about your own pleasure,” says Watson. “Touch yourself with a sly smile of invitation to watch.” Ultimately, everyone has the right not to want to have sex sometimes, but selfishness is a pattern of forgetting your partner’s needs, consciously or unconsciously, she says. “If you’ve been communicating your needs with sensitivity and patience for a long time, and he’s still not interested in making you feel good, it might be time to walk away.” Ruthless, but fair!