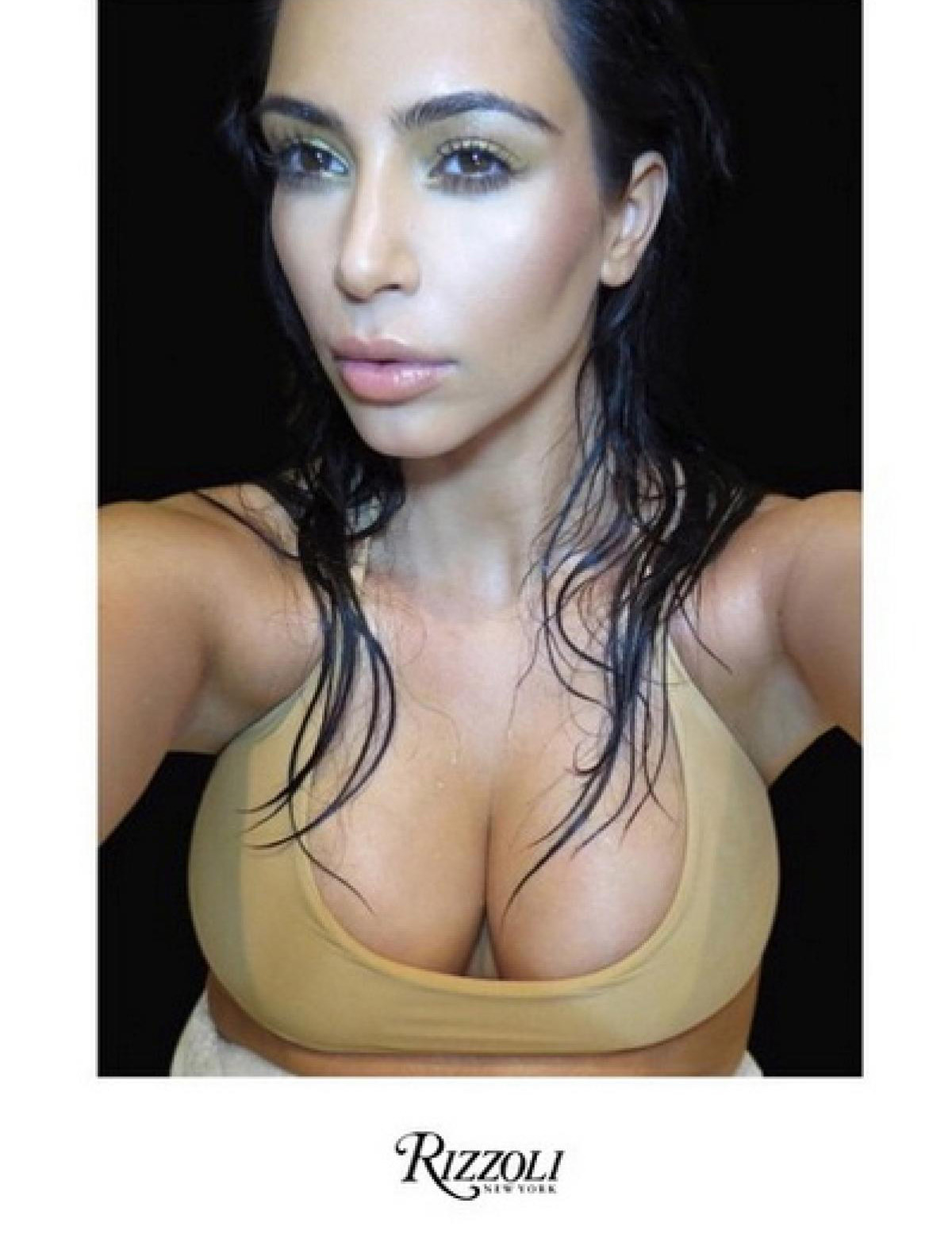 Kim Kardashian has done it all by today’s standards: reality show, fashion line, video game, fragrances, racked up more Instagram followers than Australia has people, a naked photo spread that practically broke the Internet, and she’s landed a very famous husband. And now she’s about to add one more line to her resume: author. Well, kind of. Rizzoli is set to release a copy of Kim Kardashian West: Selfish a collection of the many, many selfies Kardashian has taken over the years accumulated into one book, which retails for $19.95 and will be released May 5.

You’d think Kardashian had somehow penned the next War and Peace for the amount of press surrounding this release. Kardashian herself describes her opus in the book’s front jacket writing: “The pictures in this book bring back so many memories. Spanning almost a decade, they are only a small fraction of the thousands of selfies we considered for publication. From digital cameras, to Polaroids, to Blackberries, and smartphones, these photos document the evolution of my selfies. And as I printed them out and laid them on the floor to make a final edit, I reflected on my very public journey as a daughter, sister, friend, wife, and mother.” War and Peace it isn’t.

The book by the numbers: 445 pages, 300 total selfies including 115 cleavage shots, 23 butt shots, 10 nude selfies, one baby bump shot, and one selfie with an elephant. There are also four selfies of the giant diamond engagement ring given to her by her now husband Kanye West. Conspicuously absent? Any mention of her short-lived marriage to Kris Humphries, though she makes the rather interesting choice of including 39 pages of risqué photos from the now infamous iCloud photo hacking leak, all of which make her buzzed-about Paper magazine spread from last year seem pretty tame.

Like Kardashian, the book inspires a lot of gawking and attention, though you’re ultimately left with the feeling of not being quite sure why. When Selfish first landed in our office, plenty of people stopped by to gape at it as if we’d gotten ahold of the Magna Carta for a private viewing.

In reality, “Selfish” is a diminutive book by coffee table standards—just 7 inches long by 5 inches wide—deliberately selfie sized. The cover is where the book shines, a cool shot of Kardashian, deliberately minimalist in its styling, and enough boob to capture your attention. Open up the book and, well, things go downhill almost immediately.

Organized in chronological order—it opens with photo of Kardashian and sister Khloe from 1984, which she claims was “my very first selfie”—but the book really starts in 2006, offering proof that Kardashian has been obsessed with taking photos of herself well before selfies became a thing. And that she wasn’t always the Givenchy-clad star she is now. Yes, there was a time where Juicy tracksuits were more her thing, and she’s included proof of that.

MORE: Here’s What Meeting Kim Kardashian is Really Like

Some revelations: Kardashian’s favorite place to take a selfie is in the car (she includes a snap she took of herself at a red light with the caption “I think that’s illegal now”). She also likes to take selfies before she goes to bed: “You know your makeup looks good so you have to take a pic.”

Kardashian also likes to use selfies as a tool to make sure her husband approves of what she’s wearing. “I just got this Fendi coat and was in New York. I was in a taxi and took this selfie to actually send to Kanye to see if he liked my new coat. He did,” Kardashian captioned a photo of herself. And, just in case you weren’t sure, bikini selfies are Kardashian’s favorite (she writes that twice in the book to really hammer that point home).

The book overall takes a lot of cues from Madonna’s Sex book from 1992, shot by Fabien Baron, and Mario Testino’s collection of Kate Moss portraits released 2011. The big difference here is that many of the photos in Kardashian’s book have already been seen by millions—the 30.1 million people who Kardashian counts as Instagram followers to be exact.

So what’s the point of buying the book? Has the sheer novelty of owning a piece of Kim at this point become worthy of twenty bucks? Because the text in “Selfish” is so sparse, the most personal this book gets is when Kardashian shares that she has near perfect photographic memory for who’s done her hair and makeup over the years, and an anecdote that reveals she once changed her outfit in a restaurant so she could be shot wearing Lanvin by the paparazzi waiting outside.

And while it’s a given at this point that Kardashian has ushered in a new kind of fame—one in which you can be famous for seemingly being nothing more than yourself—with this book she might also be ushering in a new form of autobiography. Why plug away for years writing about the various life events that have shaped who you are when you can publish a book of selfies with a few short captions?

Kardashian’s true art form, after all, is her capacity to earn money—and you better believe copycats will follow her lead.

Look what just landed in the StyleCaster office! So many @kimkardashian #selfies.