Selena Gomez recently returned from a social media hiatus. The singer was taking time for herself, doing some personal healing. In January, she released a song collaboration with Julia Michaels called, “Anxiety.” And now, Selena Gomez and Zac Efron have sparked dating rumors —but sources ays friends are concerned. While we do love the idea of the two former Disney Channel stars starting a romantic relationship, friends of the two are reportedly concerned that a romance wouldn’t be the best decision for either.

“A lot of people think their chemistry is a recipe for disaster,” a source told Radar Online. “Both of them tend to go off the rails when they’re not living a fully focused, hyper-regimented lifestyle with a team of helpers keeping them on track.”

The 31-year-old actor and 26-year-old songstress most recently worked together on 2016’s Neighbors 2 and apparently got along very well. The source added that the two have “downplayed any fear” related to a romantic relationship and are simply “enjoying the fact they they’ve reconnected.”

There doesn’t need to be any pressure on them to turn romantic or stay friend—or even to define whatever it is they might be exploring. But fans are definitely on board, especially after Efron followed Gomez on Instagram in February. Fans have been “shipping” the couple, which means they totally approve and endorse the relationship.

“Zac Efron and Selena Gomez is a ship from me,” one Twitter fan wrote.

“Can you both date already? @selenagomez @ZacEfron,” another wrote, adding a screenshot of Efron following Gomez—called out!

One fan even found this old footage of Efron and Taylor Swift prank-dancing behind the “Anxiety” singer.

Some aren’t as on board:

“One day @selenagomez will marry for sure. Just hope it doesn’t have to be @ZacEfron to whom she’ll marry.”

One nstagram user has already photoshopped the couple together.

It is true that both Efron and Gomez have struggled with their own demons and have turned to rehab for help. That’s probably the most mature way to handle the issues, though. It speaks to their character that they are both willing to admit they need help and seek treatment.

Efron, who has reportedly used a variety of drugs including Adderall, cocaine and marijuana, completed a stint in rehab sometime during the spring of 2013. A source told E! News nearly five months after the actor got out that Efron was “healthy, happy and not drinking.”

In 2014, Efron opened up about his stint in the treatment facility. The High School Musical star revealed that the constant pressures of his lifestyle caused him to seek “unhealthy coping mechanisms.” Efron appeared on the first episode of Running Wild With Bear Grylls, a reality series on NBC where Bear Grylls takes celebrities on two-day excursions to test their survival skills. Efron got real when asked about his treatment saying, “The challenging part was never the work. That was never it. It was sort of the in-between work—the social aspects outside of it. I mean, everywhere you go to a certain extent, there is press in some form.”

“It was getting to the point where I was caring less about the work and waiting more for the weekend, you know what I mean, when I couldn’t wait to go out and sort of let loose and have fun. But then when Monday and Tuesday were difficult to get through, I was like, ‘Oh this is bad,'” Efron explained to Grylls. “I just really want to never again have to take anything from the outside into me to feel good about my outside, to be comfortable in my present skin.”

It seems Gomez and Efron are both in a better place now and ready to take on 2019. Efron revealed a frosted look at Sundance this year. Wonder if Selena likes the new look? We’re kind of getting white-walker vibes, Zac. Just being honest! 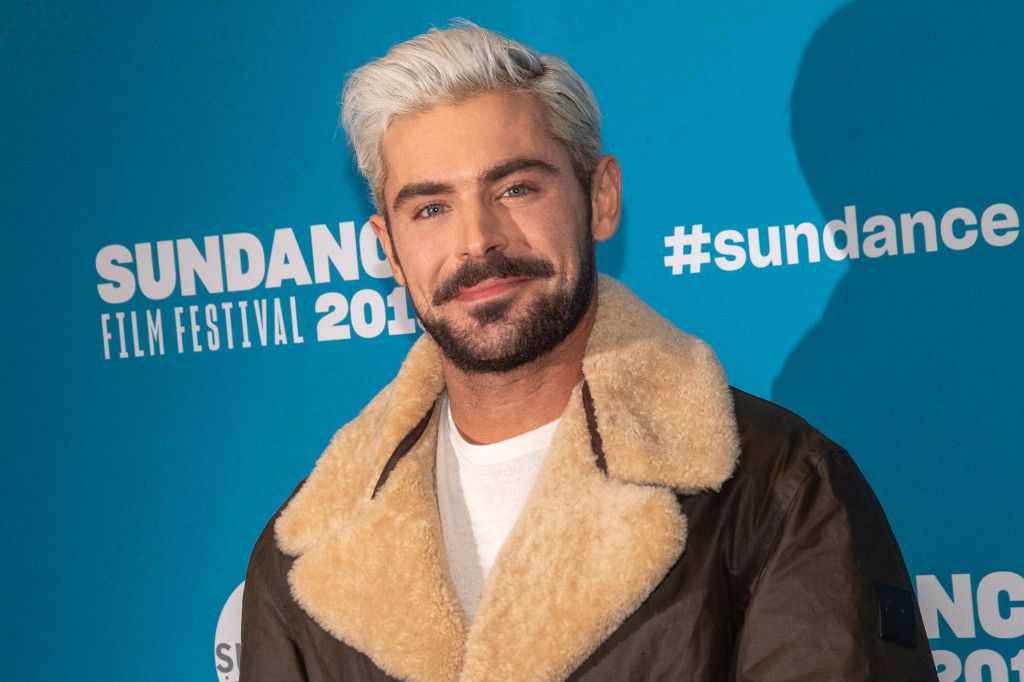 But it’s obviously like a hot white walker with a sexy smolder. Not this creepy AF dude.

Now, will Gomez and Efron take on the rest of 2019 together? We’ll have to wait and see. For now, we’ll keep an eye on the pair’s social media usage…it’s sure to be spicy!