We’re surprised it took this long, but we interrupt whatever important thing you’re doing rn to point out the fact that both The Weeknd and Selena Gomez have now officially stopped following Bella Hadid on Instagram. Sad face, but also—makes sense.

Gomez and The Weeknd used to follow Hadid, but no longer, as Elle points out. Observe:

Yeah—no more love for Hadid from Gomez or The Weeknd. According to “an insider,” this split has been hard on Hadid. “Bella and Abel’s split wasn’t dramatic, but of course she’s hurt and pissed that he’s moved on so quickly with Selena,” a source told People. But they also were quick to add that Hadid broke up with The Weeknd anyway.

Hadid is still following The Weeknd on Insta, so—no hard feelings on her side, apparently, and also, that’s awkward. One person she’s not following? Gomez. Hadid stopped following Gomez on Instagram after those shots of Gomez making out with The Weeknd behind a dumpster were published.

Got it? Ah, what a tangled web we weave. 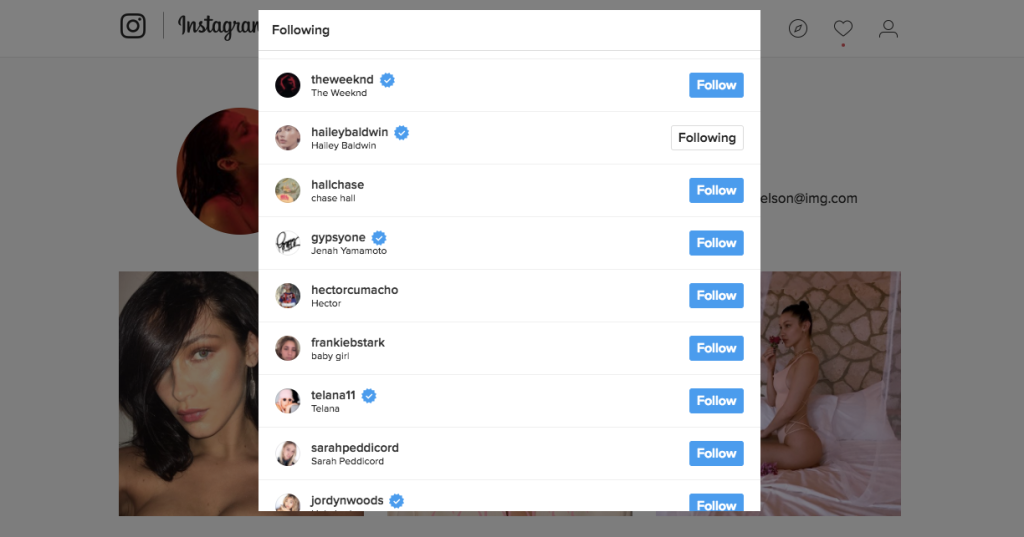