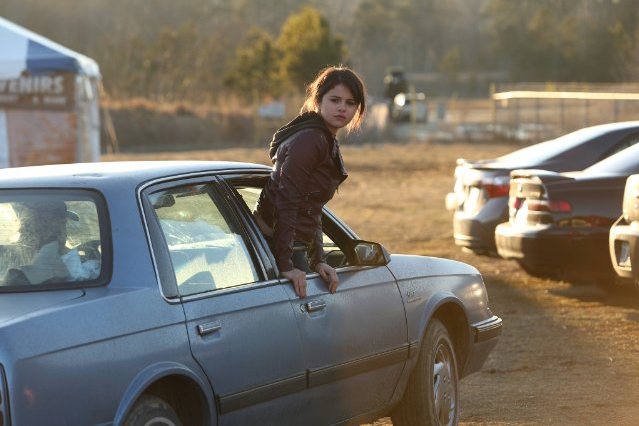 There are many things to love about the upcoming movie “The Fundamentals of Caring.” Selena Gomez and Paul Rudd are an unexpected combination of pure delight, and the fact that they’re not even the love story (that’s between Gomez and an 18-year-old with muscular dystrophy played by Craig Roberts) only makes it better. And then there’s Selena herself, who seems to be solidifying her status as a multihyphenate. But the best part is we don’t have to wait months to see the movie, which premiered at Sundance, in theaters. It will be released on Netflix June 24.

Selena doesn’t appear until halfway through the movie, but she plays a hitchhiker whom Paul and Craig pick up on a road trip. The character is a major departure not only from her previous roles, but also from her real-life personality. Although, it’s not the first time she’s hitchhiked. In an interview with Vulture earlier this year, she admitted to trying but not succeeding at it when she was a kid. “I went outside my house and did it when I was like 8,” she said. “I got in so much trouble because two cars stopped, and then I’d run inside because I was scared.”

Watch the trailer below.