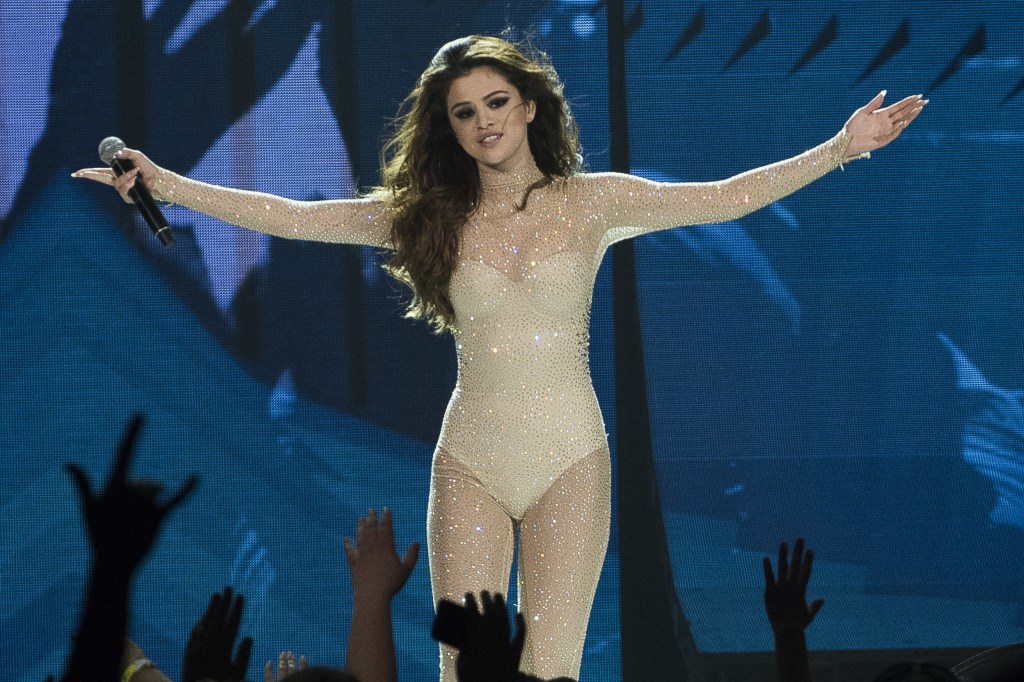 A summer cold was not enough to stop Selena Gomez from performing last night in Australia—and then going out salsa dancing afterward. In a video posted to her IG, she showed off her impressive skills in a tiny crop top and high-waisted bottoms, looking the picture of health. “When my babies take me salsa dancing even when they told me not to because I’m sick… I don’t care,” she wrote.

She was not, however, feeling well at all. As evidenced by various Snapchats over the past couple of days, the young pop star was under the weather down under, lamenting her sore throat and sniffling through several videos. “Guys, my throat really, really hurts,” she said in one. “As if I couldn’t sound more manly—now I definitely do,” she said in another.

But she got through it, and performed her last Australian show in Brisbane, after playing Melbourne and Sydney. Her Aussie superfan Sophie Saunders must have been relieved, as she worked hard to get Gomez to perform in Australia in the first place. Saunders got the surprise of her life when Gomez showed up at her bedroom door unannounced this week, while Saunders was recording her own rendition of “Kill ‘Em with Kindness.”

Gomez’s usual accessory of choice is a microphone, but she Snapchatted herself holding a tissue yesterday, discussing sneezes with her friend. “Wait, what is sneezing?” Gomez says. “Sneezing is a tiny orgasm,” her friend replies. “Where is this information coming from?” Gomez asks. “Scientifically proven!” her friend says.

There you have it. Gomez was spotted “keeping a low profile” today in the Brisbane airport, according to the Daily Mail, en route to New Zealand, where she’ll continue her “Revival” tour tomorrow. Hopefully she’ll be able to ditch the tissues by then.