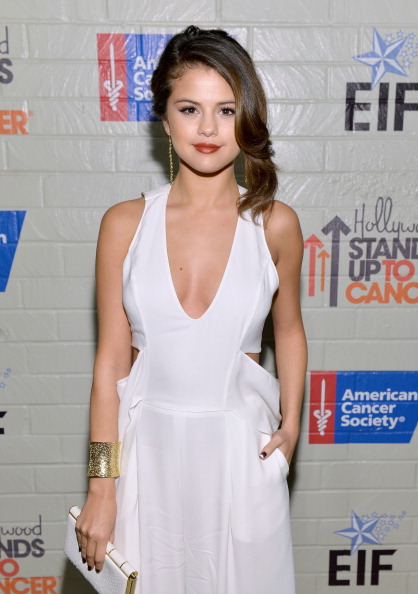 Back in the day, rehab used to be a place to go when you were struggling with drugs and booze, but nowadays it also seems to mean a place where famous young celebrities go when they’re suffering from “exhaustion.” Or other things masked as exhaustion. Some starlets are open about their stays, while others, well, not so much. Case in point: The surprising report that emotional issues sent squeaky-clean former Disney star Selena Gomez to an Arizona rehab in January.

According to RadarOnline, the 21-year-old singer was admitted to Dawn at The Meadows recovery facility in Wickenburg, Ariz., on Jan. 5, a center that treats patients 18 to 26 years old who are struggling with emotional trauma, addiction or dual diagnosis concerns.

“Selena voluntarily spent time at Meadows but not for substance abuse,” a spokesperson revealed to Radar, though a source close to Gomez  revealed that in the months before her stint in rehab, she had been “partying very hard.”

Honestly, if you dated Justin Bieber—the poster child for poor choices and bad  behavior—it’s not shocking that substances might have found their way to you.  Plus, weed seems to be a rite of passage of today’s Disney stars.

As Radar first reported, Gomez had also been struggling since her breakup with the pop star.

“Selena came to understand just what a bad influence Justin had been on her life,” said one source. “Their relationship left her broken-hearted.”

“I don’t know whether Justin pushed her to drug use, but amongst their close knit group of friends, smoking was commonplace,” said another insider.

Are you shocked that Selena Gomez spent time in rehab? Weigh in below!