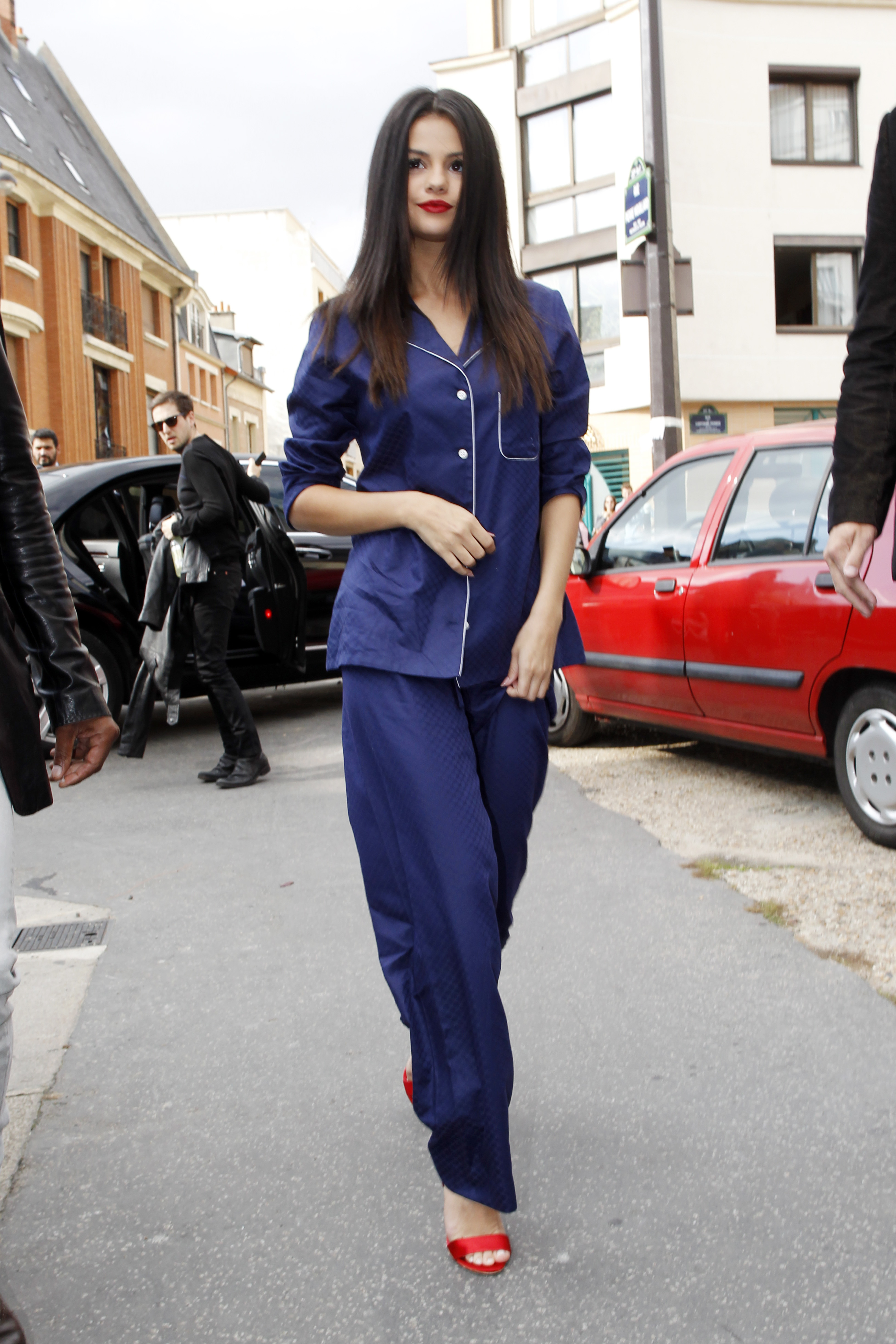 Pajama-inspired dressing has been a trend for seasons now, but Selena Gomez just took it to a whole new level. While out and about in Paris over the weekend promoting her new album, Revival, the singer wore an actual sleepwear set—specifically, Derek Rose London piped PJs ($210).

Admittedly, we’ve dreamed about rolling out of bed and going to work wearing whatever we slept in the night before, but Selena clearly didn’t wake up like this. Instead, she elevated the pajamas with strappy red Brian Atwood sandals, ironed hair, and a bold red lip.

Obviously this outfit is going to be divisive, but Gomez might be onto something: Sleepwear-as-daywear was all over the Spring 2016 runways at New York Fashion Week, with crisp sets shown at Thakoon, lingerie-inspired pieces at Givenchy, and nighties at Prabal Gurung. So, yep, you actually might want to hold back on that judgmental frown and rethink your sleepwear drawer.