Selena Gomez and Justin Bieber were the celebrity couple many of us grew up with. But the on-again, off-again singers have been off for a long time now, and as they moved on, so did we. Selena Gomez responded to Justin Bieber’s marriage to Hailey Baldwin, and it has us feeling the feels. Just because Gomez isn’t romantically involved with Bieber anymore doesn’t mean the 26-year-old singer lost all interest in her former boyfriend’s well-being.

According to In Touch Weekly, the “Anxiety” singer has been fully supportive of Bieber’s nuptials. “She’s sent Justin very loving messages of support,” an insider told the magazine, adding that Gomez is “wishing Justin the best.”

We love to hear it! We’re not surprised either. Gomez has always taken the high road. She’s also been absent from social media the past couple month after announcing in September 2018 that she was taking a break from the modern world. She returned to shared updates on her life in the new year and released her song, “Anxiety,” a collaboration with Julia Michaels in which Gomez opened up about the struggles she’s faced.

On January 24, Gomez shared this sweet note in a post to Michaels: “My sweet soul sister. Julia you have been a huge part of my life. You have taught me how to have courage when I have self doubt. This song is extremely close to my heart as I’ve experienced anxiety and know a lot of my friends do too. You’re never alone if you feel this way. The message is much needed and I really hope you guys like it!”

Bieber, who wed Hailey Baldwin in a New York Courthouse in September, 2018 turns 25 next week and is also set to have a big wedding with his bride and their close friends and family the first weekend of March. The couple opened up to Vogue about the hardships of marriage.

“We’re two young people who are learning as we go,” Baldwin said. “I’m not going to sit here and say it’s all magical fantasy. It’s always going to be hard. It’s a choice.” Some pretty mature words from a young woman, and we’re impressed.  We’re happy for the couple too. Baldwin shared this gem on Valentine’s Day for her love writing, “I get to be his valentine forevaaa evaaa???? 😻😻”

And for kicks here’s a quick throwback to when Jelena was a thing. Do you feel old? We’re glad everyone could work it out. 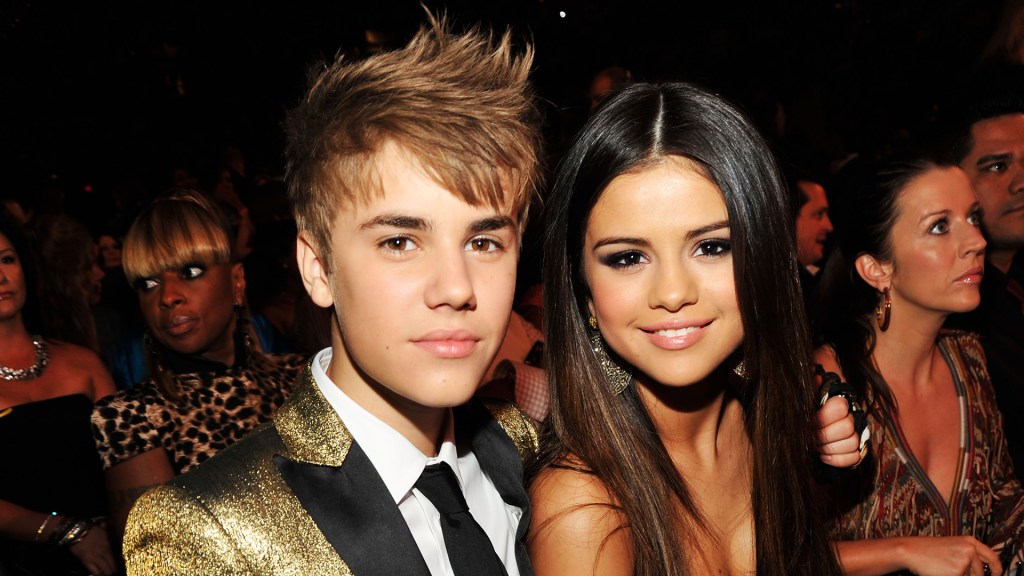